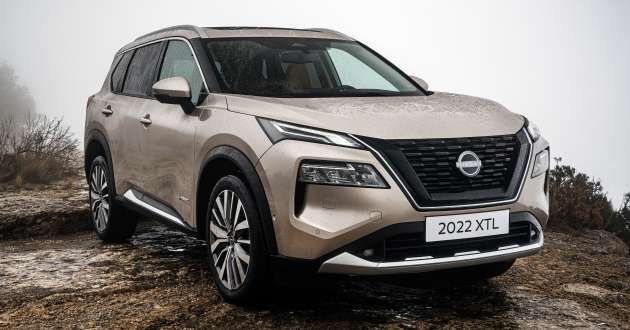 It has been over two years since the fourth-generation Nissan X-Trail (also known as the Rogue in the United States) made its debut. In the time since, the SUV has been launched in markets like China, Australia and more recently, Japan.

Now, it’s Europe’s turn to welcome the latest X-Trail, which will be offered in five- and seven-seat configurations. Only electrified powertrains will be available at launch, starting with a 1.5 litre turbocharged three-cylinder petrol engine that features Nissan’s variable compression technology, which switches to a high compression ratio for fuel efficiency or a lower level if performance is needed.

The VC-Turbo unit is accompanied by a 12-volt mild hybrid system that stores energy in a small lithium-ion battery, allowing for extended idle stop, quick restart, coasting stop and up to 6 Nm of torque assist when needed. Overall, the engine serves up 163 PS (161 hp) and 300 Nm of torque, with drive sent exclusively to the front wheels via an Xtronic CVT. 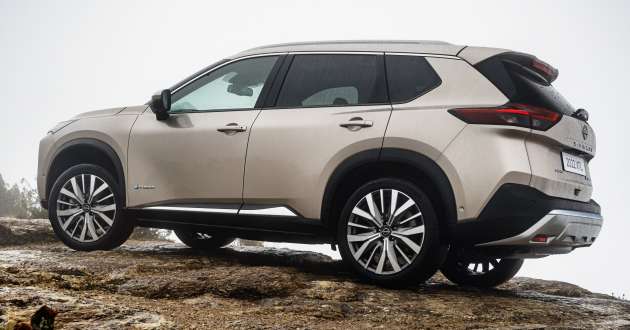 If you need a little more pep, the X-Trail is also offered with two e-Power self-charging hybrid systems. The first features a 1.5 litre VC-Turbo three-cylinder engine, although this acts solely as a generator for the high-output battery which powers a front-mounted electric motor rated at 204 PS (201 hp or 150 kW) and 330 Nm.

With the extra horsepower and torque from the rear motor, the e-4ORCE takes just seven seconds to get from 0-100 km/h (7.2 seconds for the seven-seater), while its best possible fuel consumption is 6.3 l/100 km. The standard e-Power setup requires eight seconds for the century sprint and maxes out at just 170 km/h instead of 180 km/h, although it has the best efficiency at 5.8 l/100 km.

Visually, the X-Trail for the European market looks nearly identical to those sold in other markets, if we don’t account for the different trim structure. It’s the same story on the inside, with familiar items being two 12.3-inch displays, with one being for the NissanConnect infotainment system, while the other acts as a digital instrument cluster.

Nissan says the seven-seat version has a third row that can accommodate passengers up to 160 cm in height comfortably, or they can be folded down to allow for more cargo space. Second-row passengers get their own climate zone (it’s a triple-zone system), along with various USB ports and integrated sunshades.

As for driver assistance, the available ProPILOT with Navi-link includes systems like adaptive cruise control with stop and go, lane keep assist with blind spot intervention and even use data from the navigation system to adjust the speed for approaching curves on the highway that have a tighter radius.