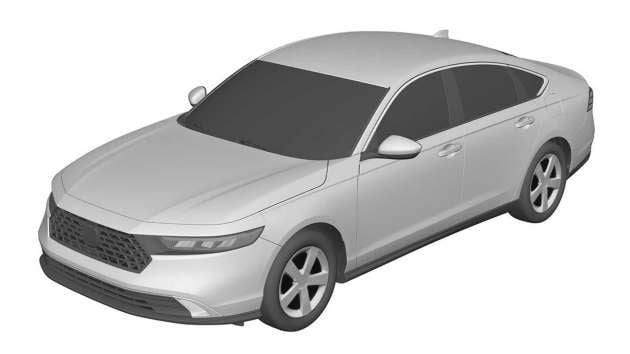 It has been a full five years since the current Honda Accord surfaced. Today’s 10th-generation is a big departure from the three-box sedan it replaced, introducing a low-slung body with a sloping roofline to a segment that has lost prominence due to the rise of SUVs. Still significant enough for an 11th-generation though, and this is our first look at the next-gen Accord.

These images are patent filings in Brazil, and they show a long and low D-segment sedan body that isn’t dissimilar to the current Accord. It looks like Honda is retaining the fastback shape characterised by the sloping roofline and short rear deck. Even the character line on the profile that arches from the front lights to the rear is similar, although the new car gets simpler treatment on the rocker panel area and the end of the daylight opening.

It’s a sleek shape, although the front overhang looks a little long in full profile. In front, Honda has been phasing out the thick chrome bars of the Solid Wing era with simple six-point grilles and slim headlamps, as seen on the latest HR-V and freshly-unveiled new CR-V. The Accord follows suit; and with a very understated slim lower grille, there’s plenty of open bumper room. 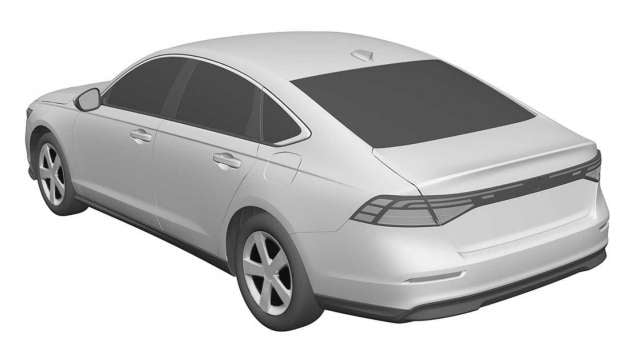 The rear end sees the biggest change from today’s Accord. Gone are the “paper clip” lights from today’s car and in comes full-width tail lamps broken up by the Honda emblem in the centre – just like on the new HR-V. The bootlid has a subtle built-in spoiler, the “diffuser” is just a smooth one-piece trim and the reflectors are high up on the bumper. Tail lamps aside, it’s all familiar.

Our current Accord is powered by Honda’s 1.5 litre turbo-four engine with 201 PS and 260 Nm, with drive going to the front wheels via CVT. This combo is a mainstay for Honda now, and the just-revealed new CR-V gets an updated version of the 1.5L VTEC Turbo engine. The next Accord could well share the same powertrains as the sixth-generation CR-V, including an e:HEV hybrid.

So, what’s your first impression of the next-gen Accord with Honda’s new front and rear language? Also, would you rather have a D-segment sedan like the Accord or a C-segment SUV like the CR-V, and why?