The all-new second-generation Mercedes eSprinter is still about half a year from its official launch, and much of its details have been closely guarded by Mercedes. However, with the release of a recent efficiency test, Mercedes revealed a very big piece of the puzzle, the expected driving range as well as the size of the new eSprinter’s battery pack.

Mercedes launched the first all-electric version of its extremely popular Sprinter van, to select European markets in 2019. It is a low-volume vehicle and Mercedes’s target customers are companies making deliveries to businesses in urban centers. 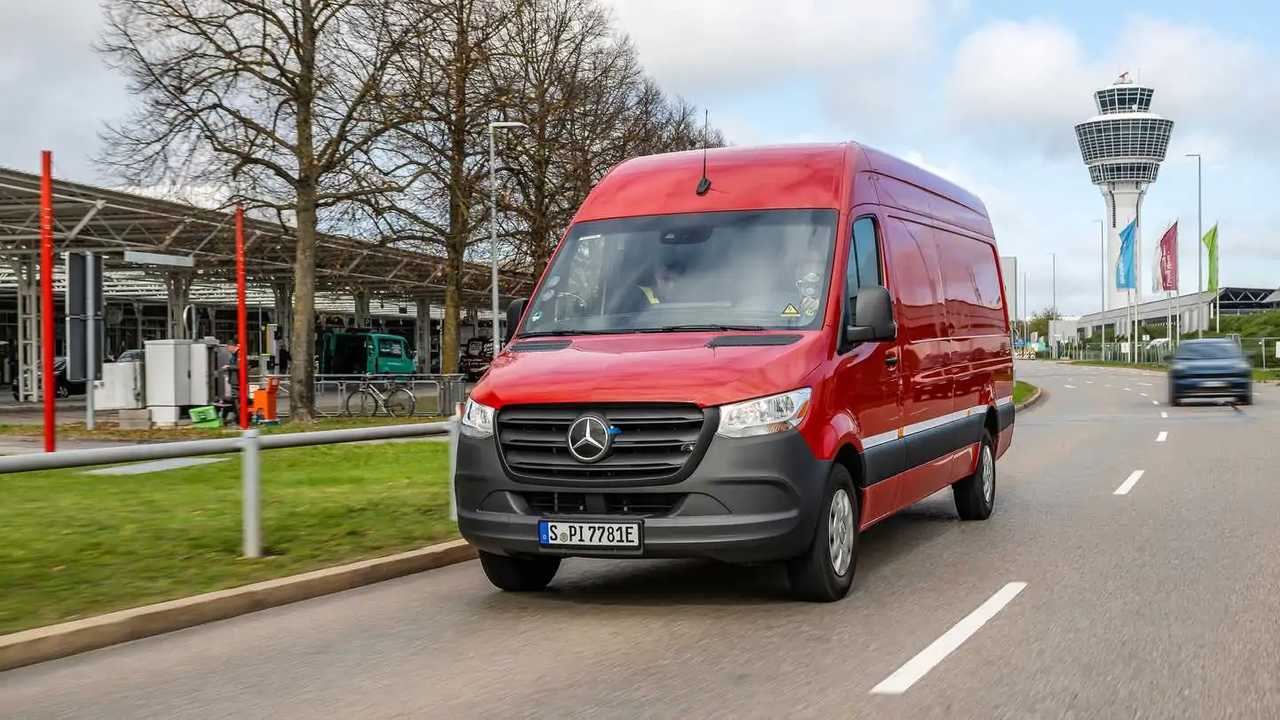 Its limited usefulness is due to the fact that it doesn’t go very far on a single charge. The eSprinter is offered with two battery options, a 41 kWh battery with 71 miles of driving range, and a 55 kWh pack with 93 miles of range. It’s also important to point out that those range estimates are using the WLTP range rating, which usually produces about 12% to 15% more estimated range than EPA range figures.

Therefore, if the current eSprinter was available in the US, the EPA range ratings would likely be about 60 miles and 80 miles, respectively. This is most likely the reason why Mercedes never offered the eSprinter on North American shores, as very few businesses would find it useful.

However, that’s about the change. Not only will the second-generation eSprinter be available in the US and Canada, but we’re also actually getting it first. That’s right, the new eSprinter will be available in North America before it’s even available in Mercedes’s home country, Germany.

We are still in the dark regarding most of the new eSprinter’s features and details, and most likely won’t have anything substantial to report on that for a couple of months. However, with the release of this recent efficiency test, we’ve learned that the new eSprinter will have more than three times the driving range of its predecessor.

The efficiency test was strictly monitored by the product testing and compliance organization, TÜV SÜD. The tires were inflated to the manufacturer’s specification before leaving and a TÜV SÜD representative rode inside the van as a passenger to oversee compliance.

Under this TÜV SÜD supervision, a Mercedes employee was able to drive the new eSprinter from Stuggart to Munich and back, covering a total of 295 miles and ending with 3% state of charge displayed.

Furthermore, TÜV SÜD confirmed a consumption rate of 21.9 kWh per 100 km for the test drive, which translates to 2.84 mi/kWh. With that nice tidbit of information, we can back into the size of the battery pack, or at least get pretty close to its usable capacity. 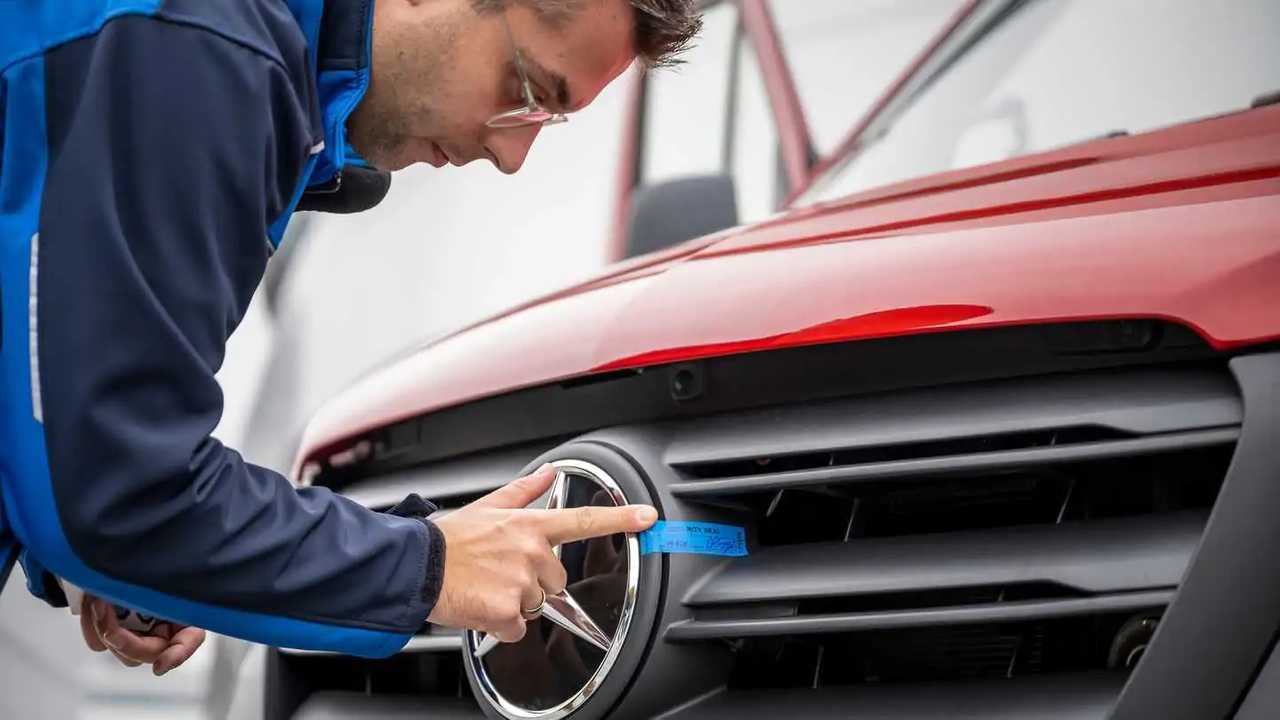 For the 2024 Mercedes eSprinter efficiency test, a seal was placed over the chargeport to prevent cheating.

Since they ended the efficiency drive with 3% state of charge and 12 miles of estimated remaining range, we’ll add 12 miles and arrive at 307 miles from 100% to a flat battery. Since the consumption rate was 2.83 mi/kWh, we can conclude that the new eSprinter’s usable capacity is at least 108.5 kWh.

We say at least 108.5 kWh because we don’t know if Mercedes has a few kWh hidden at the low end so the vehicle can still drive a few miles once the state of charge and estimated miles remaining reads zero, as many EVs do.

If that is the case, the usable battery capacity is likely about 110 kWh, which is double the size of the largest battery option available in the current eSprinter. 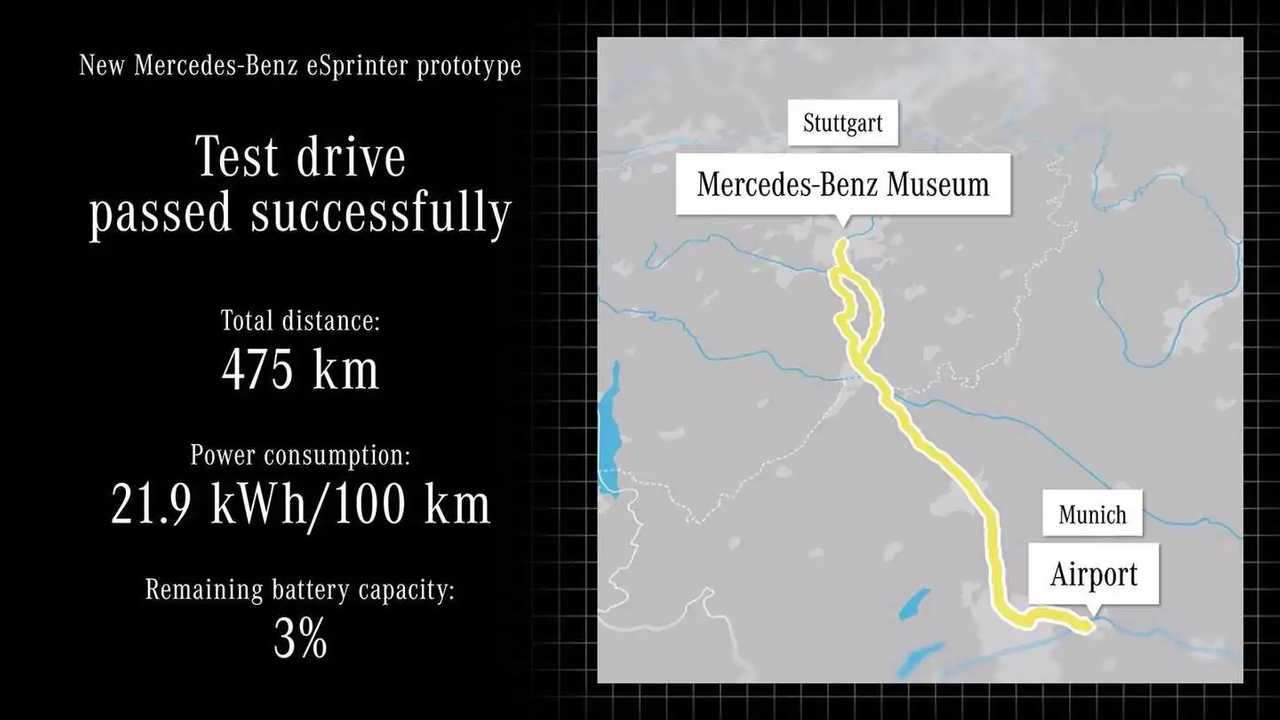 The new eSprinter will have three battery options available globally. However, initially, only the largest battery option will be available in North America, which is the pack that was used in this efficiency test.

The route chosen was a combination of city and highway roads and was actually a challenging route. The lowest point of the route was 689 feet above sea level and included a climb up to 2,575 feet. We suspect if the course was on a flat route with minimal elevation change the eSprinter would have most likely added 10 or more miles to the final result.

The eSprinter will be produced in Düsseldorf and Ludwigshafen, Germany, as well as in Mercedes’s Charleston, South Carolina plant starting in the second half of 2023.

We’ll continue to monitor eSprinter updates from Mercedes as they are released. With this much driving range, the new eSprinter will work for many business applications, and suspect it will be in high demand when it arrives in Mercedes showrooms next year.