CharIN has officially launched at the EVS35 in Oslo, Norway, the Megawatt Charging System (MCS) DC fast charging connector for heavy-duty vehicles. As was can see, it has a new triangular shape.

The MCS has been under development for about four years, since CharIN initiated the Task Force for Heavy Duty Charging for Commercial Vehicles, at the 1st CharIN North America Conference in 2018.

Now, after completing development and tests (including at NREL), a working prototype of the MCS has been demonstrated on an Alpitronic charger and a Scania electric truck, which was able to receive more than 1 MW of power. 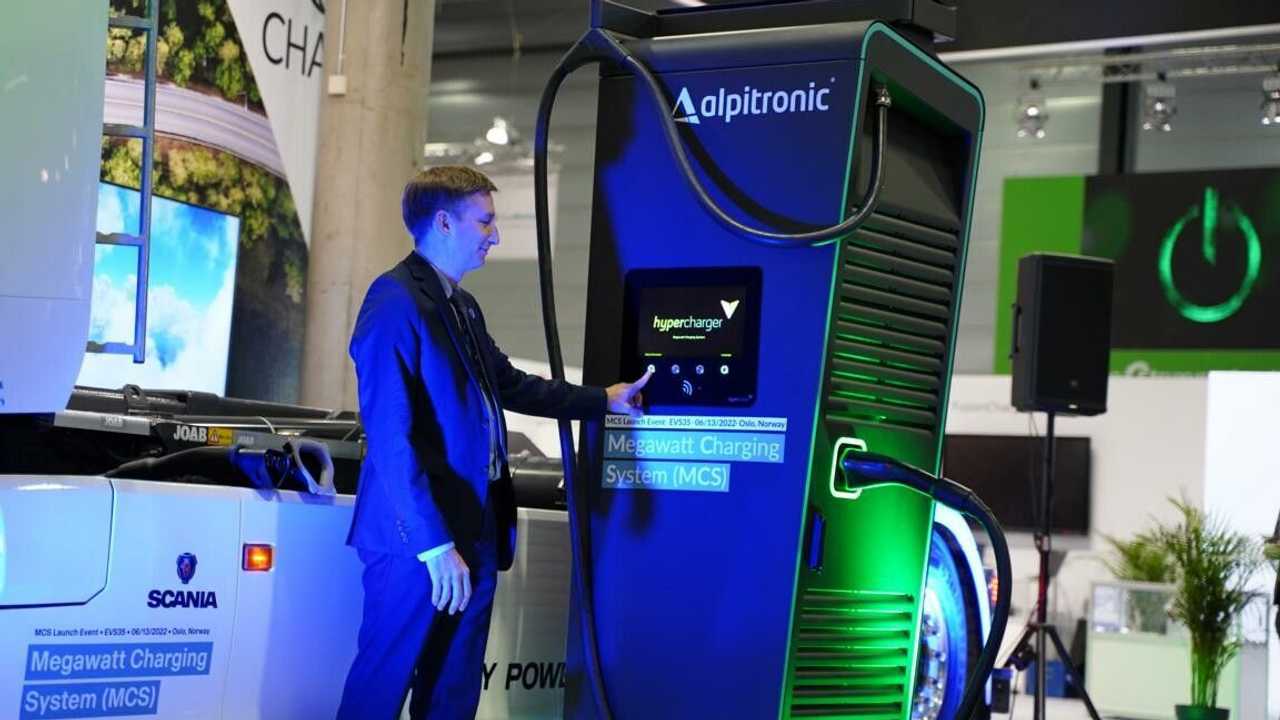 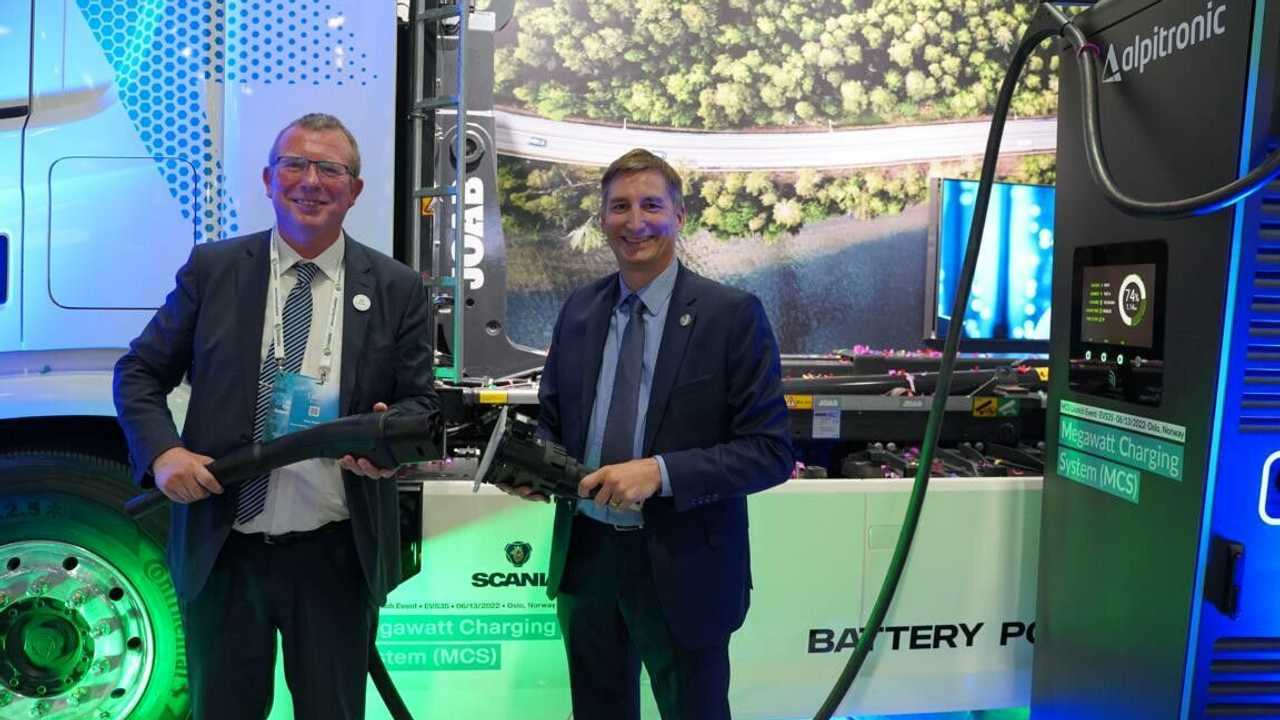 CharIN says that the MCS is “based on globally aligned requirements and a technical specification to develop the requirements for a worldwide standard”, which means that there is a strong hope for global adoption of the MCS for trucks, buses (Class 6, 7 and 8 commercial vehicles in general and more than 1 MW charging rates) and potentially other industries, including marine, aerospace, mining, or agriculture.

The publication of the final MCS standard is expected in 2024, meanwhile, starting later this year, CharIN members will present their respective products implementing MCS.

The MCS is not only a new single conductive plug for megawatt charging but also “the common agreement on one and the same position of the MCS Connector on all trucks worldwide” – all MCS manufacturers will install the charging inlet on the left-front side to simplify the infrastructure layouts.

In Germany, CharIN members are already testing the MCS in the real world.

“A Consortium of interested partners from the industry and research institutes have already started a pilot in Germany, the HoLa project, to put Megawatt Charging for long-haul trucking in real world conditions, and to gain more information about the European MCS Network demand.”

And here we can see photos of the triangular MCS plug and inlet:

It’s expected that at some point after the launch, MCS will get an option of automatic connection. Charging from CCS chargers probably will be possible through a special adapter.

An interesting thing is the bi-directional capability, as in theory, a truck full of batteries could become a small power plant.