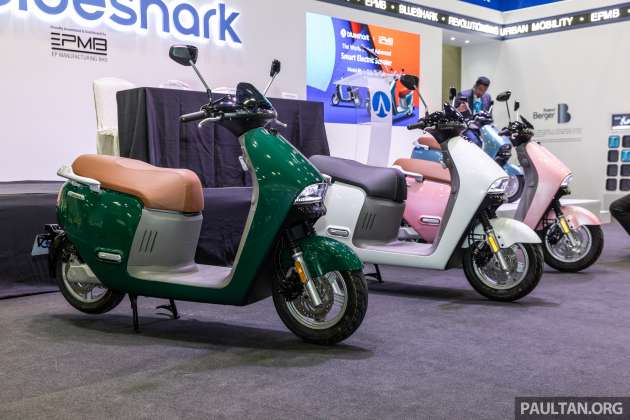 Its subsidiary, Eve Energy Malaysia plans to invest up to US$422 million (RM2 billion) for the construction of the battery plant in Malaysia that will manufacture 21700-format battery cells, which will be for the production of local electric bikes and power tools, the company said. This project will see the battery production plant constructed in no more than three years, according to its announcement.

Its investment is part of the company’s growth strategy and long-term plan towards building its global market share in the electric two-wheeler segment, said Eve Energy.

Locally, EP Manufacturing will be producing Blueshark electric scooters in Malaysia for sale in the country and other markets in Southeast Asia. This will use swappable battery technology, the infrastructure for which has received US$50 million (RM235 million) following an agreement between Blueshark parent company EP Manufacturing (EPMB) and CIS Pride Fund SPC.

Elsewhere in the EV segment, Eve Energy is one of two battery suppliers that will be providing BMW with 46 mm-diameter battery cells for its Neue Klasse range of electric vehicles, the other battery manufacturer being CATL.

Eve Energy currently has 2.35% share of the EV battery maker market in China; CATL and BYD are the first- and second-largest producers with shares of 47.8% and 22.4% respectively, according to data by the China Automotive Battery Innovation Alliance (CABIA).