W Series runner-up Beitske Visser “absolutely” foresees a time in the next decade when a woman will be racing in Formula 1.

The 25-year-old from the Netherlands was second to Jamie Chadwick in the inaugural W Series in 2019, with the championship for female racers cancelled last year due to the global health pandemic.

But circumstances permitting, it will be back for 2021 with an eight-race schedule due to run from June to October – and has received the boost of being incorporated into the Formula 1 weekend schedule in order to generate more media and public attention.

Ultimately, Visser, who competed with Sophia Florsch and Tatiana Calderon in an all-woman line-up at the 2020 Le Mans 24-Hour Race and finished 13th overall, thinks a female driver will eventually be in F1 itself – in the not-too-distant future.

“Within 10 years I certainly expect a woman in Formula 1 again,” said Visser during an interview with Dutch media outlet AD.

“Absolutely. I see the sport changing, on all levels. You see more and more women in and next to the cars. You can actually see it everywhere, therefore soon also in Formula 1. I think the sport is ready.” 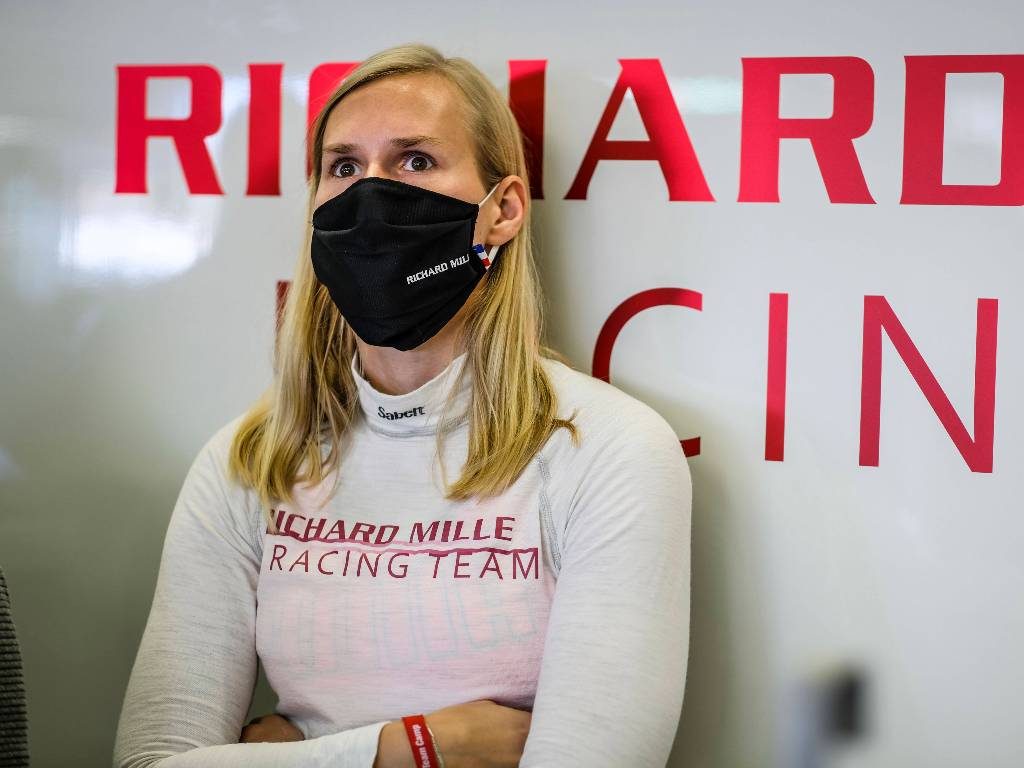 Sign up to the official Formula 1 store and save 10% on your first order!

Only two women have ever driven in a Formula 1 race – Maria Teresa de Filippis on three occasions in 1958 and Lella Lombardi, who scored a half-point in the 1975 Spanish Grand Prix. Half points were awarded due to the race being stopped early following a crash that killed four people trackside, with Lombardi in sixth place at the time.

Of the W Series being switched from the DTM calendar to F1, Visser added: “The link with Formula 1 is definitely a big improvement. DTM was great too, but Formula 1 is much bigger and more popular. It means even more people will see us.”

While admitting an F1 chance for herself is “no longer very realistic…I simply don’t have that money”, Visser is nevertheless looking forward to joining Max Verstappen in action at her home Dutch Grand Prix in September for round six of the W Series.

“I am really looking forward to that,” said Visser, quoted by NOS. “It is good that we are becoming part of Formula 1. Due to the popularity of Max, many viewers will now also discover the W Series. The platform is getting much bigger.”

Visser is also encouraged by Ferrari taking on 16-year-old Dutch-Belgian driver Maya Weug as the first female member of their Driver Academy.

“A mega opportunity for Maya,” said Visser, who was herself a part of the Red Bull programme in 2013.

“Maya is really good and with the support of Ferrari, she can go very far.”