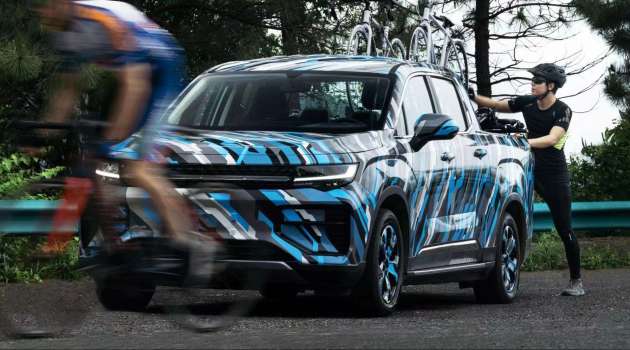 Here are the first official teaser images of the upcoming Geely RADAR electric pick-up truck. These teasers were posted on Geely’s Twitter account and shows a Geely RADAR lightly wrapped in blue camo.

The truck is seen being used by a group of cyclists in the teaser set, hinting at a lifestyle/outdoor hobby product positioning instead of a commercial workhorse. 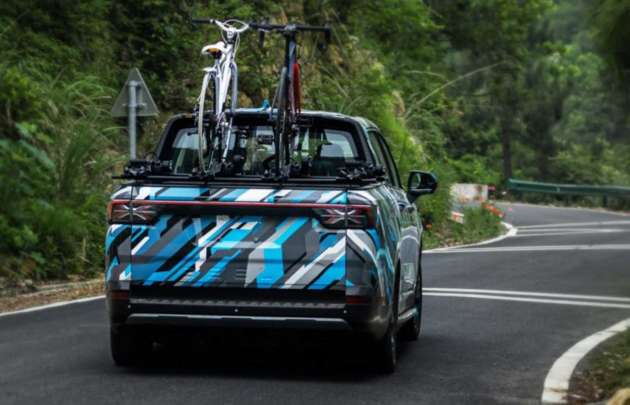 Judging by the size of the truck in comparison to the bicycles loading on it as well as the cyclists, the RADAR looks like a compact pick-up truck like the Toyota Hilux/Ford Ranger instead of something bigger like the Ford F150, which means it’s physical size would be suitable for the Malaysian market.

We also see the word GEELY embossed in the tailgate design, which could point to the product carrying the Geely brand instead of RADAR being a standalone brand as previously speculated.

Patent images of the Geely RADAR were seen in May this year. It shows a more traditional shape for the RADAR, making for a better looking pickup truck compared to the Farizon FX, another Geely pickup which looks more like a Proton X70 with a short bed grafted onto the rear.

It is said to be built on Geely’s Sustainable Experience Architecture (SEA) platform, which would make it a unibody platform instead of a body on frame construction like typical pickup trucks. SEA is a flexible platform which also underpins the Zeekr 001 coupe SUV and the Smart #1 SUV. 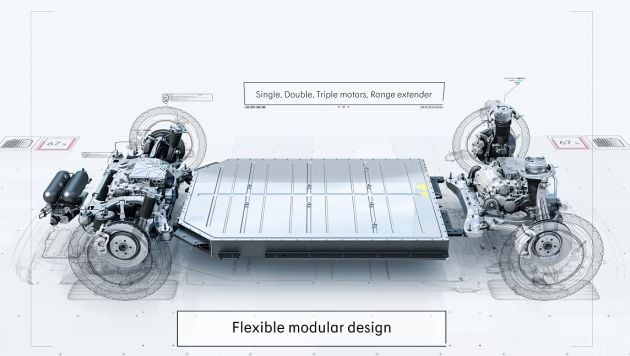 Since the Smart #1 is coming to Malaysia, could a pickup truck also be in Geely’s plans for the Malaysian market? Would you be interested in an electric pickup?