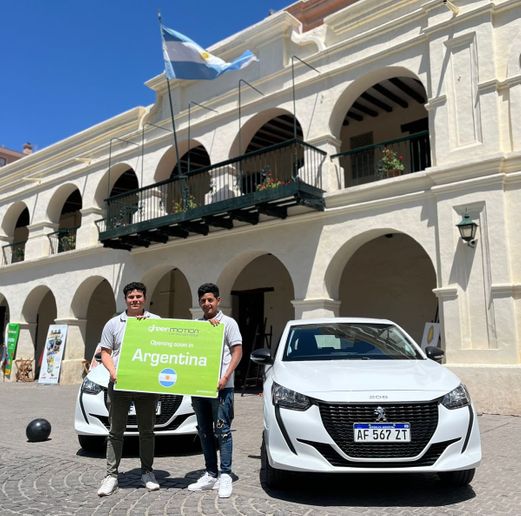 U.K.-based Green Motion announced another expansion milestone on Oct. 13 with the opening of its first franchise in a new continent, in partnership with new franchisee, Carlos Villalba.

With Villalba's local car rental company having been in operation for the past five years, he and his team intend to have a significant fleet from the start and to open in seven major tourist locations throughout Argentina, as well as acquire subfranchises covering secondary locations. The new franchise will open offices in Salta Airport, Salta downtown, and Jujuy Airport by the end of the year.

The new offices in Argentina marks Green Motion's entry into a fresh market and achievement of strategic goals for the year, while also providing an opportunity to learn about a new market and gain additional resources, according to the announcement.

"I am incredibly privileged to welcome Carlos to the Green Motion family," said Richard Lowden, founder and CEO of Green Motion. "Green Motion opening in Argentina represents another major stepchange for our business, with this being the first franchise country sold in the South American market, and we are thrilled to have the opportunity to continue the rapid expansion and success of our brand in such a beautiful country."

The eighth largest country in the world, Argentina attracts millions of tourists every day, and all planned Green Motion offices are located in densely populated areas with potential to grow, the statement said.

As part of their continued expansion strategy, the Green Motion team will attend the WTM in London early next month, gathering the majority of their franchise partners and giving them a chance to meet, connect, and discuss the Green Motion business.