Mazda just showed its all-new CX-50 to the world a day ago. Essentially a more chiseled, off-road-focused version of the CX-5, it’s part of a bigger push to move Mazda up-market. An even larger part of this initiative—literally—is its enlarged cousin the CX-60, a vehicle that has yet to be released and which we know little about. Thanks to a sneaky photographer, though, that’s changed.

Mazda’s new two-row SUV has been caught on video completely undisguised during a photoshoot in Japan. Both a white car and one painted in Mazda’s eye-catching Soul Red were captured on film in reasonably high resolution. Only the front three-quarters of the cars were recorded in detail, but it’s better than nothing. 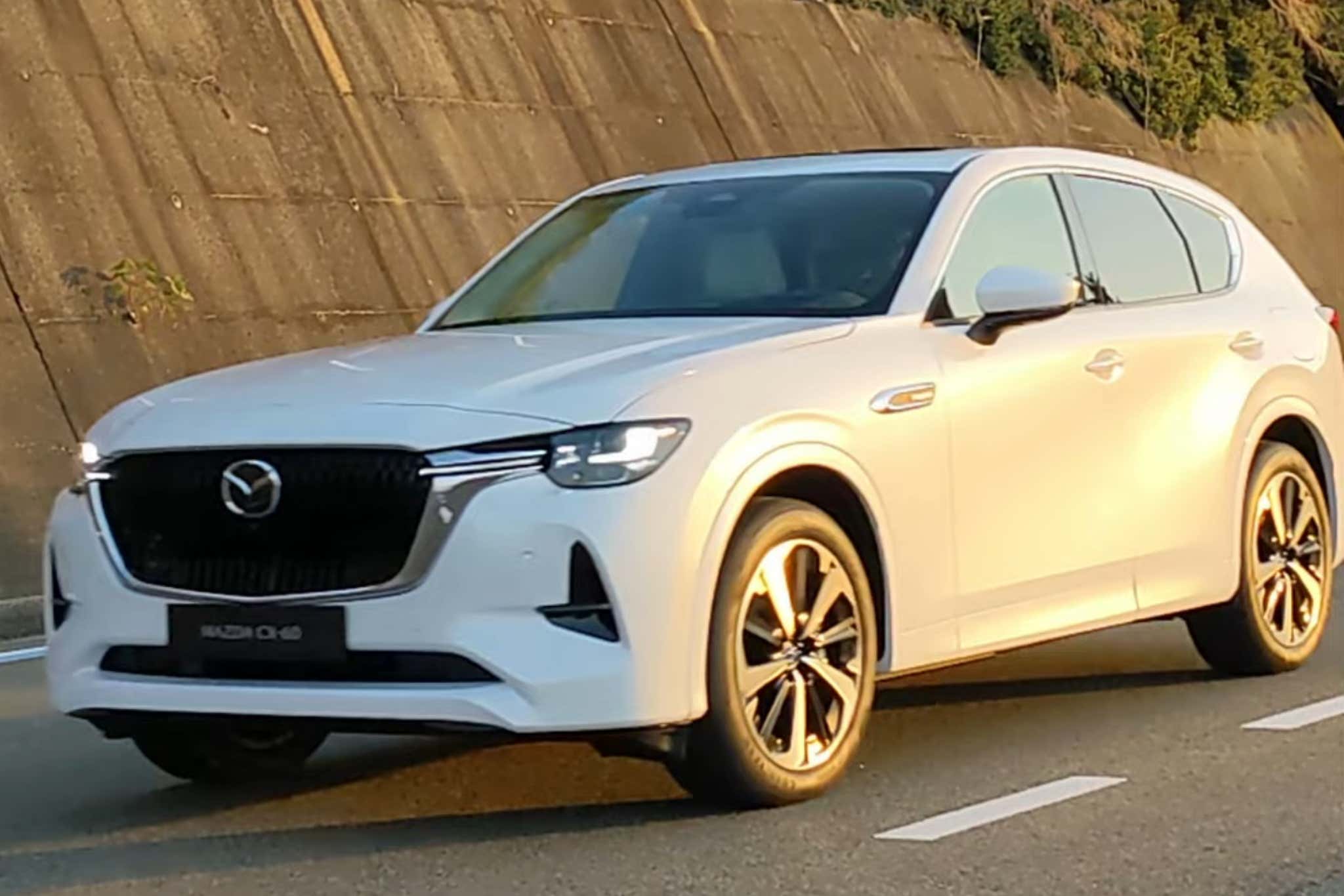 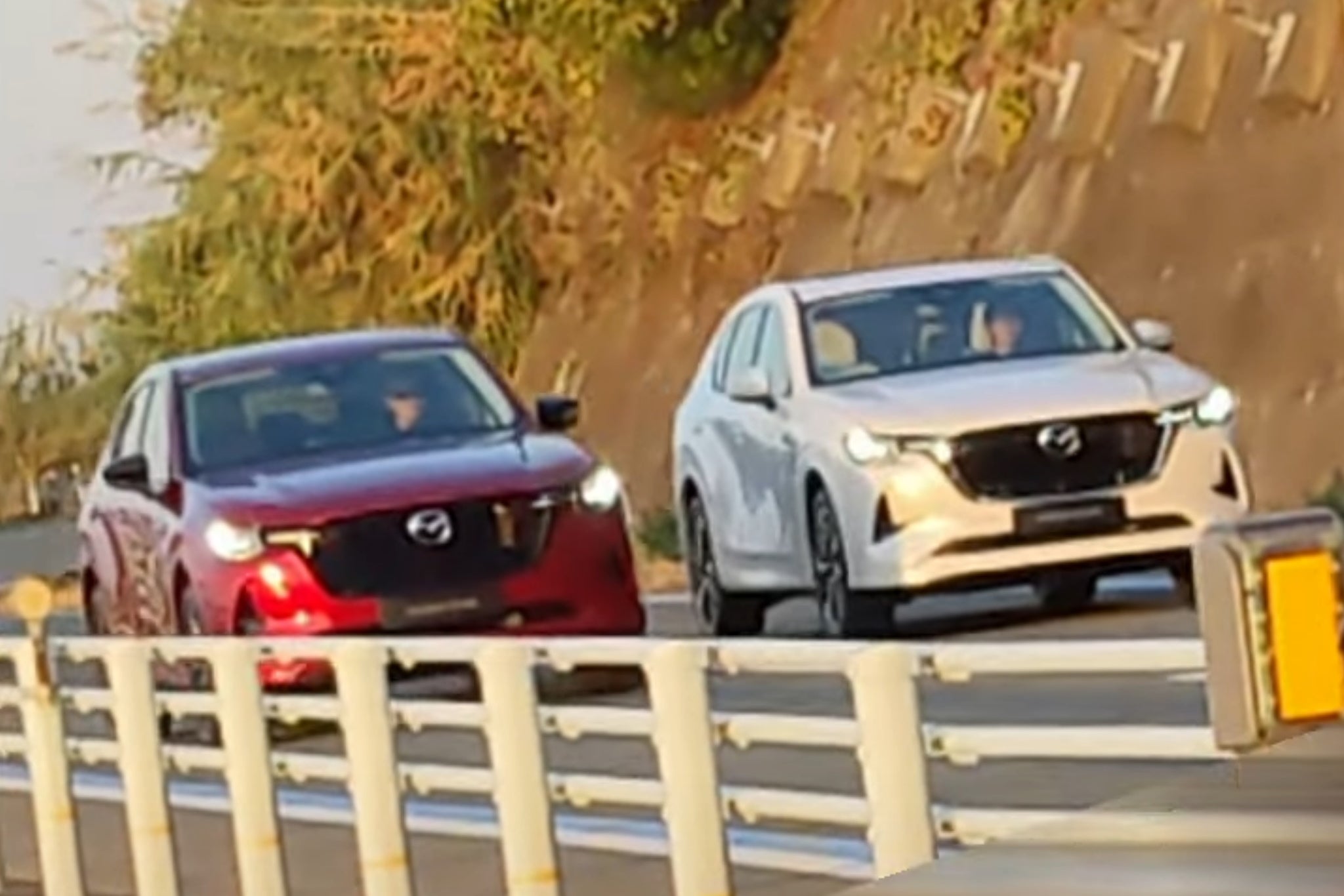 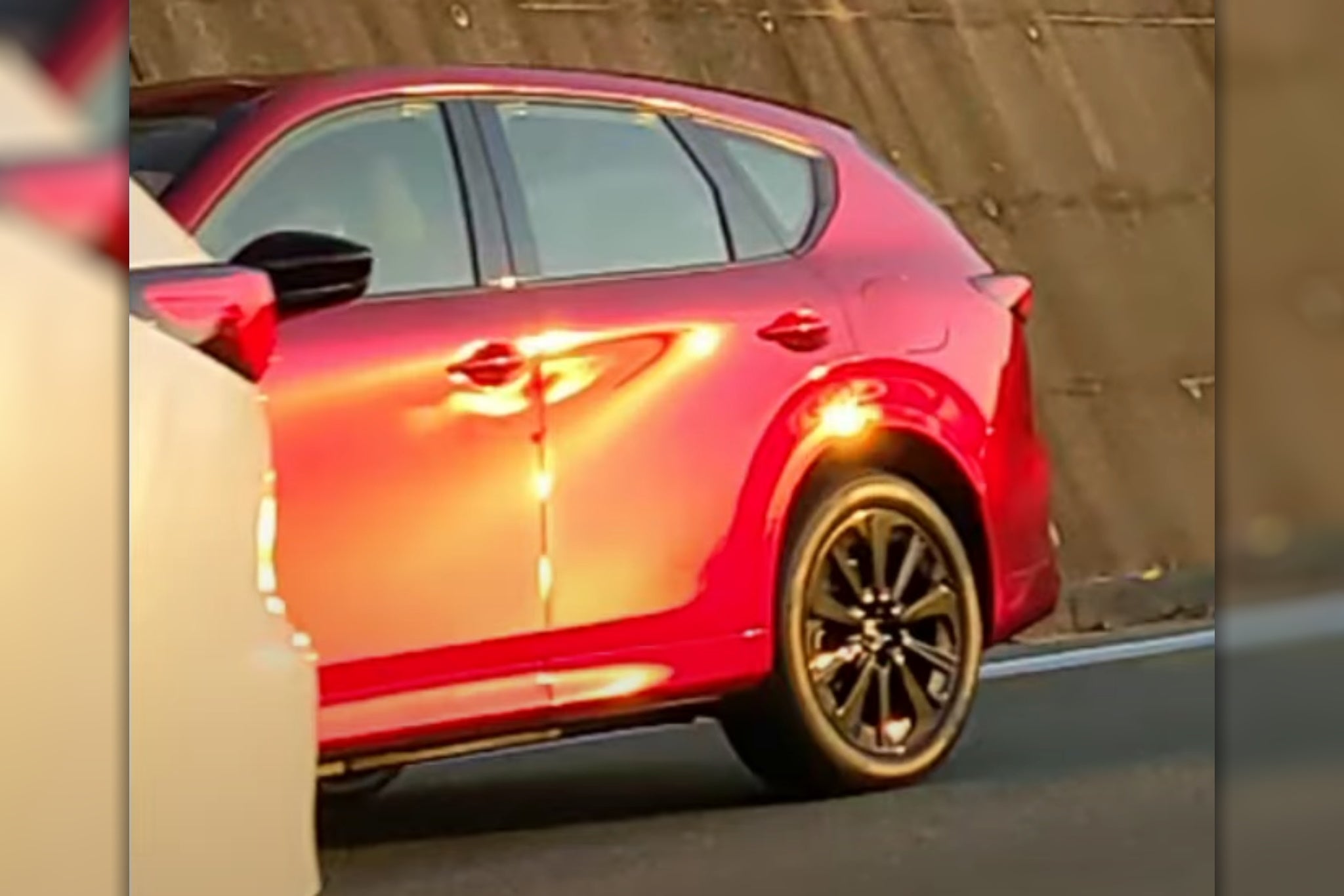 The new CX-60 has been slated for a formal release by 2023, although a precise date for its introduction hasn’t been announced yet. Importantly, the CX-60 is set to be one of the first Mazdas equipped with the company’s new turbocharged, mild-hybrid inline-six engine, which has been hotly anticipated. Which powerplants the two CX-60s that were spotted in Japan were equipped with is unclear, however. It’s possible that lower trims will be offered with some flavor of Mazda’s 2.5-liter four-cylinder.

The Soul Red car is probably a sportier version of the two-row CX-60, as it’s equipped with blacked-out wheels, mirrors, and trim. The white car looks like a higher trim as well, as it has large alloy wheels and chrome accents around the grille and windows. Below, you can watch the full clip showing the cars.

Along with the CX-60, Mazda is also prepped to introduce a larger, three-row CX-90 sometime next year. Let’s hope we catch as good a view of that as we did of this. Or, better yet, a peek of the upcoming replacement for the dearly departed Mazda 6.