Seven-time MotoGP champion Valentino Rossi has announced that the 2021 season will be his last, bringing to a close one of the most successful and fan-loved racing careers of all time.

Rossi broke the news Thursday during practice day for this weekend’s Styrian Grand Prix, to be held at Austria’s Red Bull Ring—the site of his first podium in the 125-cc class back in 1996. Come 2022, for the first time since the 42-year-old Italian was a teen, he will not race motorcycles, though he will reportedly oversee the entry of his own Ducati-backed MotoGP outfit, Sky Racing Team VR46. 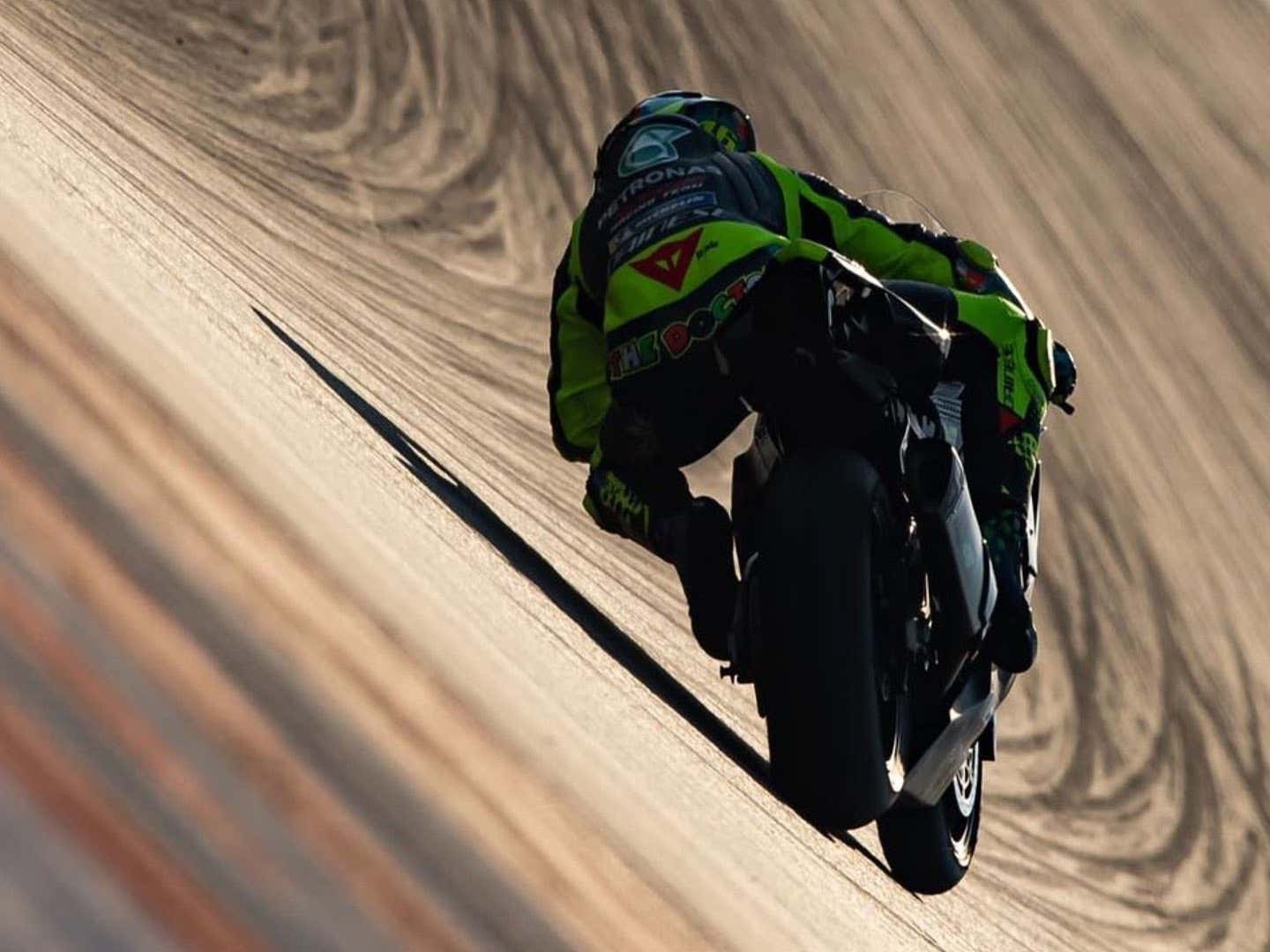 “It’s difficult, it’s a very sad moment because it’s difficult to say and to know that next year I will not race with motorcycles. I’ve done this for more or less 30 years so next year my life will change after some point of view,” said Rossi after his announcement, reports Motorsport. “But anyway, it was great, I enjoyed it very much, it’s a long, long journey and it was really, really fun.”

Rossi leaves a legacy of nine titles across five classes of bikes, two of which came back-to-back with different manufacturers, which was a MotoGP first. In the series’ premier class, he has amassed a total of 363 race starts, an all-time record, from which he collected 89 wins. More than half (56) came during his stints with Yamaha, for which he finished on the podium in 142 of his 254 starts, making him the most successful Yamaha rider in history.

The tail end of Rossi’s career hasn’t been as fruitful, however, as he hasn’t won a race since 2017, and even his volume of podiums has dropped. So far, 2021 has been the deepest he has gone into a professional racing season without achieving one since his rookie year, 1996. Of course, that year’s first came in Austria, where he races this weekend, so maybe Rossi can punctuate his career with some congruity.

Even if he doesn’t, Rossi will still retire deservedly into the pantheon of racing greats.