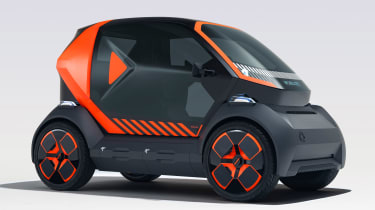 Groupe Renault has launched a new brand called Mobilize as part of its restructured business. Mobilize lines up alongside the Renault, Alpine and Dacia brands as a new urban-focused mobility provider, with car-sharing, pay-as-you-go usage and sustainable motoring being at its forefront.

Key to the establishment of the new brand will be a car sharing initiative built around four new purpose made vehicles – one of which has been previewed in concept form.

The Mobilize EZ-1 prototype is a spiritual successor to the Renault Twizy. A compact, two-seat electric vehicle with a 1+1 seating arrangement, it’s designed for shared use. Users will only pay for what they use, graded either by mileage or drive-time. It comes with keyless access, and interacts with drivers and users via a smartphone app. 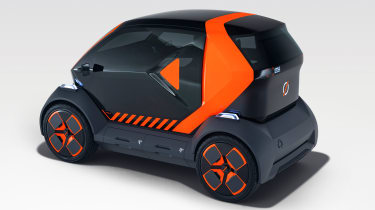 Technical specifications have not been announced, but the EZ-1 makes use of a battery swap system rather than relying on recharging infrastructure.

Mobilize will be responsible for developing new charging technology and services for the entire Renault group. It is developing a charging pass for Renault customers, allowing them to easily locate a charging point and pay using a single Europe-wide accepted method. The company will also expand into the energy storage industry, using recycled batteries from Renault electric vehicles.

What do you think of the Mobilize EZ-1? Let us know your thoughts in the comments section…