Tesla has shared an interesting video with a Tesla Semi delivering pre-assembled Superchargers at the Laguna Seca race track in California.

As we can see, the electric semi was able to take two Supercharging modules, each with four individual stalls for a total of eight (most likely V3 with an output of up to 250 kW per stall).

The Tesla Semi is not yet in series production, so we assume that it’s one of the test vehicles, which is being used to gain valuable data ahead of production, as well as to support Tesla’s marketing.

Considering that Tesla is installing a few new stations per day (on average, globally), the use of a single Semi has no big impact on the overall progress.

The cool thing about the prefabricated Superchargers is that they can be produced at the plant with consistent quality and quickly transported for very fast installation, compared to the conventional way, when everything had to be installed and connected individually at the site. 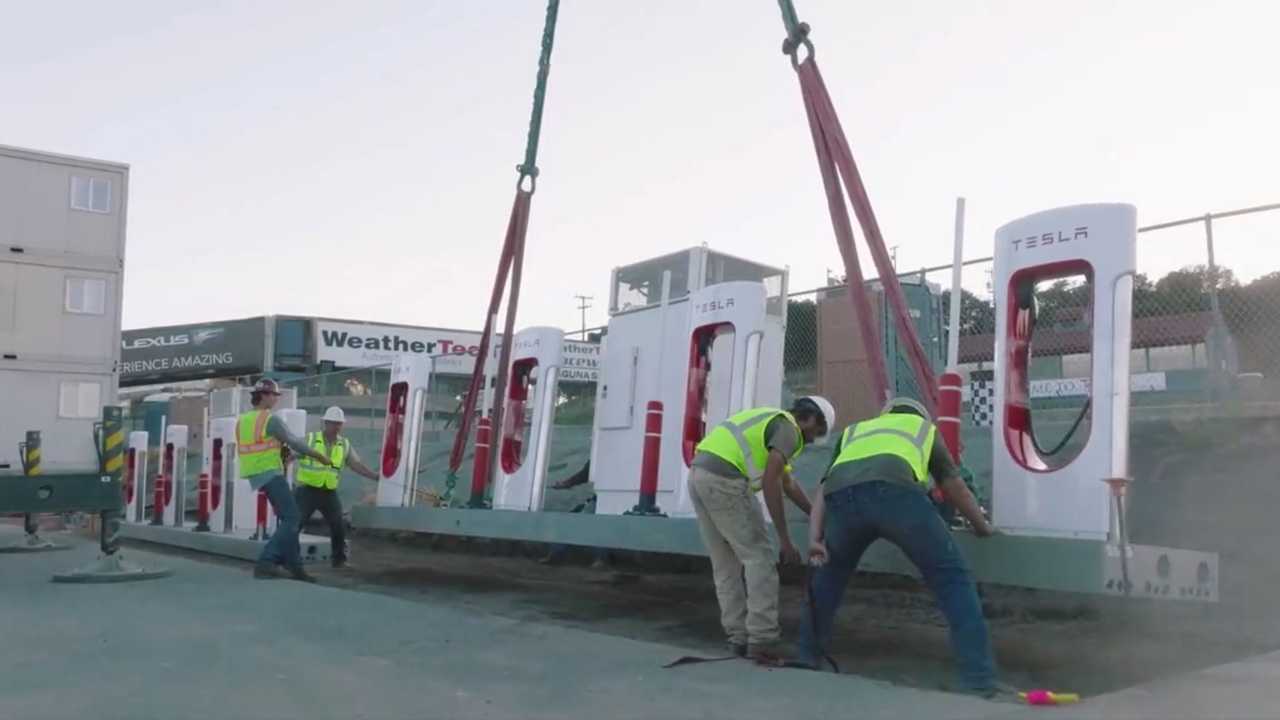 It’s not clear when and where the Tesla Semi will be produced, but most likely it will start in 2023 at the earliest (aside from some potential pilot deployments).

According to the previous reports, the test vehicles are produced at a facility near the Tesla Gigafactory 1 in Nevada. There is also the first Tesla Megacharging station with four stalls.