NASCAR is undergoing changes thought unimaginable even a few years ago. The Cup Series’ new “Next Gen” chassis with single-lug wheels and updated aero is a major step forward, but not nearly one as foundation-shaking as NASCAR’s reduction of power on bigger tracks, and its all-but-inevitable hybridization. In this day and age, it’s not hard to imagine NASCAR downsizing from V8s, though even if it did, it wouldn’t put off engine supplier Toyota Racing Development. In an interview with our own Caleb Jacobs at this past weekend’s Daytona 500, TRD president David Wilson vowed to stay in NASCAR even if V8s go the way of the dodo.

“We’re wide open. Very few eight-cylinder engines are built in production cars; the industry as a whole is skewing toward six- and four[-cylinders],” Wilson said. “As an industry, I don’t think there’ll be any problem. Y’know, we don’t need to race an eight-cylinder engine. Ten years ago, that would’ve been sacrosanct.” 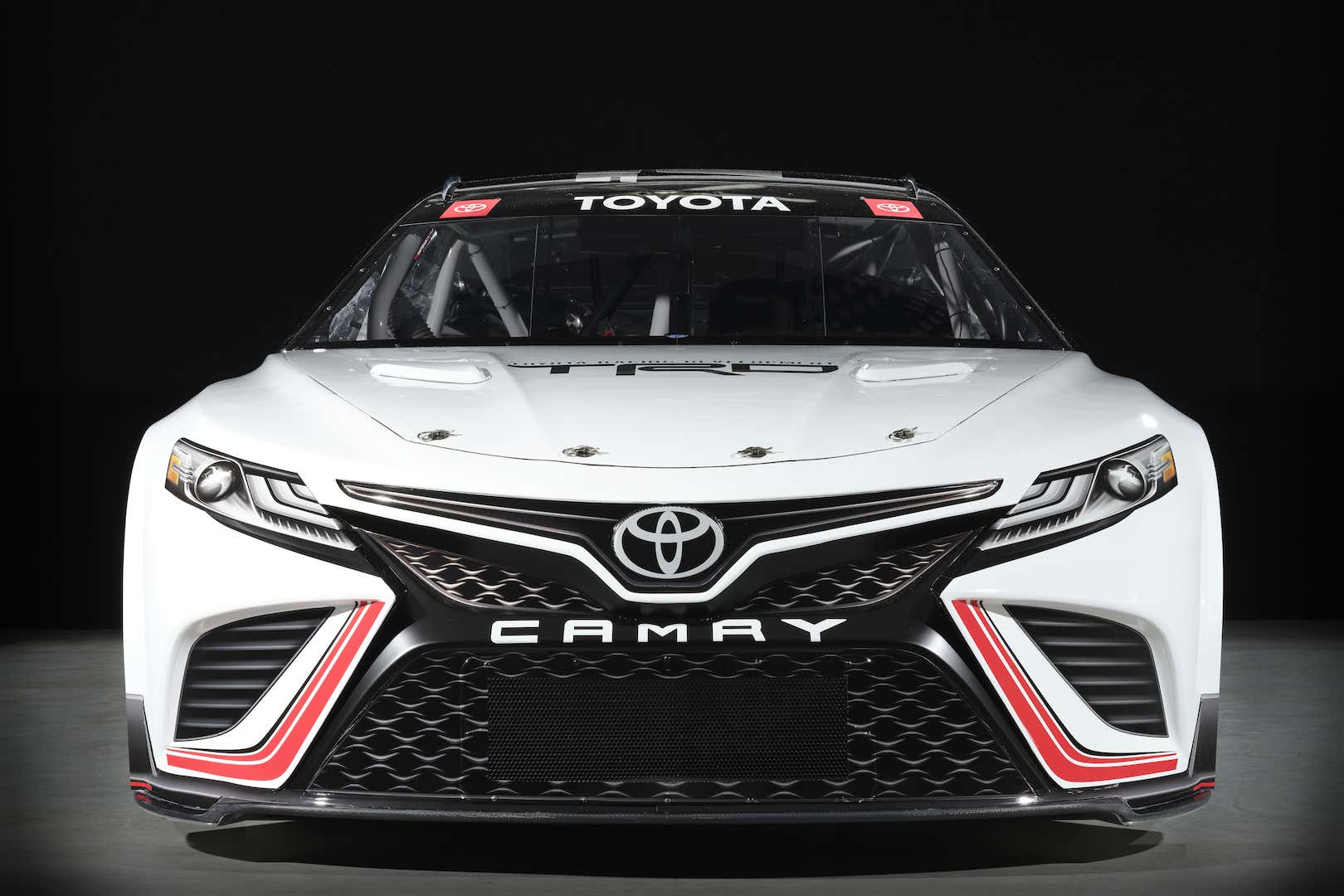 Wilson said Toyota has been in close contact with NASCAR about the future of the series’ engines and has floated every possibility from hybrids to fully electric stock cars. Toyota will know, though, that no known battery technology is ready to power top-level race series like NASCAR, not to mention that they don’t make the noise fans are there to experience.

“The important thing is we’re having a lot of dialog. We’re putting everything out on the table, certainly as an OEM that’s sold more electrified vehicles than the other OEMs in total, we’d like to see some form of that,” Wilson continued. “Whether it’s a hybrid type of system or fill in the blank. You’re focused on that and how to do it in a manner that’s reasonable from an economic perspective and it doesn’t take anything away from the entertainment.”

And the simple fact is that V8s are integral to NASCAR’s appeal as a spectator sport; there’s nothing quite like dozens of naturally aspirated racing V8s at full throttle blowing by in a matter of seconds. On top of that, these old-school engines fit well with the series’ new emphasis on cost reduction, as exemplified by the highly standardized Next Gen chassis. NASCAR has good reasons to stick with the V8 status quo—and yet, it appears to be pushing forth with hybridization, seemingly in part to strengthen its relationship with carmakers, which the Next Gen is already doing by more closely resembling road cars.

“What are we going to do with the architecture of the engine? Again, it’s dated—it’s a highly, highly evolved version of 1950s architecture,” said Wilson. “If you look at the business model of the sport, clearly over time, the cost to the teams on the chassis and car itself is going to level and come down, because the teams aren’t making everything now.”

“Now the engine becomes the next [question]. There’s still a lot involved in it, we’re trying to work with NASCAR to put a lid on it over time, but this all wraps up into future technologies and electrification, all of the things that the world is talking about every day now. What is the intersection between that and NASCAR and the OEMs? That’s rhetorical at this point because we don’t know.”

“Battery electric always comes to the surface at some point, and that might be down the road in some fashion in one of the three national series, but again, we’re in the entertainment business first and foremost. This isn’t a manufacturer-driven series—you wanna see that, go to the Rolex 24. This is about drivers, teams, and competition.” 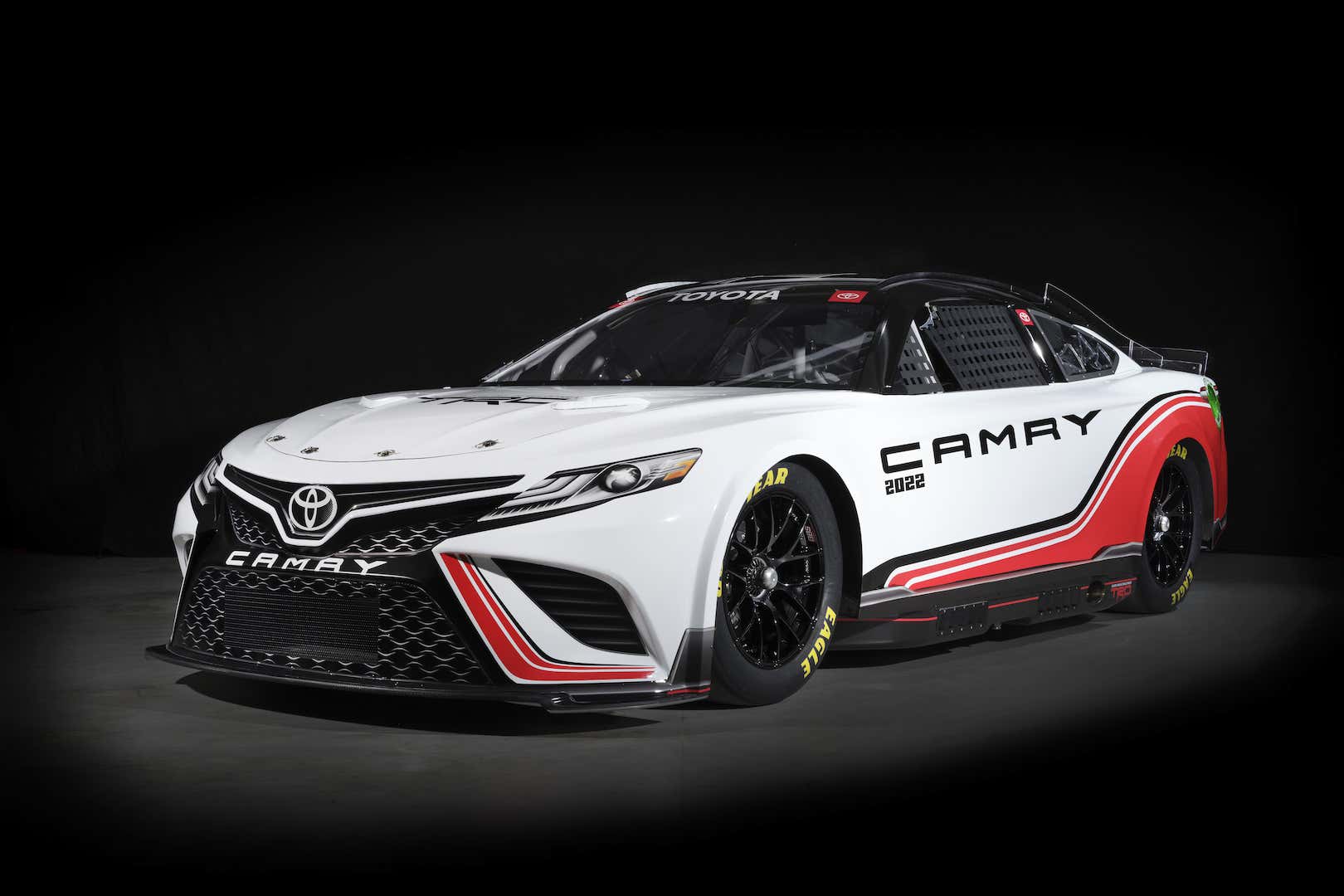 In the end, NASCAR has to balance its relationship with fans with that of the companies that represent the auto industry on track—like Toyota. Some compromise seems inevitable, though the evidence seems to indicate that compromise may just be a hybrid-assisted evolution of today’s NA V8s. As compromises go, that sounds like as good of one as a NASCAR fan—and maybe an automaker—could ask for.