Audi unveiled the production-ready E-Tron GT electric four-door and its RS variant last month and based on specs alone, we all knew it would be extremely quick. But numbers on a page aren’t nearly as interesting as the real thing in action. To scratch that itch, footage and reviews of Audi’s new EV from across the pond are starting to surface, including this clip of Automann-TV taking the 637-horsepower RS E-Tron GT to almost 160 mph on Germany’s autobahn.

Filmed from the driver’s point-of-view, the video also gives us a good look at the GT’s interior outside of polished press photos. There are a couple of shots of the Audi’s rear end getting loose on some empty backroads as well as a look at what it’s like being launched from a stop. 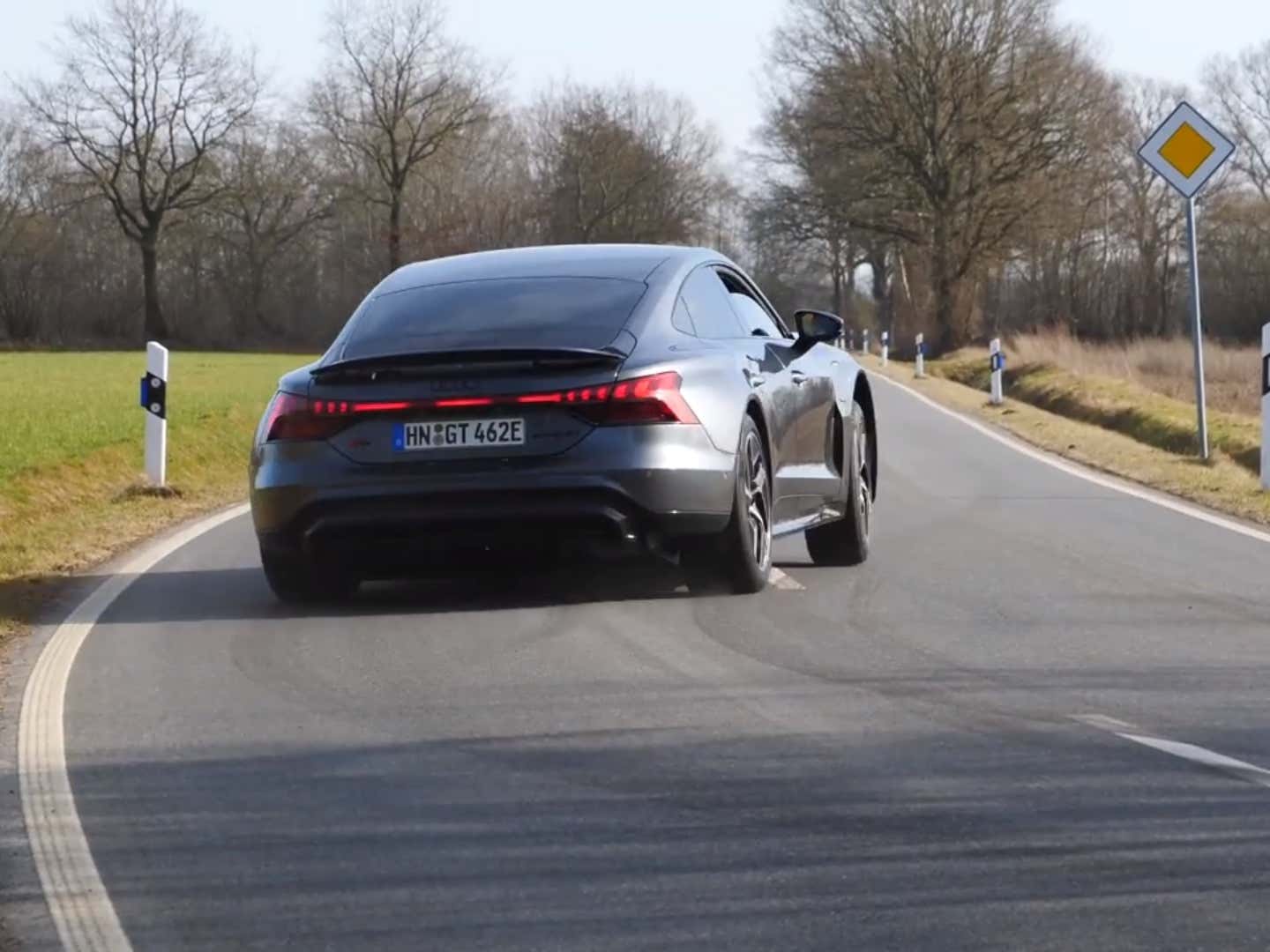 With the battery charged up to around 95 percent and equipped with winter tires, the all-new RS E-Tron GT hit 62 mph in 3.2 seconds (0.1 seconds quicker than advertised). It climbed to 124 mph in 10.5 seconds and indicated 159 mph (256 km/h) on the speedo not too long after despite this car’s official, manufacturer-quoted top speed of 155.3 mph. Properly rapid stuff and it’s kinda cool seeing it all done with so little drama and noise. As a measure of highway passing power, the car was later able to go from 62 to 124 mph in seven seconds flat, apparently matching the Porsche Taycan Turbo S with which this car shares quite a few components.