He may not be a household name yet, but he’s dressed plenty of them.

David Thomas — the British fashion editor turned men’s stylist whose work is seen by millions on red carpets and on John Legend on “The Voice” and Lionel Richie on “American Idol” — is launching a men’s wear brand.

“Men should look effortless. Certain guys you see them in clothes and they look styled, and that’s kind of a miss,” said Thomas, who normally would be running around Hollywood like a maniac in the lead-up to Grammys night, but has already finished work on a pre-taped segment airing Sunday as part of the virtual show.

Thomas’ styling hits in the music arena have been many. He put Sting in a Jean Paul Gaultier kilt on the Grammys red carpet way back in 2004, outfitted Legend for the Grammys 16 years later in an Alexander McQueen silver-gray kilt-suit that was an evolution of that look, and created the iconic “All Night Long” blue sequin bomber jacket Richie wore to perform on “American Idol” in 2018.

Now he wants to dress the everyman, too.

Encompassing knitwear, sweats, tailoring and outerwear, the collection includes thoughtful iterations of men’s staples, including “non-blousy” cashmere turtlenecks that can be layered under a suit; a black cashmere shawl-collar cardigan with a leather placket so it’s “not too grandpa”; wool varsity jackets that are a leaner-cut and lightweight enough to keep on indoors; sweatpants with seam detailing to prevent the knees blowing out, and $1,500 suits with slim-cut jackets that have light padding in the shoulders, wider lapels, and highish-rise trousers.

Made in North America and priced for the contemporary market at $160 to $2,100, the first collection slated to bow on his website and in stores in October is the result of collaborations with three very different partners: New York street artist Kid Zoom (aka Ian Strange, known for his signature X motifs, which appear on suit linings and as sweater intarsias); American heritage brand Golden Bear out of San Francisco (responsible for making a cool black leather double-breasted moto jacket and wool outerwear), and Canadian family-owned suit maker Jack Victor.

“I want to create the perfect men’s wardrobe with foundational pieces you can add to. And rather than assuming I know everything, I’m approaching it like I have approached my whole career — if you want a brilliant hat, go to the best hatmaker,” said Thomas, who began his career in the 1980s and ’90s London fashion swirl of Philip Treacy, McQueen, Isabella Blow, Michael Roberts, Judy Blame and others.

His personal journey from unemployed plumber in suburban England to fashion stylist for Esquire, GQ and other magazines and celebrity stylist for A-listers is an inspiring one, and will be the subject of a book, “Vanity Project: A Tale of Fashion and Celebrity Styled by Dave Thomas,” publishing to coincide with the collection launch.

To help tell his story, Thomas has an impressive list of 39 contributors, including Treacy, Detmar Blow, former p.r. powerhouse-turned-advocate Lynne Franks, Sir Paul Smith, Boy George, Lionel Richie and John Legend, who wrote, “Dave and I have an unspoken understanding of how to represent who I am as a person and as an artist. However, that is always evolving. My music changes. My life changes. It would be easy to think ‘we’ve got this down,’ and then stick to a safe formula, but in the end it would become stale. I need Dave to always push me.” 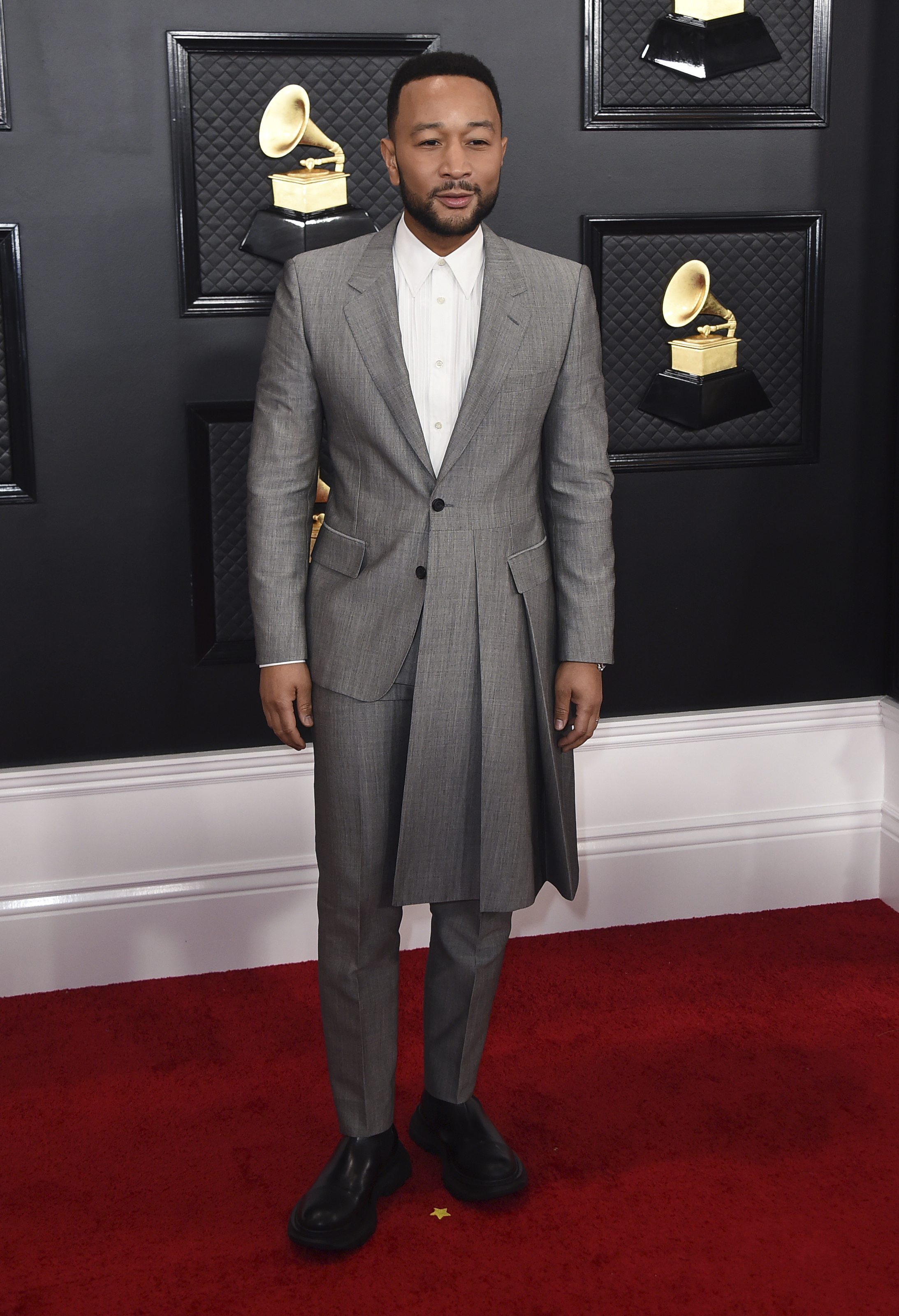 When Legend won “most stylish man” at the GQ Awards in 2018, he called the stylist up to the stage to join him.

“When I started, a stylist was the lowest of the low. It was all about fashion editors and designers wanted their clothes on models on the covers of magazines, they didn’t want them on musicians or celebrities,” Thomas said during a recent interview at his Hollywood Hills home. “Then I worked on a magazine that had a no models policy [Esquire], and that led me toward the music business. I met all the p.r.s and designers. Then there was a shift and it became celebrities on the covers of magazines, and Versace and Armani putting them in the front row.”

It was Thomas’ work on a Sting tour that brought him to Los Angeles for the first time in 2004. When the musician was nominated for a Golden Globe, Grammy and Oscar for his song “You Will Be My Ain True Love” in the film “Cold Mountain,” he put Thomas up at L’Ermitage hotel for awards season to coordinate his looks.

Seeing growing opportunity to dress celebrities in America, the stylist eventually made the move.

The timing was fortuitous; a British invasion was happening in Hollywood. The newly arrived Beckhams hired him, which led to working with the Spice Girls, Legend and other musicians, eventually as a men’s wear specialist. 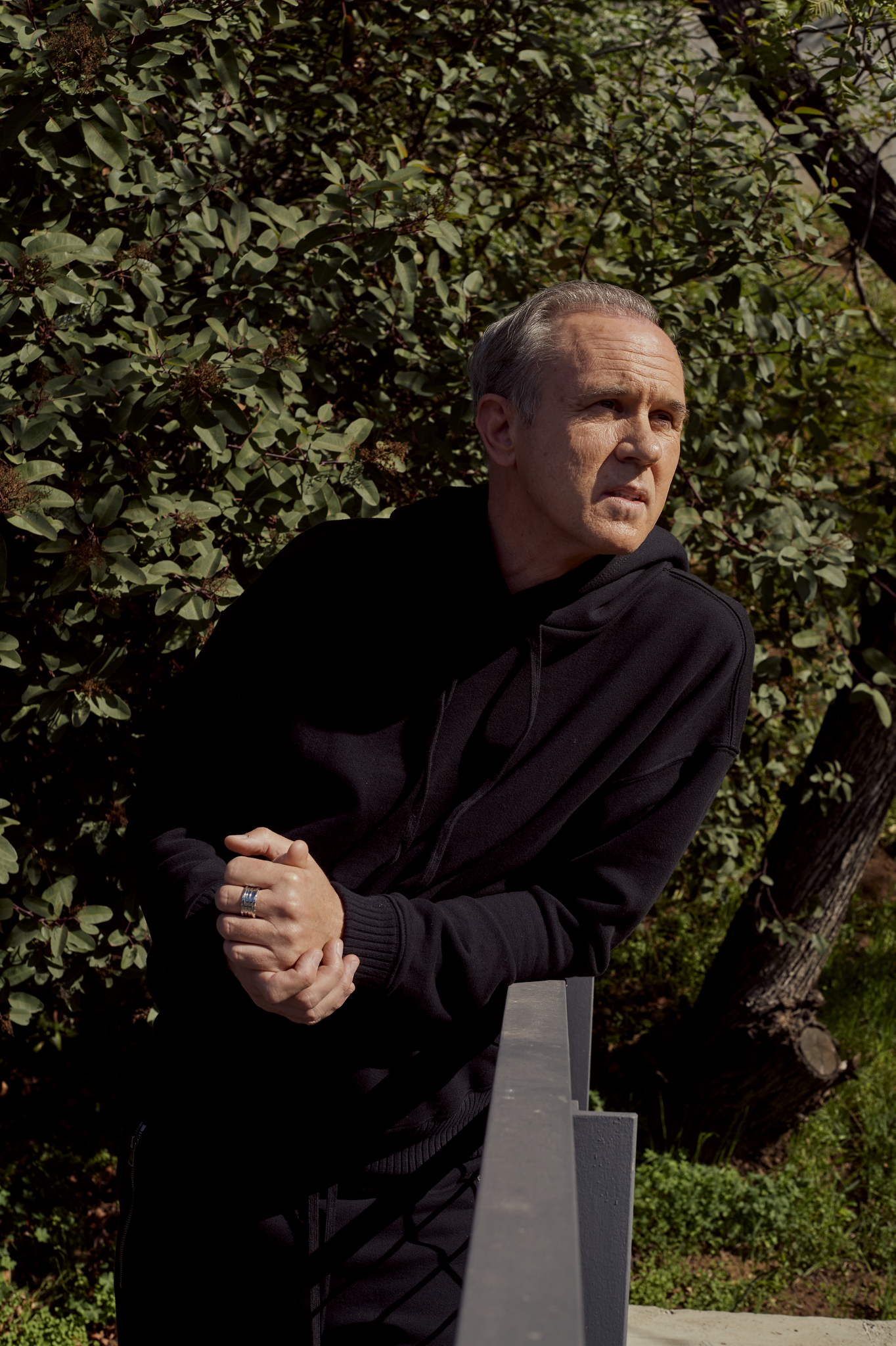 “Guys love engines and watches and how things work, so I discovered if I could tell them about the history and rules of men’s wear, they’d start asking ‘what collar should I be wearing, how much cuff should I be showing?’ Then, once they know the rules, they are comfortable to break them,” Thomas said.

Reality TV was another cultural shift that influenced L.A.’s place in fashion. “When Simon Cowell arrived, he asked me to dress him for ‘Idol,’ then when he left I started working with Harry Connick, then Lionel joined the show. L.A. became the center of the styling world — magazines shooting covers, advertising campaigns and reality shows.”

Reality shows have their own kind of fashion influence, said Thomas, who has tapped Gucci, Saint Laurent, Thom Browne and many more for the looks that can spark online discussion. “These TV shows give John and Lionel a chance to express themselves as artists, and give the audience a chance to engage with them in a way they don’t with most musicians, through being there, talking and engaging and how they present themselves.”

When the pandemic put a damper on Hollywood production, red carpets and editorial in 2020, Thomas and other stylists have used the time to launch other projects — Karla Welch’s The Period Company and Ilaria Urbinati’s Leo online men’s magazine to name two others.

But in recent months, Thomas has also been getting back to work on “The Voice,” “American Idol,” Legend’s Father’s Day special, the Billboard Music Awards and the upcoming Grammys. Still, it’s not normal, at least not yet.

“A lot of times it’s just dropping clothes at the [studio] gate…or the theater is empty. The joy of styling is being on set and being with creative people,” Thomas said. “I’m not saying it’s not fun, it’s just not the same. I get excited when we’re together to see the camera, the stage and the performer.”