Monica Clark, a lawyer who penned a novel about love without “struggle,” found that her real life love story with William Jones, a TV reporter in Chicago, followed suit. 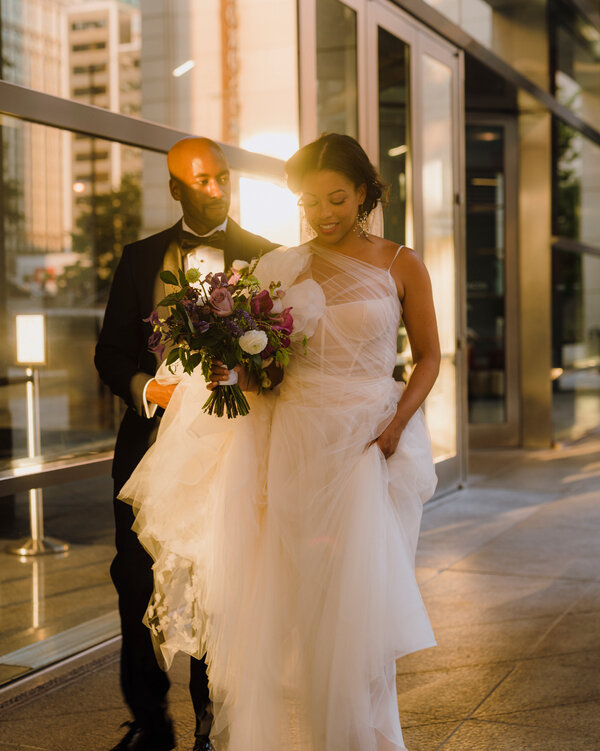 William Ryan Jones had some time to kill before attending a party at the Cameroon Embassy in Washington, so he asked Monica Marie Clark if he could tag along with her to her friend’s birthday party.

Mr. Jones and Ms. Clark had crossed paths before at mutual friends’ gatherings, but this time, they were both single. Mr. Jones, 36, a television reporter at WLS-TV in Chicago, had traveled to town in the summer of 2018 for the embassy party. That morning he found himself, thanks to friends, seated at a brunch next to Ms. Clark, 36, then a senior counsel in the legal division of the Consumer Financial Protection Bureau.

Mr. Jones, Ms. Clark and her friends moved on to Marvin, a bistro in Washington’s U Street corridor. The evening was sultry, but they found an oasis on the bar’s rooftop, where the drinks flowed and the DJ spun ’90s R&B. “I was talking about my relationship philosophy,” Mr. Jones said. “When two people come together, you should become your better selves. I think we should support each other. As I was talking, Monica’s eyes just changed. You know how in sitcoms, someone is in love and the music starts to play? It’s kind of corny, but I saw my future.” 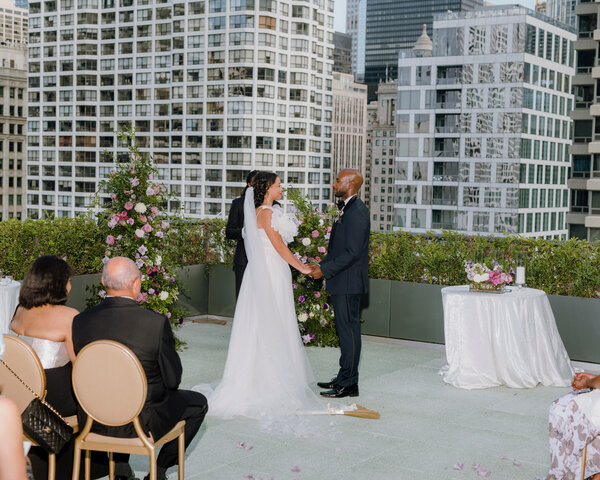 Ms. Clark, a graduate of Harvard and Georgetown Law who grew up in Jamaica Estates, Queens, also felt a special connection. She recognized in Mr. Jones the same values of ambition and duty with which her parents had raised her and her older brother. “I feel a responsibility to achieve something because I grew up in a privileged household and I’m a Black person,” she said. “I agreed with everything he was saying. I had never had that experience before.”

They did not kiss that evening, but Mr. Jones returned to Washington the next week for a proper first date. “I wanted to see if it was the alcohol or if this is my life,” he said. While they ate hamburgers at a restaurant on the Potomac, their server pointed out some other patrons trying to get Mr. Jones’s attention — they recognized him from his reporting job in Chicago. “I planned that,” Mr. Jones said, jokingly.

Ms. Clark had noticed during their earlier interactions that Mr. Jones had a nice speaking voice, but during the bottomless mimosa brunch, she was also drawn to his smile and his understated style. “He’s reflective, he’s got his stuff together,” she said, “and he had nice style.”

It was the type of love story that Ms. Clark had always been drawn to. She is a fan of classic Black romantic movies like “Love Jones” and “Brown Sugar” from the late 1990s and early 2000s. She’d even written her own unpublished romance manuscript, “Lessons From Robin,” chosen as a Marlene Award Finalist by Washington Romance Writers in 2014. “There aren’t that many stories out there with Black characters that are just a love story that aren’t a struggle,” she said. “Whenever I saw one, it fed your soul, this is so great, a love story. I wanted to create one.”

[Sign up for Love Letter and always get the latest in Modern Love, weddings, and relationships in the news by email.]

She and Mr. Jones began a long-distance relationship, showing off their respective towns and getting to know each other. They shared similar backgrounds. Mr. Jones received his degree in journalism from Northwestern, while Ms. Clark wrote a column for the Harvard Crimson in college. Both had been raised by loving, long-married parents with high expectations for their children. Ms. Clark is the daughter of Dr. Luther Clark, a cardiologist and deputy chief patient officer at Merck, and Camille Clark, who retired as assistant executive director of Forestdale, a child welfare agency in Queens.