Britain’s crisps crunch has eased though they remain in short supply in nearly one in four shops, official figures show.

Multipacks of crisps were unavailable in 4% of shops while availability was low in 20%, according to Office for National Statistics (ONS) figures covering 19-22 November.

The 24% total of shops where there were none or few of the products was down on the 33% recorded a week earlier but still left crisps as the hardest to find product on shelves. 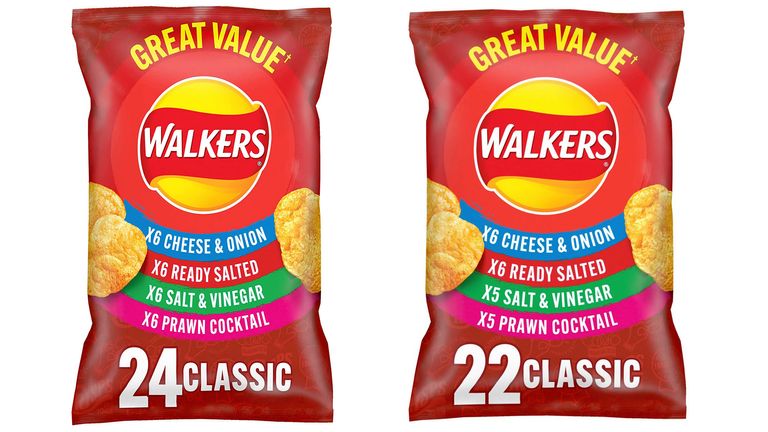 The shortage is linked to Walkers scaling back production at the start of the month following problems with an IT upgrade that has since been fixed.

If that’s giving shoppers a headache, making themselves feel better might be a challenge too.

Among other items still high on the “no” or “low” availability list were paracetamol at 18% (up from 17%) and ibuprofen at 16% (the same as a week earlier).

Frozen turkey is also high on the list for lack of availability, with scarce or no options in 13% of shops visited by the ONS over the period.

A lack of butchers had prompted fears of a shortage of supply of the birds at Christmas but after government intervention to ease the crisis, the poultry industry has said there will be enough to go around.

There is plentiful supply of another product, which might help some consumers ease their nerves.

Shelf availability was highest for beer, at 74%, the ONS said.