LONDON (Reuters) – Some banks in Britain are struggling to provide financial support to homeowners and businesses battered by the coronavirus pandemic, with demand surging after the government announced a series of aid measures including an emergency lending scheme. 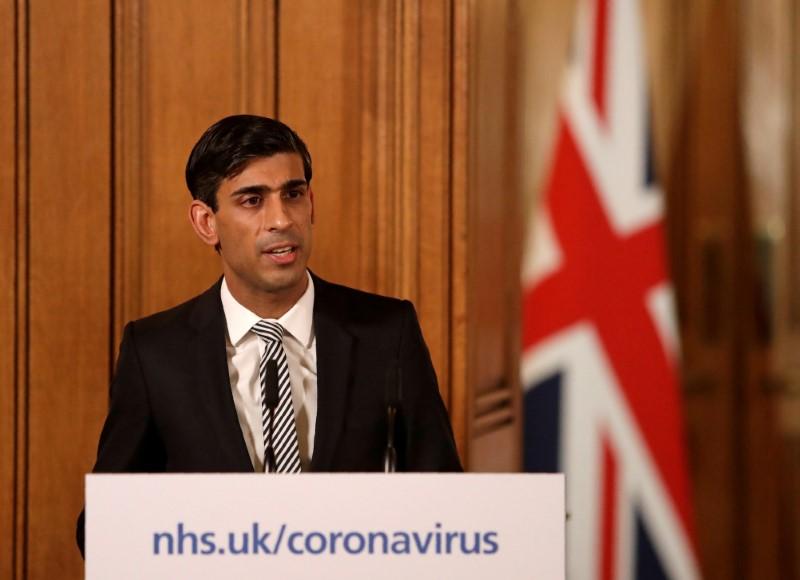 Finance minister Rishi Sunak on Tuesday pledged a 330 billion pound ($388 billion) lifeline of guaranteed loans for businesses in trouble and to provide a further 20 billion pounds in tax cuts, grants and other help.

He also said homeowners in financial difficulty could be granted mortgage payment holidays.

Sunak said money would be available from next week but small business owners said they were already facing a cash crunch and banks they had contacted to ask about loan relief and other measures had been slow to assist.

Dozens of Barclays (BARC.L) customers complained that helpline staff said they knew nothing about the emergency lending scheme or were unable to help, according to social media postings and Reuters interviews with some of those affected.

Other banks also faced similar gripes on social media. For example, four HSBC customers were declined payment holidays or told their credit scores would be negatively impacted, according to social media postings reviewed by Reuters. The government had ruled out that payment holidays would affect credit ratings.

Abi Thomson, owner of a small homeware business, said on Wednesday that she had contacted Barclays to inquire about taking a mortgage payment holiday.

“I phoned them this morning and was put through to a call center who said basically that Barclays aren’t offering the scheme, and that there’s been no announcement by the chancellor (Sunak).”

Barclays said on Thursday that it was committed to supporting customers who were facing financial difficulty.

“We are working very hard to have these solutions available as soon as possible,” a spokeswoman said.

HSBC said it was working urgently to finalize details of how it would offer measures such as mortgage payment holidays.

“These are unprecedented times, so we would ask customers to bear with us during times where our service is not at a normal level,” a spokesman added.

Banks have reacted at varying pace to the government’s lending push, with Lloyds Banking Group-owned Halifax (LLOY.L) among the most responsive, said one London-based financial adviser, declining to be named.

Bars, restaurants, travel firms and other businesses affected by the spread of the virus in Britain have been scrambling to secure credit from non-banking sources in an effort to keep going.

Funding Options, a marketplace for business finance backed by the state-owned British Business Bank, said it had seen a record 100 million pounds-plus worth of loan applications in the 48 hours between midnight on Monday and Wednesday.

“New lending, business rates relief, all these things take time to secure, and that is time they (small businesses) can’t afford to waste,” Naresh Aggarwal, associate director at the Association of Corporate Treasurers, told Reuters.

A senior banker at one London-listed lender said the bank had been inundated with four times as many calls as normal.

“The problem is the government made announcements with little warning and very little detail. It’s great to have these measures but you need to know how that works, and quite frankly that hasn’t happened.”

A second senior banker told Reuters that banks were ready to support struggling borrowers but delays were inevitable.

“The government is, necessarily, giving instruction. So that is why we might see initial dislocation in the transmission mechanism; this is not banks being unhelpful,” he said.

“This is a time where the banks can step up, it is actually a chance for the banks to get a better reputation.”