Rates of pay growth are running at their highest level since 2008, according to official figures which also show the first rise in payrolled employment since the start of the coronavirus pandemic.

The Office for National Statistics (ONS) reported average weekly earnings up by 4.7% on an annual basis during the three months to December.

It suggests that many of those in work are being rewarded for their performances during the crisis as, when the effects of bonuses are stripped out, the rate of growth slows to 4.1%.

The wider data revealed more welcome news with estimates showing that while 726,000 payrolled employees had lost their jobs during the crisis to date, the number in January was 83,000 down on December’s total.

However, the official jobless rate ticked up to 5.1% in the three months to December from 5%.

The ONS figures were published as Chancellor of the Exchequer Rishi Sunak makes the finishing touches to next week’s budget in which he is widely tipped to extend the furlough scheme and other employment support due to lingering COVID-19 restrictions that have strangled large parts of the economy.

PM Boris Johnson’s roadmap out of lockdown for England revealed on Monday, while welcomed by businesses for giving clarity on likely sector-by-sector reopening, also confirmed that many will have to wait months before getting back in gear.

It is set to be a similar path for the rest of the UK in the wake of the worst annual slump for the economy since 1709 when the so-called Great Frost placed activity in hibernation. 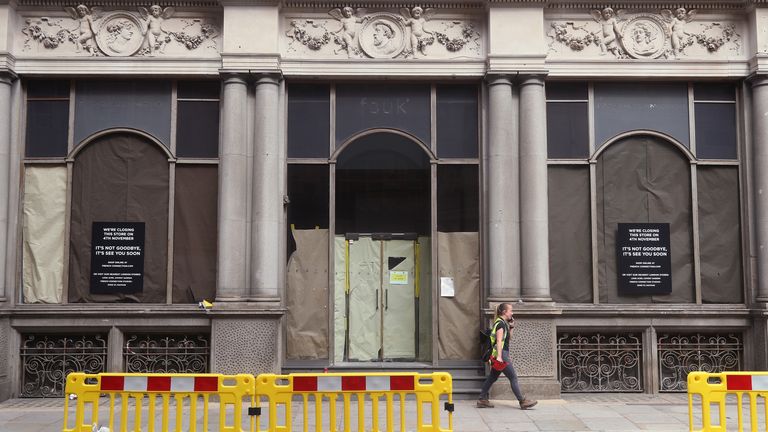 ONS deputy national statistician for economic statistics Jonathan Athow said of the data: “The latest monthly tax figures show tentative early signs of the labour market stabilising, with a small increase in the numbers of employees paid through payroll over the last couple of months – though there are still over 700,000 fewer people employed than before the start of the coronavirus pandemic.

“Almost three-fifths of this fall in employees since the onset of the pandemic came from the under-25s, according to a new age breakdown we are publishing for the first time today.

“Our survey shows that the unemployment rate has had the biggest annual rise since the financial crisis.

“However, the proportion of people who are neither working nor looking for work has stabilised after rising sharply at the start of the pandemic, with many people who lost their jobs early on having now started looking for work.”

Mr Sunak said of the figures: “I know how incredibly tough the past year has been for everyone, and every job lost is a personal tragedy.

“That’s why throughout the crisis, my focus has been on doing everything we can to protect jobs and livelihoods.

“At the budget next week I will set out the next stage of our Plan for Jobs, and the support we’ll provide through the remainder of the pandemic and our recovery.”