SARAN, France/PARIS (Reuters) – Several hundred Amazon workers in France protested at one of its sites on Wednesday, calling on the online retailer to cease operations or make it easier for employees loath to work during the coronavirus outbreak to stay away. 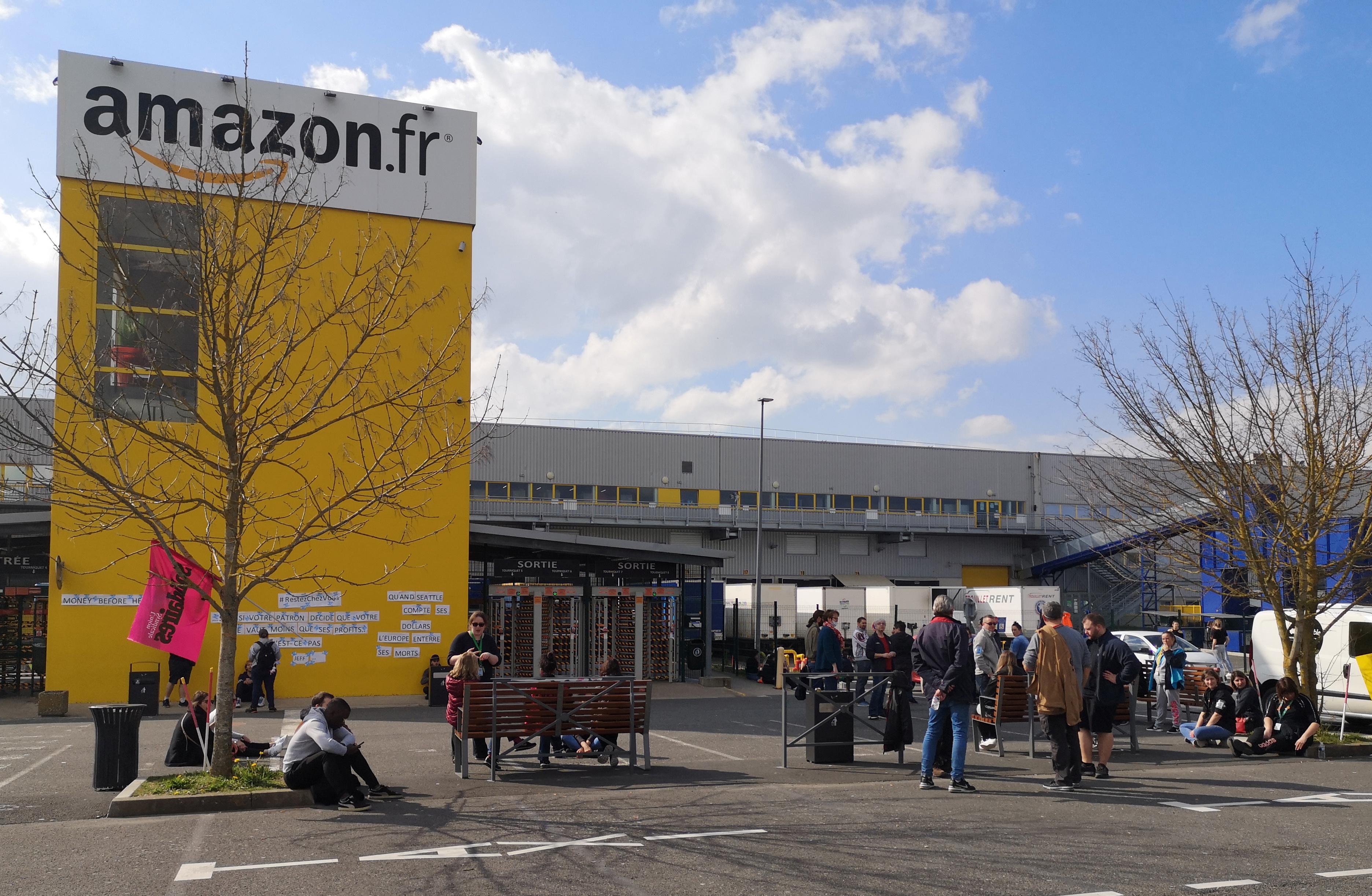 Retailers across France were ordered to shut over the past weekend as the country stepped up measures to try and control the spread of the disease, with only stores providing foods and other basic goods or services allowed to operate.

Online deliveries are still permitted, however.

At an Amazon warehouse and shipping center at Saran just outside Orleans, a city south of Paris, some 250-300 workers staged a strike, gathering outside the site and calling for its closure. It normally employs some 1,800 full-time staff.

Unions representing employees there and in other Amazon hubs in France said some workers were unwilling to potentially expose themselves to the coronavirus.

“Fewer than 1% of our stocks are groceries, so we’re far from being indispensable for the country to keep going,” said Julien Vincent, who represents Amazon logistics workers for France’s CFDT. “As far as we’re concerned, either everyone has to close, or no one does – you can’t have half-measures.”

Vincent estimated that 30%-40% of Amazon employees in France had now dropped out of work for fear of coronavirus contagion or because they had to keep children at home after French schools closed. The company had called on temporary workers to make up for any shortages, he added.

Amazon had also offered to negotiate salary increases for those who stayed on, he said.

Amazon did not immediately respond to requests for comment.

Several hundred people at Amazon have now exercised a French right to stop work while still receiving full pay, according to Vincent and another union official.

Protestors at the Saran site were also demonstrating to be allowed to apply this rule, an official at the CGT union there said, saying that employees had been told by Amazon managers that it might be contested.

With shopping in stores now banned, demand for Amazon deliveries is surging, particularly for household staples and medical supplies, the U.S. company told its sellers on Tuesday.

Amazon said it would take in only essential supplies at its U.S. and UK and other European warehouses until April 5, to free up inventory space for these products. They include baby products, beauty and personal care items, pet supplies, books and industrial and scientific goods.

Amazon will not stop selling non-essential items like phone cases and toys, but those products may be more likely to run out of stock in the next few weeks as a result.