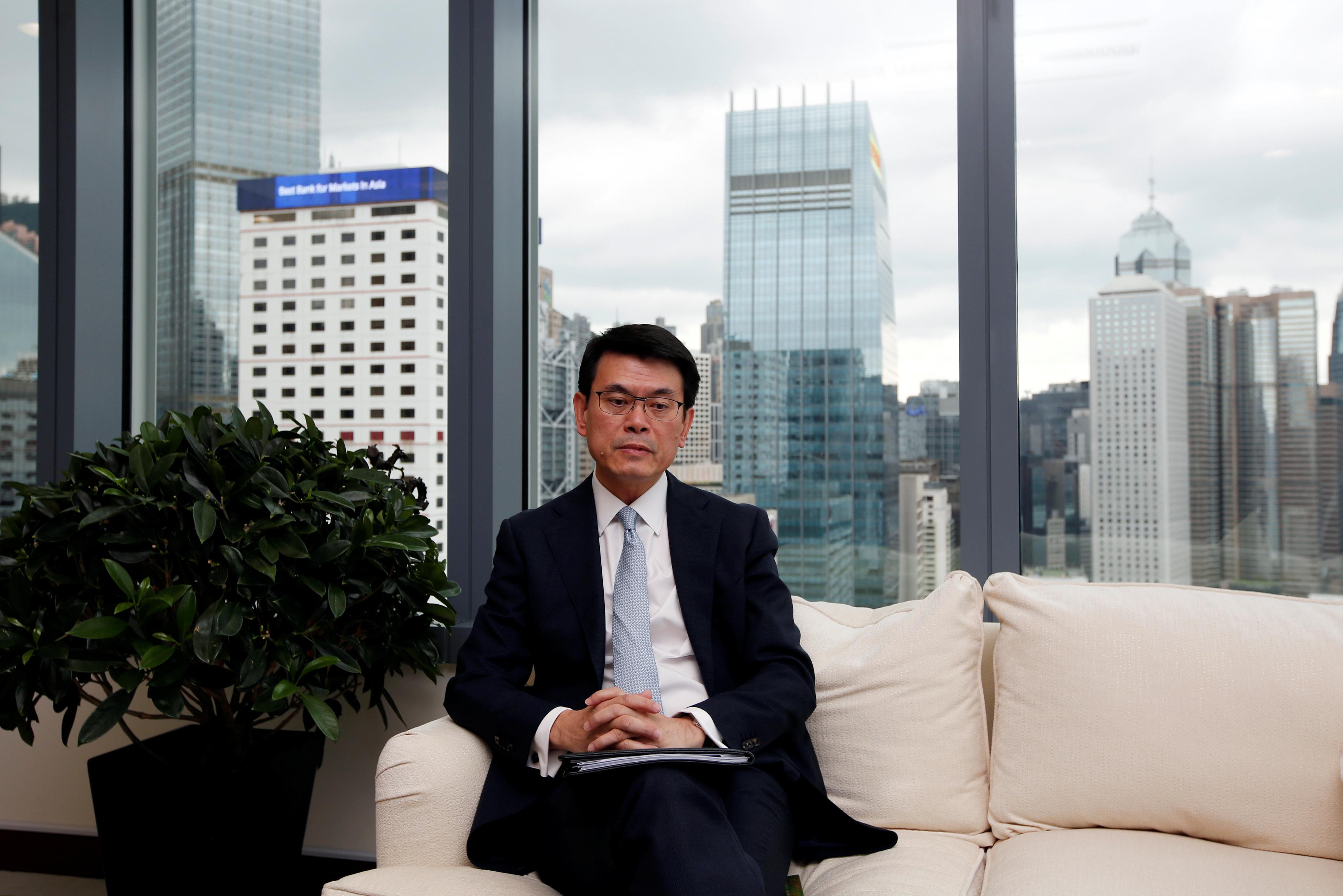 (Reuters) – Hong Kong Commerce Secretary Edward Yau told CNBC on Monday that rising U.S.-China tensions are ‘unhelpful’ and that he will take up with the U.S. government the matter of Hong Kong goods for export to the United States to be labelled made in China.

Goods made in Hong Kong for export to the United States will need to be labelled as made in China after Sept. 25, according to a U.S. government notice posted last week.

When asked about the development by CNBC, Yau referred to World Trade Organization rules which state that Hong Kong is entitled to use its own labeling for its exports.

He also said that Hong Kong’s growth slowed to an “unprecedented” 9% decline in the second quarter.

Yau expressed concerns over escalating U.S.-China tensions, saying that they were distracting from fighting the coronavirus pandemic.

“As we are fighting the pandemic, I think the last thing one would want is a further distraction that would disturb or disrupt the trade,” he told CNBC cnb.cx/3iQdI5c.

Tensions between Washington and Beijing have been rising over the handling of the coronavirus outbreak, trade war tariffs, China’s imposition of its national security law in Hong Kong and the subsequent U.S. decision to end the former British colony’s special status under United States law.