Red Wing has a story to tell.

The family-owned company, which was founded in 1905 and is still based in Red Wing, Minn., is best known for its Moc Toe boot. Over the years, the company expanded beyond its roots in workwear into more lifestyle product, notably Red Wing Heritage, which was created in 2007. Today, the company will launch its first global advertising campaign for that brand.

Even though Red Wing has been embraced by the fashion community, the company has not strayed from its roots. It’s that heritage of timeless design and durable construction that it is mining for the campaign.

“Red Wing Heritage is seen as an iconic brand,” said Aaron Seymour-Anderson, head of brand and creative. “We have a heritage of over 115 years and much of the success of the brand is that it has not been over marketed.” So even though the Moc Toe boot has been embraced around the world, notably in Europe and Asia, “we have not told the story to its full potential,” he continued.

Seymour-Anderson said the campaign, called “Out of Fashion,” is intended to showcase the Red Wing story by zeroing in on its reputation of long-lasting, classic designs that are the antithesis of fast fashion.

Seymour-Anderson and his team searched worldwide for individuals who lived by a similar ideal — people who were proud of their identities and didn’t chase trends.

“When we started on the campaign,” he said, “we knew we needed to be authentic. And while that’s an overused word in marketing, Red Wing was authentic before it was cool. And we needed to find people who shared that ethos. We do things uniquely and differently and we wanted to celebrate those who defy conventions and intentionally live out of fashion.”

After researching hundreds of people, the company settled on three who will be featured in still and video shoots. The first are Hsu Hsiu-e and Chang Wan-ji, an octogenarian married couple who run a laundromat in Taiwan, who have become local and internet stars through their repurposing of clothing that hasn’t been picked up. “Their grandchildren put them on Instagram modeling forgotten laundry,” Seymour-Anderson said. “And it shot them to fame.”

The second is Erin Brown, known as the Concrete Cowgirl, who was born and raised in Philadelphia, and who seeks to preserve the culture and legacy of Black cowboys and keep at-youth risk off the streets through her group, the Philadelphia Urban Riding Academy. 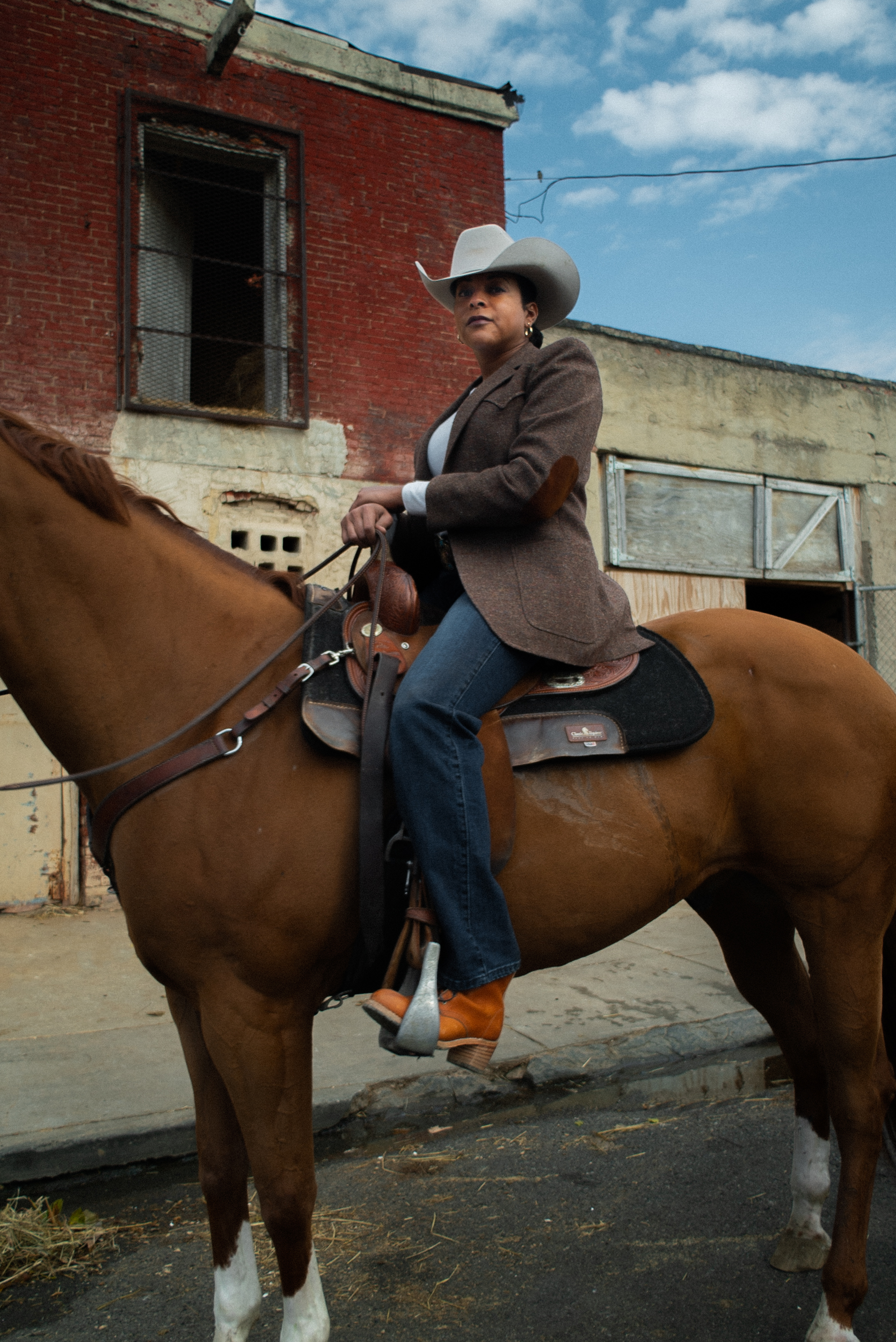 The final one is Bioni Samp, who is a U.K.-based DJ and beekeeper who makes music from the sounds of the insects. But his higher purpose, Seymour-Anderson said, is to raise awareness about the plight of the bees and their important role in the ecosystem.

“These are all real stories, and they’re profound,” Seymour-Anderson said.

The stories will be showcased on Red Wing’s social media channels as well as in retail stores globally. The featured cast — all of whom will be wearing the Moc Toe boots — will also be sharing the message on their channels.

Seymour-Anderson said the goal with the campaign is to “seize an opportunity where we have relevancy. It’s a brand campaign, but it doubles as a product campaign since there’s one product featured throughout. Red Wing is timeless and we’re declaring we don’t follow trends. And we’re celebrating consumers who don’t want to follow fast fashion. This is our love letter to them.”