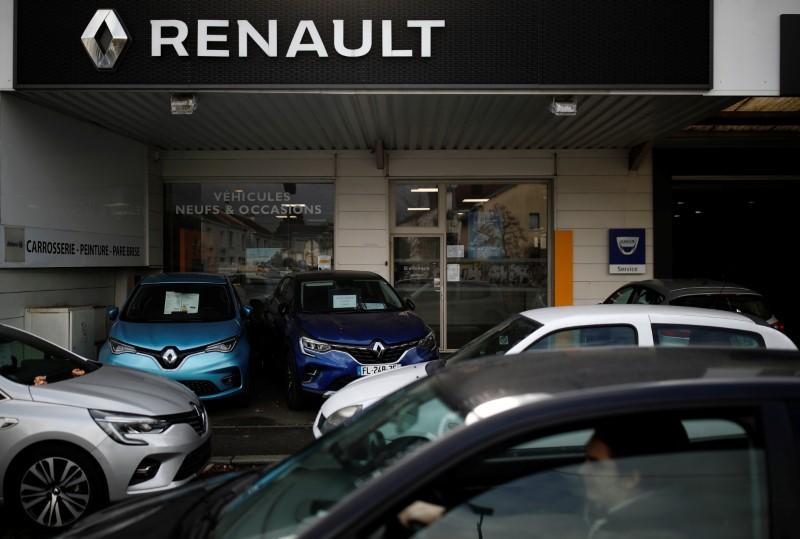 PARIS (Reuters) – The board of French carmaker Renault (RENA.PA) will meet on Friday to discuss the coronavirus outbreak and its effect on operations, three sources close to the company said.

The health crisis has hit auto firms and their suppliers hard, and Renault has now suspended industrial activity in France and Spain and shut factories in Morocco and Romania too.

The French government, which has a 15% stake in Renault, has said it would stand behind its big companies by whatever means necessary and even evoked nationalisations, though it has yet to take any concrete steps and has not named any firms.

“It’s a meeting to take stock of the situation, to discuss operations, the financial aspects of stoppages at plants,” said one of the sources, adding that no firm decisions were expected to emerge from the exchange, which will take place by phone.

France has ordered schools, restaurants and many non-essential businesses including retailers to close to try and contain the outbreak, and is encouraging people to work from home when they can.

Renault will have to decide whether to press ahead with its annual general meeting scheduled for April 24, the same source said.

Renault, which was trying to patch up its alliance with Japan’s Nissan (7201.T) when the coronavirus outbreak hit, was also already struggling like some peers with falling demand, and it posted its first loss in a decade in 2019.

Chairman Jean-Dominique Senard held a call with France’s Finance Minister Bruno Le Maire earlier this week, along with the boss of Peugeot maker PSA (PEUP.PA), to discuss the outlook for the sector.