Want this delivered to your inbox each morning? Sign up here.

The TikTok deal is on the ropes

Any sense of relief among deal makers that President Trump had approved a plan to save TikTok from a ban in the U.S. has vanished over the past 24 hours, as disputes over the app’s ownership have clouded its fate.

The parties can’t agree who will control TikTok. Mr. Trump gave his “blessing” to a deal that would give non-Chinese investors, including Oracle and Walmart, a majority stake. Oracle insisted yesterday that ByteDance, TikTok’s Beijing-based parent company, wouldn’t hold a stake in the new entity. But ByteDance pushed back, saying that it would still own an 80 percent stake.

The truth is, shall we say, murky. Under the current plan, when ByteDance spins TikTok out into a new company, it would eventually hand out shares to its current backers, including American investors, and the company would go public on an American stock exchange, further diluting Chinese investors’ holdings. (Zhang Yiming, ByteDance’s founder, would keep a big stake.) The question is when all of this would happen — and now, apparently, whether Chinese investors in ByteDance would let it happen. Executives involved in the deal have told Trump administration officials that an ownership change would happen … at some point. Is that enough?

• In a Fox News interview yesterday, Mr. Trump said that if Americans “don’t have total control, then we’re not going to approve the deal.” (Worth noting: ByteDance still expects to own TikTok’s core algorithm.)

• The editor of Global Times, a Chinese tabloid controlled by the Communist Party, tweeted, “Based on what I know, Beijing won’t approve current agreement between ByteDance, TikTok’s parent company, and Oracle, Walmart, because the agreement would endanger China’s national security, interests and dignity.”

All of which leaves people involved in the talks feeling frustrated. “I wish this were over already,” one of DealBook’s sources sighed yesterday. (Or as Walmart memorably put it in a hastily edited statement over the weekend, “Ekejechb ecehggedkrrnikldebgtkjkddhfdenbhbkuk.”) Negotiations are continuing — amid the public jawboning — and we’ll see whether the sides can reach a compromise. They have until Nov. 12. 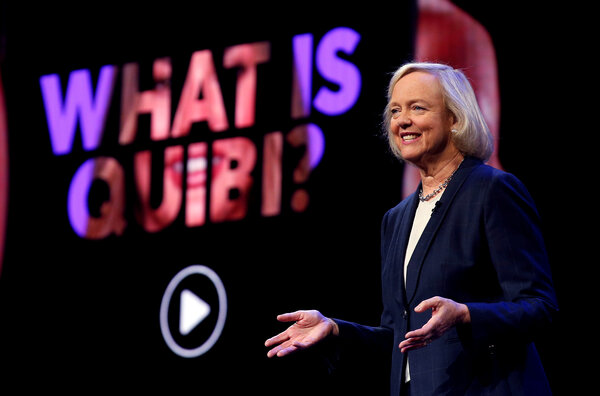 The day ahead. At 10:30 a.m. Eastern, Treasury Secretary Steven Mnuchin and Fed chair Jay Powell will update the House Financial Services Committee about the government’s coronavirus response. And starting at 4:30 p.m. Eastern, Tesla will hold its annual shareholder meeting, followed by its highly anticipated “battery day,” in which the carmaker is expected to announce new energy storage tech.

The Justice Department will brief states on a potential antitrust case against Google. The meeting on Wednesday is expected to be one of the final steps before suing the tech giant, with a focus on the company’s dominance in search.

Nelson Peltz’s Trian has set its sights on Comcast. The activist investment firm has acquired a roughly 0.4 percent stake in the cable giant. Trian is talking with Comcast executives about ways to raise the company’s stock price, though its leverage is unclear, given the founding Roberts family’s controlling stock.

After missing out on TikTok, Microsoft struck a consumer deal after all. It plans to buy the game maker ZeniMax Media, whose titles include Fallout and Doom, for $7.5 billion in cash. The move, described by analysts as a “major coup,” could help Microsoft lock up top-selling franchises as it battles Sony for gaming supremacy.

The embattled video app Quibi is weighing a sale. The company, founded by Jeffrey Katzenberg and led by Meg Whitman, has hired financial advisers after struggling to attract and retain subscribers. Besides a potential sale, it may also raise more money or go public by merging with a blank-check company.

The latest in the Supreme Court

Justice Ruth Bader Ginsburg’s death just before the court’s latest term, weeks ahead of the elections and with the United States still in the throes of a pandemic is prompting a flurry of activity.

President Trump may name his pick by Friday. He met with the apparent front-runner, Judge Amy Coney Barrett, yesterday afternoon. But he later said he would wait to announce his choice until after memorial services for Justice Ginsburg are held. She will lie in repose at the court on Wednesday and Thursday, with the coffin placed on the front steps to allow for a public viewing. Ever the pioneer, R.B.G. is the first female Supreme Court justice to be so honored, and on Friday she will become the first woman to lie in state at the U.S. Capitol.

Republicans weigh the merits of moving swiftly. G.O.P. senators facing tough campaigns called for a confirmation of Mr. Trump’s pick, giving Mitch McConnell, the majority leader, leverage to replace Justice Ginsburg quickly. But record-breaking donations to Democratic candidates in recent days show that the confirmation battle has also energized the left. Times Opinion editors presented the case for filling the seat, made by Democrats in 2016, and for putting it off until after the election, advanced by Republicans in 2016.

Health care stocks took a hit. Uncertainty about the future of the Affordable Care Act dragged down shares in companies like Centene, HCA Services and Universal Health Services yesterday. Justice Ginsburg was a stalwart defender of Obamacare, so her death has led analysts to revise their forecasts for companies that benefit from the law’s “individual mandate,” which could be struck down in a case that the court will hear in November.

The new Supreme Court Justice will probably not be seated in time to have a say in several upcoming cases, leaving the eight current justices to decide these consequential matters. One case of interest to DealBook readers is Collins v. Mnuchin, which pits shareholders in Fannie Mae and Freddie Mac against the Treasury Department.

The fight is all about a “net worth sweep.” In exchange for bailing out Fannie and Freddie in 2008, the Treasury demands that the companies transfer everything but capital reserves to the government, which shareholders say deprives them of benefiting from future profits. As of May 2019, Fannie and Freddie, which are controlled by the Federal Housing Finance Agency (F.H.F.A.), have paid the Treasury $292 billion in dividends, of which $191 billion was via the profit sweep.

Common shareholders want to scrap the arrangement. In the Supreme Court, the shareholders are arguing that the F.H.F.A., which was created to act as a “conservator” for Fannie and Freddie in 2008, is structured unconstitutionally, thus rendering the agreement to transfer profits to the Treasury invalid. Their argument rests on the fact that the F.H.F.A.’s sole director serves for a five-year term and can only be fired “for cause,” limiting the president’s authority to appoint the head of an important government agency.

A similar claim was successful in a case about the Consumer Financial Protection Bureau. The bench split along ideological lines, with the five conservatives concluding that the “for cause” clause rendered the C.F.P.B. structure unconstitutional. However, the court didn’t invalidate the bureau’s prior actions as a result; the director question was simply “severed.”

• Fannie and Freddie shareholders may face a similar result, in which case the profit sweep agreement would survive. That is, unless the court is taking up the case to resolve the profit sweep issue specifically, which would have major implications for investors in Fannie and Freddie, the future of government conservatorships, and the mortgage and housing markets in general.

• Mark Calabria, the F.H.F.A. director appointed by President Trump last year, has said that the C.F.P.B. decision “does not directly affect the constitutionality” of his agency, but the F.H.F.A. isn’t defending its structure, either.

A loss for shareholders in the short term may turn to a win the long term. If the court upholds the F.H.F.A.’s structure, the profit sweep remains but so does Mr. Calabria, even if Joe Biden wins the presidency in November and would prefer to remove him. Mr. Calabria has already allowed Fannie and Freddie to retain more of their capital as part of plans for them to exit conservatorship and prepare for blockbuster public listings, and he would be free to pursue this agenda further without a political threat to his job.

A new study on stakeholder capitalism, in which companies focus on more than just their shareholders to promote social justice, finds that the movement has hasn’t lived up to its promises, The Times’s Peter Goodman writes.

It’s the latest blow to the concept, which was promoted by the Business Roundtable last year (and touted by several corporate chiefs in our commemoration of Milton Friedman’s seminal essay on capitalism).

Companies that adopted stakeholder capitalism did not outperform those that didn’t adopt it, on several measures, according to the study. The report follows a letter by Senator Elizabeth Warren last week to the Business Roundtable, in which she said its members had not provided “any evidence of a change in behavior.”

• Delaware’s Court of Chancery granted Tiffany’s request to expedite a trial over LVMH’s effort to walk away from its $16.2 billion takeover of the jeweler. Opening arguments begin on Jan. 5. (Reuters)

• The gene-sequencing company Illumina agreed to buy control of Grail, which is developing a blood test to detect some cancers, for $7.1 billion. (WSJ)

• The governor of the Bank of England ruled out the central bank’s adopting negative interest rates. (FT)

• A pseudonymous editor at the conservative website RedState who has criticized Dr. Anthony Fauci’s public-health pronouncements has been unmasked … as a public-relations official at the government agency that Dr. Fauci leads. (Daily Beast)

• Facebook’s head of global public affairs said the social network might restrict user content if the November elections in the U.S. descend into chaos. (FT)

• Meet Civvl, the gig-economy start-up that lets people get hired on demand to evict renters. (Vice)

• The first analyst report for Snowflake, whose shares surged in their debut last week, isn’t great for the company: It rated the stock a “sell” and warned of a potential “violent selloff.” (Barron’s)

Best of the rest

• A Russian billionaire wants to buy statues that have been taken down amid social justice protests. (WaPo)

• A humble plea: Could media companies please stop using “+” or “Plus” in naming their streaming services? (Digiday)