Dutch researchers say the “impact was real,” adding to hopes that doctors will learn more about factors contributing to preterm birth. 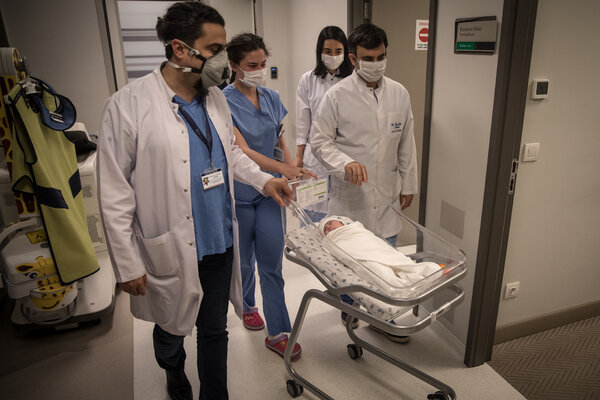 Some public health researchers are seeing hints that the coronavirus pandemic might help solve a longstanding puzzle: What causes premature birth?

Studies in Ireland and Denmark this summer showed that preterm births decreased in the spring during lockdowns to stop the spread of the virus in those countries. Anecdotally, doctors around the world reported similar drops. They speculated that reduced stress on mothers, cleaner air or better hygiene might have contributed. A large study from the Netherlands, published on Tuesday in The Lancet Public Health, has yielded even stronger evidence of an association between the lockdowns and a smaller number of early births.

The authors used data from a national newborn screening program. As in the United States, nearly all babies in the Netherlands have a spot of blood collected a few days after birth and tested for certain diseases. Information including the babies’ gestational ages — at how many weeks of the mother’s term they were born — is collected at the same time.

The Dutch researchers examined newborn blood screening data from 2010 to 2020, which included more than 1.5 million infants. Over 56,000 of those babies were born after the Netherlands started locking down in response to the pandemic.

With their large data set, the researchers compared early births in windows one to four months before and after the lockdown. Looking at the same windows in earlier years let them account for any other trends, such as seasonal changes in premature birth. No matter which windows they used, the researchers saw that premature births had dropped after March 9, when the government in the Netherlands began warning the public to take more hygiene measures and to stay home if they had symptoms or possible exposures to the virus. Within the next week, schools and workplaces began to close down.