Friday’s announcement represents a shift in tone for the company and its leader, who has repeatedly emphasized the month of October in interviews and public appearances. 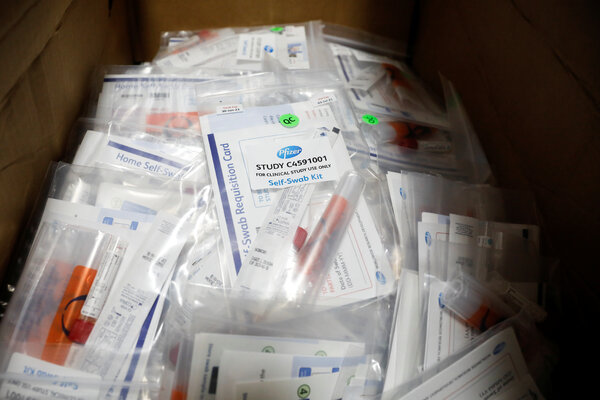 By Katie Thomas and Noah Weiland

The chief executive of Pfizer said on Friday that the company would not apply for emergency authorization of its coronavirus vaccine before the third week of November, ruling out President Trump’s assertion that a vaccine would be ready before Election Day on Nov. 3.

In a statement posted to the company website, the chief executive, Dr. Albert Bourla, said that although Pfizer could have preliminary numbers by the end of October about whether the vaccine works, it would still need to collect safety and manufacturing data that will stretch the timeline to at least the third week of November.

Close watchers of the vaccine race had already known that Pfizer wouldn’t be able to meet the requirements of the Food and Drug Administration by the end of this month. But Friday’s announcement represents a shift in tone for the company and its leader, who has repeatedly emphasized the month of October in interviews and public appearances.

In doing so, the company had aligned its messaging with that of the president, who has made no secret of his desire for an approved vaccine before the election. He has even singled out the company by name and said he had talked to Dr. Bourla, whom he called a “great guy.”

“This is good, really good,” said Dr. Eric Topol, a clinical trial expert at Scripps Research in San Diego who was one of 60 public health officials and others in the medical community who signed a letter to Pfizer urging it not to rush its vaccine.