Angela Rayner took a pop at Boris Johnson over Partygate in a speech to close the Labour Party conference in Liverpool. She said: “We’re now into 12 years into Tory Government even if we are on our fourth Prime Minister and where are they now? David Cameron, the privatised Prime Minister sold to Greensill. What was his greatest achievement, fooling the Lib Dems? Not exactly a high bar.

“If only we had known about their green cards and tax loopholes.

“Their politicians becoming like their donors, residents of everywhere and taxpayers of nowhere.

“Then there’s Boris Johnson. I do owe him one apology. I said he couldn’t organise a booze up in a brewery. 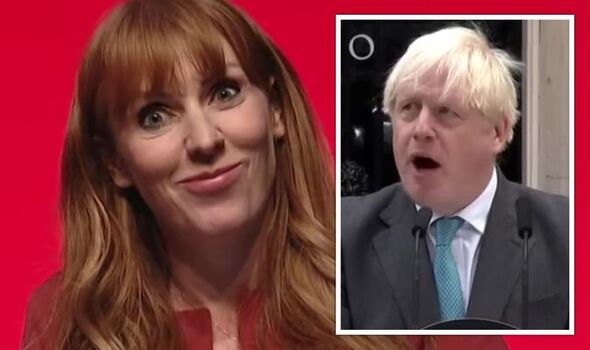 “Turns out he can organise a booze-up pretty much anywhere, just a shame he couldn’t organise anything else.

“We’re a party with a serious plan. He had a plan for a serious party.

“I’ll miss one thing though, as inflation ran out of control at least his jokes were one thing that got cheaper every week.

“But the real problem wasn’t that his jokes were so cheap but his mistakes were so expensive.

“He ended his time claiming he was forced from office by the deep state, the only deep state was the one he left our country in.”