Rail strikes: RMT chief grilled on 'walking out' of talks

During his appearance, Mr Lynch shared his thoughts on Boris Johnson and even said he hopes the Prime Minister is “undermined”.

Speaking ahead of polls closing in yesterday’s by-election contests, Mr Lynch said: “I hope that he loses these elections and I hope that he is undermined, frankly…

“His main problem is that he is unembarrassable.

“No matter what he does he is not embarrassed by his failures, by the image he gives off and by his behaviour.” 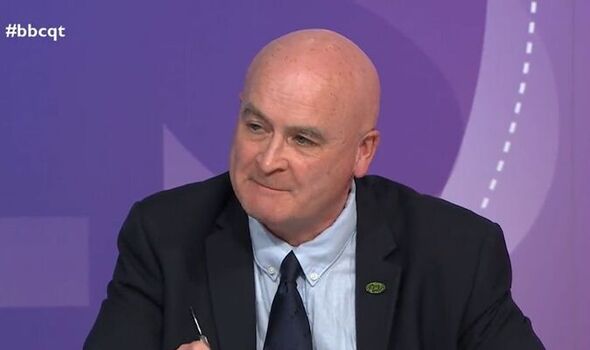 He said: “Ultimately, the Tories will get rid of him before the ballot box gets rid of him because that’s what is in their interest.”

She said: “For all his faults… I think Boris has been doing a valiant job.”

The audience member then pointed to the Prime Minister’s response to Brexit and Covid as ways in which he has shown he has done “the best he can”.

The RMT’s rail strike in particular featured heavily during discussions on the BBC’s flagship panel programme. 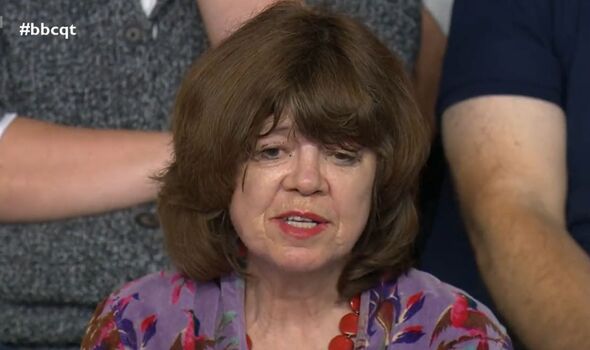 Around 40,000 staff members from the National Union of Rail, Maritime and Transport Workers (RMT) have ground the country to a halt over concerns about pay and work conditions.

However, voters also discussed the cost of living crisis and Dominic Raab’s move to reform the Human Rights Act.

Ms Bruce will be joined by a new panel in Inverness next week, before heading to Barnsley in a fortnight.