England will exit its second national lockdown on December 2 – but it will not be a return to normal. Instead, the country will face the return of the three tier restrictions which were put in place in October. And this time, the tier restrictions are thought to be much, much tougher.

The new Covid Winter Plan will see more areas placed into the higher tiers in a bid to halt the spread of the coronavirus.

The aim of this is to keep the virus under control, and ensure no further national restrictions are needed to be enforced.

Some measures will remain the same as those in the previous system but others will be strengthen under the new proposals.

The plan is also expected to outline how the UK will be able to spend Christmas this year and what restrictions any family gatherings will face. 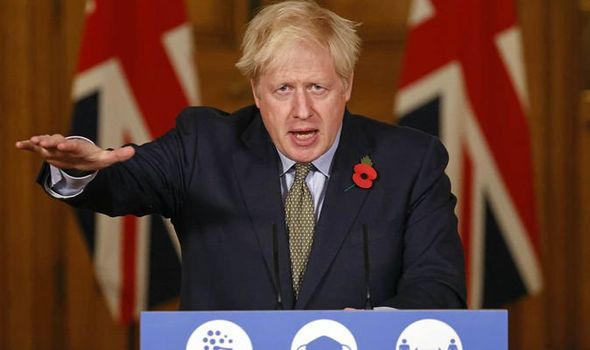 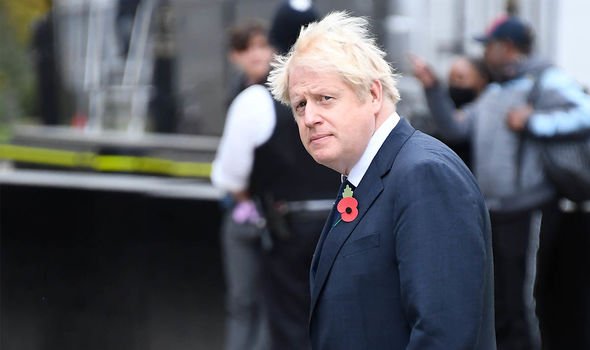 When will Boris address the nation again?

The Prime Minister is expected to unveil his new plans on Monday – likely to be in the House of Commons.

Mr Johnson is expected to hold discussions with his Cabinet over his proposals today, before announcing the plans to Parliament on Monday.

As yet no details have been made available about Mr Johnson’s next public address.

Express.co.uk will update this story once a time has been announced. 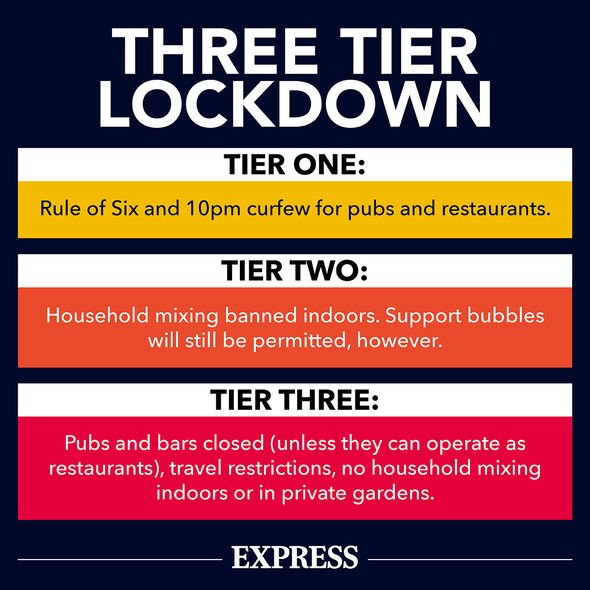 What can we expect from the Covid Winter Plan?

The principle of the new three-tier restrictions will be loosely based on the old rules, which were in place from mid-October to November 5.

However, some rules will be toughened up while others- like the 10pm curfew – could be scrapped,

It is understood Mr Johnson will extend opening hours to 11pm in a bid to help the badly hit hospitality industry.

Last orders will remain at 10pm but the extra hour will give people time to finish their food and drink.

DON’T MISS
Future Covid lockdowns would be ‘the final straw’ for many businesses [INSIHGT]
It’s time for PM to focus on levelling-up Britain says PETER CARDWELL [COMMENT]
Brexit LIVE: Rishi Sunak promises to walk away with no deal [LIVE BLOG]

England will move into tougher tiered regional restrictions than before, with more areas being put in the top tier in a bid to halt the spread of the deadly virus.

The Prime Minister’s office said: “The Prime Minister and his scientific advisors are clear the virus is still present – and without regional restrictions it could quickly run out of control again before vaccines and mass testing have had an effect.

“That would put in jeopardy the progress the country has made, and once again risk intolerable pressure on the NHS.”

The plan will also include details on interactions at Christmas.