Labour leader Sir Keir Starmer claimed the move would add “further insult to injury” for NHS workers still fighting against the coronavirus pandemic. But Boris Johnson immediately dismantled the claim and accused Sir Keir of opportunism. The Prime Minister blasted: “The hospital car parks are free for NHS staff for this pandemic, they’re free now and we are going to get on with our manifesto commitment to make them free for patients who need them as well.

“The House will know that that was never the case under the Labour Government – neither for staff nor for patients.

“May I respectfully suggest that he takes his bandwagon and parks it free somewhere else.

“One week is backing something the next week he’s not.

“One week he’s in favour of a tax from wealth and tax on homes, the next week he tries to tiptoe away from it.

“We know how it works: he takes one brief one week, one brief the next. He’s consistent only in his opportunism whereas we get on with our agenda. 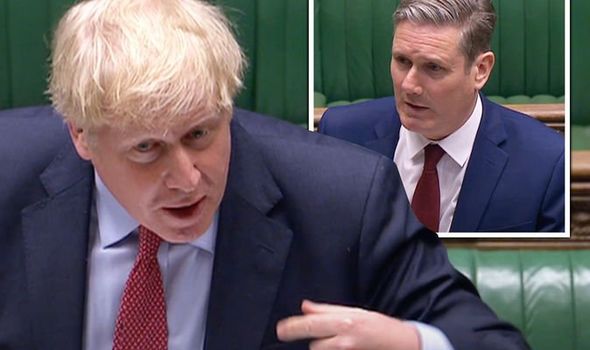 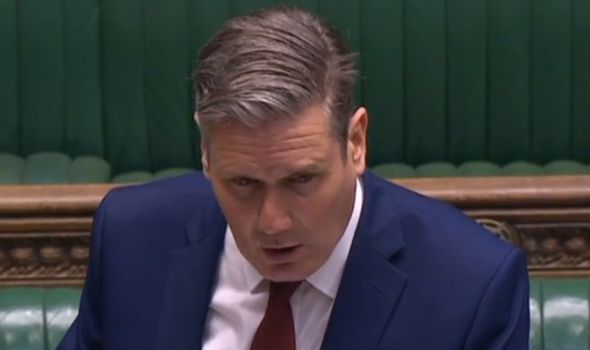 The Labour leader called on Boris Johnson to apologise for his comments on care homes.

Sir Keir said: “On Monday, when asked why care home deaths had been so high the Prime Minister said, and I quote, ‘too many care homes didn’t really follow the procedures in the way that they could have’.

“That has caused huge offence to frontline care workers. It has now been 48 hours. Will the Prime Minister apologise to care workers?”

Mr Johnson replied: “The last thing I wanted to do is to blame care workers for what has happened or for any of them to think that I was blaming them because they’ve worked hard, incredibly hard, throughout this crisis, looking after some of the most vulnerable people in our country and doing an outstanding job.”

“And as he knows, tragically, 257 of them have lost their lives.

“And when it comes to taking blame, I take full responsibility for what has happened.”

But the Labour leader said Boris Johnson’s answer was “not an apology and it just won’t wash”.

Sir Keir said: “The Prime Minister said, his words, too many care homes didn’t really follow the procedures in the way that they could have. It was clear what he was saying.

“And the Prime Minister must understand just how raw this is for many people on the front line and for those who have lost loved ones.”

He added: “I ask the Prime Minister again, will he apologise to care workers, yes or no?”

Mr Johnson replied: “He keeps saying that I blamed or try to blame care workers and that is simply not the case. The reality is that we now know things about the way coronavirus is passed from person to person without symptoms that we just didn’t know.”

He added: “Perhaps captain hindsight would like to tell us whether he knew that it was being transmitted asymptomatically.”

Sir Keir Starmer added: “By refusing to apologise the Prime Minister rubs salt into the wounds of the very people that he stood at his front door and clapped.

“The Prime Minister and the Health Secretary must be the only people left in the country who think they put a protective ring around care homes. Those on the front line know that wasn’t the case.”

After Sir Keir quoted a frustrated care home manager, Boris Johnson told the Commons that the Government “appreciates the incredible work” of care home workers before pledging to reform the sector.

The Prime Minister said he hoped it would be on a “cross-party” basis to which Sir Keir agreed, although noted: “His Government has been in power for 10 years with no plan no White Paper. Of course we’ll join in plans for reforming social care but 10 years wasted.”