The Ministry of Defence has confirmed that four 80-metre armed vessels have been placed on standby to guard British waters from EU trawlers in the event that there is no new agreement on fishing rights after December 31 when transitional arrangements end. Reports also suggested that military helicopter surveillance will be made available and that ministers are considering beefing-up Navy powers in legislation to authorise them to board and arrest fishermen found to be contravening post-Brexit rules. Tobias Ellwood, Conservative chairman of the Commons Defence Committee, called the threat “irresponsible” while former European commissioner Lord Patten accused the Prime Minister of behaving like an “English nationalist”.

The decision to ready the Navy for increased territorial patrols – likely to be read as a warning in Brussels over fishing rights – comes after Mr Johnson met senior minister Michael Gove, who has responsibility for Brexit planning, and other officials on Friday afternoon to “take stock” of Government plans for a no-deal exit.

The Prime Minister and European Commission president Ursula von der Leyen have both warned that a no-deal outcome looks more likely than an agreement in the trade negotiations, with the pair having agreed to take a firm decision on the future of the talks on Sunday.

Former defence minister Mr Ellwood voiced his concern about the Royal Navy proposals and urged for the gaps in the negotiations to be bridged before the deadline.

“I think these headlines are absolutely irresponsible. We need to be focusing on what is already in the bag – 98% of the deal is there, there are three or four outstanding issues,” he told BBC Radio 4’s Today programme. 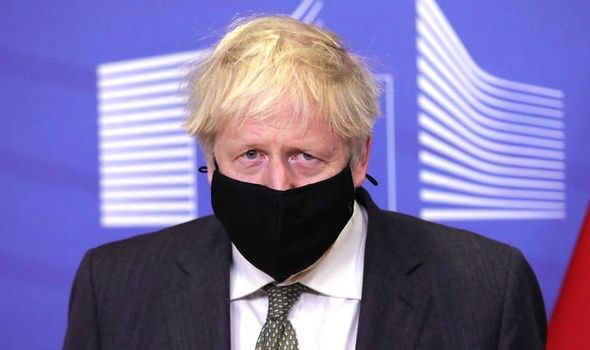 “Important though they are, let’s park those for the future. Let’s get this deal because economically, but most importantly, international reputationally this would be so damaging to Britain – it would be a retrograde step, a failure of statecraft.”

Lord Patten, speaking to the Today programme, said he feared for the UK’s future under Mr Johnson’s premiership after the Conservative leader said on Friday it looked “very, very likely” that the country was on the prospect of leaving the single market without new trading arrangements in place for January 1.

Former Tory chairman Lord Patten said: “While I hope for the best, I do fear for the worst because it is very, very difficult to see what the plan is, how we’re going to do so brilliantly when we’re out of this ‘cage’ of Europe – which we of course helped to build because the main constructor of the single market was Margaret Thatcher.” 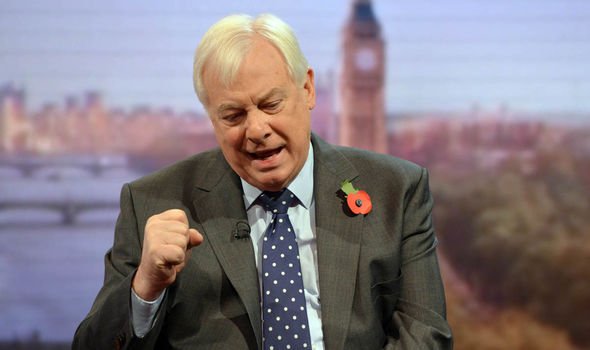 The trade talks continue to be deadlocked over the thorny issues of fishing rights and the so-called level playing field “ratchet” that would tie the UK to future EU standards.

The bid to shore up protection of British waters came at the suggestion of some Government backbenchers, with Shrewsbury MP Daniel Kawczynski tweeting on Friday that naval forces should be deployed in the New Year “to prevent illegal French fishing in our waters”.

Admiral Lord West, a former chief of naval staff, also said he agreed that the Royal Navy should protect UK waters from foreign fishing vessels if asked to do so in a no-deal Brexit scenario.

“It is absolutely appropriate that the Royal Navy should protect our waters if the position is that we are a sovereign state and our Government has said we don’t want other nations there,” Lord West told Today. 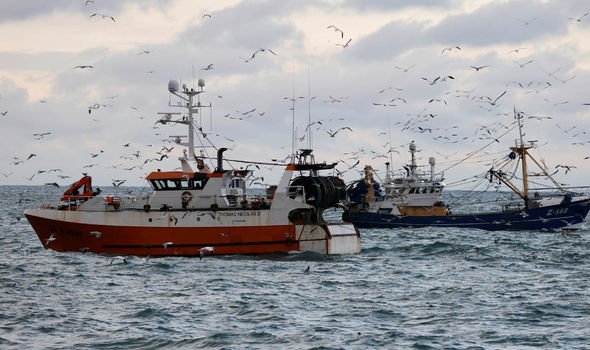 “There are complications in that you can push vessels aside, you can cut their fishing tackle but boarding these foreign ships, they’ll need to pass probably a little thing through Parliament to give authority to board and get on them.

“There is no doubt if you are a fisherman who has fished for years there – they are, as our fishermen are, quite stormy people – and you get a bit of a punch-up and you might need some Marines and things.”

Preparations are also being made at ports, with part of the M20 motorway to be shut for four consecutive nights across the weekend as Kent tests plans to tackle any disruption as a result of customs changes.

Chief trade negotiators Michel Barnier and Lord Frost are set to talk throughout the weekend in Brussels.