Starmer: Hancock warns of a ‘dirty’ deal with Sturgeon

After suffering a major defeat in the Tiverton and Honiton and Wakefield by-election, the Conservative Party fears the next general election might see Labour prevail with a hung parliament and form a coalition with Nicola Sturgeon’s SNP. If the party “fails to pull together”, Tory MP Matt Hancock says, Labour leader Sir Keir Starmer would have the free rein to pact with Nicola Sturgeon and push for a second Scottish independence referendum, which would “break up” the union.

Speaking on LBC, he said: “And this is what I’m telling you is the thing I’m most worried about is our side of the fence, so to speak, failing to pull together. And therefore, leaving it for a deeply uninspiring person, Keir Starmer, who’s not got the country going. And you know, people are not flocking towards him. Having to do with a dirty deal with Nicola Sturgeon that breaks up the country after the next election because they can’t form a majority on their own.

“And there is a solution to that,” Mr Hancock added.

LBC’s Tom Swarbrick cut him off, saying: “We’re going back to the future with the coalition of chaos message, aren’t we? It’s got 2015 vibes all over it.”

Matt Hancock exclaimed: “But it was true! Right, it was true then and it’s true now. That is what you can see from these by-election results, there is no putative Labour majority in sight. And that is a big risk to the future of the union and that’s why we need to pull together now.” 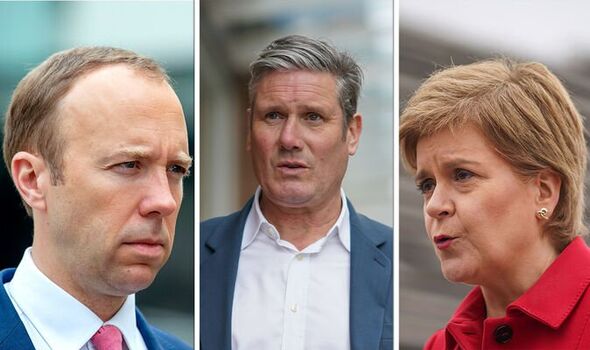 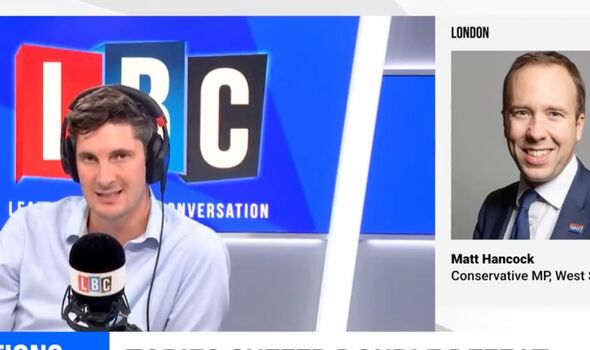 Mr Swarbrick then asked: “Are there any circumstances, say for instance a parliamentary committee finds the Prime Minister deliberately misled the House of Commons in which you’d think that this Prime Minister Boris Johnson ought to go?”

“But what I’m telling you is what I think now. And I’m not going to get into hypotheticals about potential future scenarios, except to say that what I do is, as a local representative, as a backbencher, is assess what is in my constituents’ interests in West Suffolk and what’s in the national interest.

“And what I believe in my heart.” 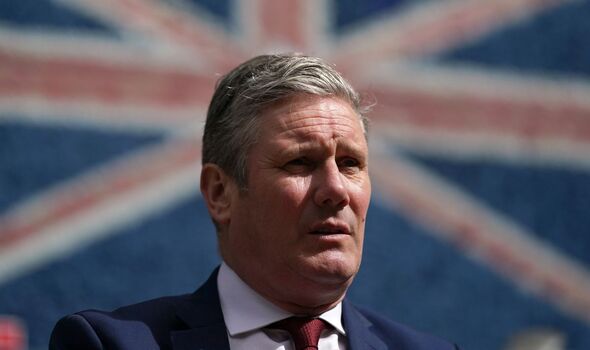 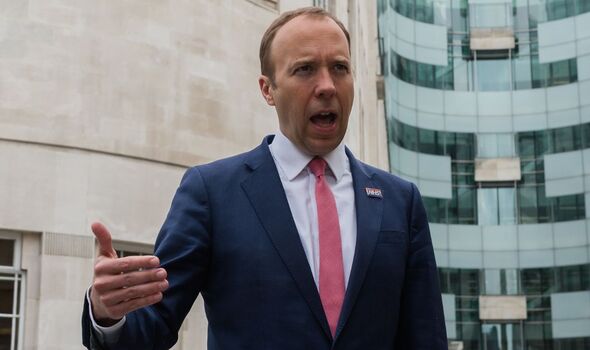 Mr Hancock’s concerns come as Nicola Sturgeon will set out her roadmap to a second independence referendum next Tuesday.

In a press conference announcing her bid to hold a new referendum, she threatened to override section 30 of the Scotland Act with a loophole to circumvent Westminster’s greenlight.

Both Boris Johnson and former Prime Minister Theresa both dismissed that option. While Theresa May said now was not the time back in 2017, Boris Johnson justified his decision by claiming the 2014 referendum “was a once in a generation event.” 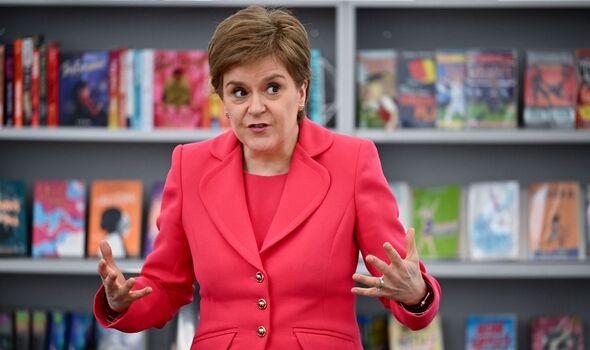 In another blow to Nicola Sturgeon, Scottish Labour leader Anas Sarwar ruled out ever entering a coalition with the SNP.

It remains unclear whether Ms Sturgeon will find a loophole to override Westminster. But according to Scottish Secretary Alister Jack, “some people in the SNP are saying there is a way around the Section 30 but not that we know of.”

READ NEXT:
‘No ifs, no buts, no deals with SNP’ Labour rules out indyref2
BBC host accuses SNP of betraying its own voters for indyref2 push
Sturgeon’s independence hopes brutally crushed
Nicola Sturgeon ‘happy to be part of UK’ if Eurovision in Glasgow
Scottish independence to ‘delight’ Putin — Russian ‘interference’