The Chancellor unveiled a host of new measures to help companies flourish across Britain. They included a £5billion boost for exports, as revealed by the Daily Express, to encourage overseas buyers to snap up UK goods and services. He also announced £130million for start-up loans to fire up growth, £200million for a British business bank, £200million for life sciences, and help for entrepreneurs.

Mr Sunak said: “We know that to put more money in people’s pockets, we need a thriving private sector. That is what drives growth, creates jobs, lifts living standards.

“So the second part of our plan for prosperity is to unleash the power of business.” The £5billion package will be made through UK Export Finance (UKEF), the Government’s export credit agency. The Budget boost will hike UKEF’S lending capacity from £3billion to £8billion, the biggest amount yet offered.

Mr Sunak believes the loan deals will encourage investment in UK firms to help the Government’s effort to spread prosperity and opportunity.

About £2billion of the fund will be offered for exports that encourage green growth. A further £1billion is earmarked for the defence industry.

A shake-up of entrepreneurs’ relief will limit the tax break available to those selling their businesses to £1million over a lifetime.

Mr Sunak ignored calls to abolish the relief completely, claiming the Government should not discourage genuine entrepreneurs who rely on it. 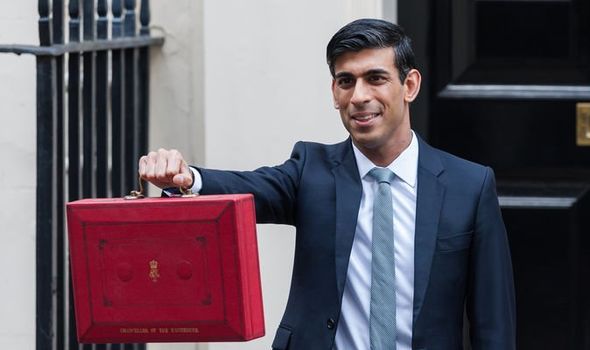 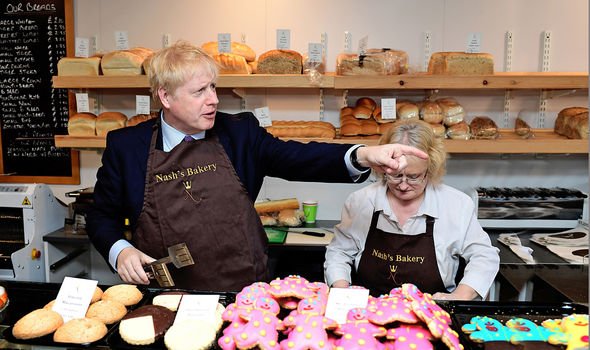 He added: “We need more risk taking and creativity in this country, not less.” Instead he announced he would reduce the lifetime limit from £10million to £1million.

The rules allow business owners of two years or over to pay less capital gains tax when they sell (10 percent rather than 20 percent), but this relief will now be capped at £1million for any one person.

The Chancellor said 80 percent of small businesses would be unaffected, but the Treasury would save £6billion over the next five years.

He is giving most of that in savings straight back to small businesses.

Mr Sunak added: “The Research and Development Expenditure credit will be increased from 12 to 13 percent, a tax cut worth £2,400 on a typical R&D claim.

“The Structures and Buildings Allowance will be increased from two to three percent, giving an extra £100,000 of relief if you’re investing in a building worth £10million.

“And, to cut taxes on employment, I will deliver our promise to increase the Employment Allowance by a third to £4,000.

“That’s a tax cut this April for nearly half a million small businesses.” 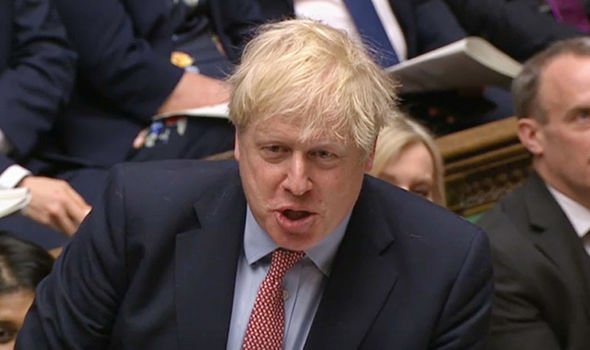 He added that the measures were “another step towards the dynamic, low tax economy we want to see. We promised to cut taxes on business – we’re getting it done.”

The plans are in line with Boris Johnson’s aims to help business. While campaigning to become PM last year Mr Johnson visited a number of firms, including the family-owned Nash’s Bakery in Bicester, Oxfordshire.

Les Cameron, pensions and tax expert at Prudential UK, said: “The changes to entrepreneurs’ relief will increase the amount of tax paid by businesses sold at a profit of over £1million.

“We should see advisers and accountants working to extract value from these businesses.”

Research and development is in line for a £22billion-a-year shot in the arm. More than £1billion will go to the animal health science facility in Weybridge, Surrey, while £800million will be available for a new “blue skies” research body based on a former US government agency.

Hundreds of thousands of homes will be protected from flooding thanks to funding doubling to £5.2billion.

The Budget boost will be spent on 2,000 new flood and coastal protection schemes to prevent a repeat of this winter’s destruction, safeguarding an estimated 336,000 homes without adequate defences.

The amount includes an immediate £120million cash injection to the Environment Agency to repair storm damage and bring at least 300 schemes back to full operation. This year was the wettest February in the UK since records began in 1862 following three successive storms.

In some of the worst-hit areas in the Midlands, Wales and South Yorkshire, homes and businesses flooded three times within weeks.

Chancellor Rishi Sunak said: “Communities up and down Britain have been hit hard by the floods this winter, so it is right that we invest to protect towns, families, and homes across the UK.”

Laws to protect hard cash will bring stability to the whole system, according to the UK’s main ATM network.

The Government has pledged to protect access to folding money for those who need it, as revealed in the Daily Express on Saturday.

The rapid disappearance of many bank branches and free-to-use ATMs has fuelled concerns about people’s ability to get notes.

John Howells, chief executive of Link – the UK’s main cash machine network, said: “We are delighted the Government is taking action. It is vital we protect free cash access as long as people need it. This support will provide stability and resilience to the cash infrastructure, allowing Link and banks to continue supporting communities.”

One area to be looked at is whether to give watchdogs new powers to ensure banks continue to support customers’ cash needs.

Around two million people still rely on cash daily, with three in 10 payments made with notes and coins. 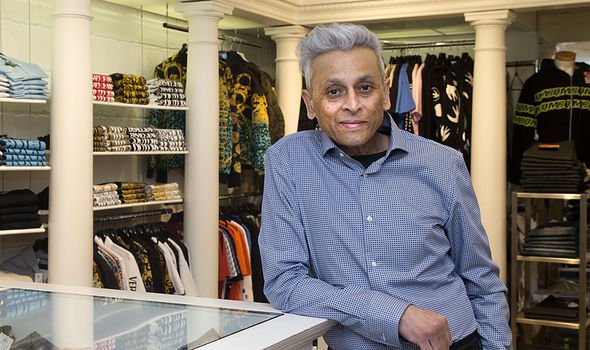 Paul said: “I’m really pleased. High rates are a killer for small independents like mine. I know it is only temporary but every little helps and there’s a review coming up in the autumn which may extend the offer or cut rates permanently.”

Paul, who employs seven staff at Niro Menswear in Peterborough, also thinks relaxing the rules around statutory sick pay for those workers hit by the coronavirus is a good idea.

He said: “I hope none of my staff get sick but if they do, this offer will make a worrying situation easier.

“I think the Budget was mainly a force for good though I would have liked to seen online retailers hit with a tax bill.

“That’s something the Chancellor will have to look at if he is serious about regenerating town centres. It’s a struggle for us to compete.”

What we’ve seen from the Chancellor and his Budget is something that really does support small businesses.

Crucial steps have been made to support small firms, not only through this coronavirus outbreak, but also addressing some of the many other problems being faced on our high streets.

We welcome the announcement that the cost of statutory sick pay for 14 days for firms with fewer than 250 employees will be paid for by the Government.

It’s also welcome to see the suspension of business rates for retail, leisure and hospitality small firms. This should not detract from the need in the longer term for fundamental reform to bring down the burden of regressive business rates on bricks and mortar firms.

We at FSB are more than happy to work with the Government on this on the forthcoming review. The announcement that there will be a continued freeze on fuel duty is a move which will help many businesses who are reliant on their vehicles. At the same time it’s crucial we do move to greener modes of transport and the investments being made in that sector sound promising.

This has been a pro-small business Budget.

We hope that this is the start of a continued drive from Government to help our 5.8 million small businesses and self-employed individuals who are the backbone of our economy.