Michel Barnier, the European Commission’s Head of Task Force for relations with the UK, has sent the draft document to EU bosses less than 24 hours after it was confirmed the second round of Brexit talks which were scheduled for next week have been cancelled due to the coronavirus. Mr Barnier said: “We’ve sent a draft agreement on new EU/UK partnership to European Parliament and Council for discussion. “It shows ambitious and comprehensive future relationship is possible. We must give ourselves every chance of success.

“We will publish the text after our EU exchanges and look forward to working with the UK.”

Boris Johnson’s chief Brexit negotiator David Frost has so far only held one round of formal talks in Brussels following the start of the negotiating period at the beginning of March.

Several hurdles including clashes over fishing, laws and the Irish backstop remain unsolved before the transition period ends on December 31.

BBC’s Europe Editor Katya Adler has said the EU has grown “anxious and irritated” over the lack of progress on the controversial Irish backstop. 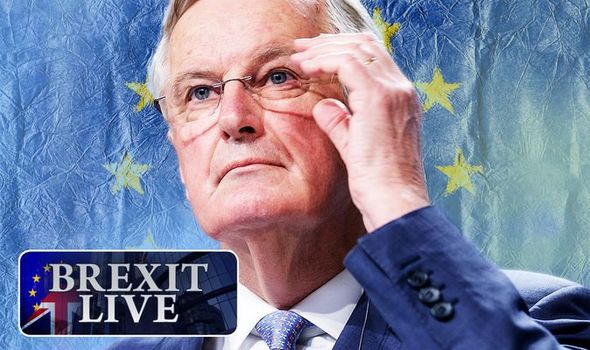 Ms Adler told the BBC’s newscast podcast: “Somewhere the EU is really not pleased with any progress because it does not see any, is implementing the Irish protocol, the backstop that became a front stop.

“The EU wants to see work being done on some kind of infrastructure so that there will be customs checks, or tests, or whatever it is going to have to be.

“If you think about the border between Norway and Sweden , and Norway is inside the EEA, there is still infrastructure on that border there and the EU is anxious and irritated I think would be the adjectives I would describe about that. 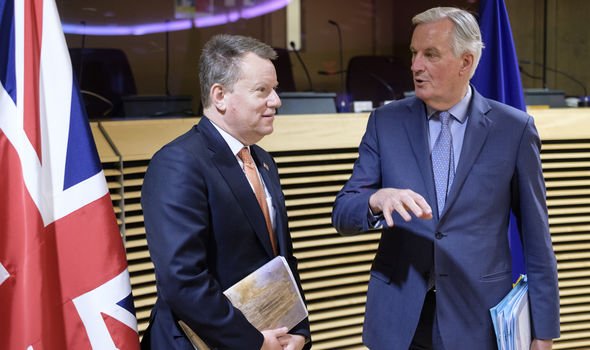 “Even if trade talks, well they have only had one yet, which is sort of basically comparing notes, but even if the tone is good there is real irritation and that will soar trade talks if they don’t see advancement if you like on the UK side.”

Following the cancellation of the trade talks in a joint statement the UK and the EU said they would be looking at “alternative ways” to conduct the negotiations including video conferencing.

Brexit negotiations should be “suspended immediately” following the coronavirus pandemic, a trade expert has warned.

David Henig, Director of the European Centre For International Political Economy, said: “Brexit negotiations should be suspended immediately except to agree the modalities of an extension to make up for any time lost.

“A simple matter of priorities. Managing a pandemic, supporting individuals, and protecting from potential financial crisis must be the focus.” 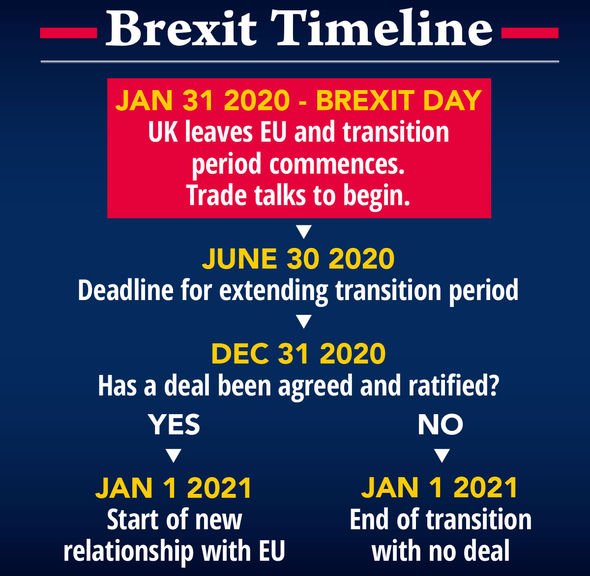 A trade expert has outlined the possible dangers of publishing a draft Free Trade Agreement (FTA).

Former Australian trade negotiator Dmitry Grozoubinski wrote on Twitter: “If they do go public or if the draft leaks, it means whatever final deal is reached with the EU, the UK negotiators will have to explain not only any divergence from the high level negotiating mandate, but also literally every word of divergence from this draft FTA text.

“The EU is often said to have successfully weaponised transparency against the UK in Brexit Phase I, so this may be an attempt to double down and turn the tables.

“The UK strategy could be nailing its trousers to the mast in as many ways as possible to present the EU with a ‘take-it-or-leave-it’ deal, while furiously signalling the UK can live with either.

“It’s a risky approach, and one that leaves little room for actual negotiation.”

8.45am update: Kuesnssberg reveals the UK to ignore EU demands over Irish backstop

BBC Political Editor Laura Kuesnssberg has revealed the UK will ignore the EU’s request to speed up progress on implementing the Irish protocol.

BBC’s Europe Editor Katya Adler has said the EU has grown “anxious and irritated” over the lack of progress on the controversial Irish backstop.

Ms Kuesnssberg said: “I was talking to one cabinet minister about exactly that and it’s pretty clear from their point of view that they are going to do as little as possible.

“They take a very, very different attitude to how it ought to work.”