Brexit: Fisherman says industry has been 'shafted' with deal

Ministers are currently finalising the plans, which was promised last month in a bid to diffuse criticism by fishermen that the Government had sold out the industry in a last-ditch bid to get a trade deal over the line. The move is expected to allow British crews to expand their fleet and catch species that were traditionally exclusive to the French and Dutch.

The funding will also be used to boost the processing industry to ensure that there is the capacity to land the extra catch.

Chancellor Rishi Sunak is understood to have backed the move before the Brexit deal was signed off late last month.

A senior Government source told the Times: “We took the view that the fishing fleet needed to be rebuilt to take advantage of the new access.

“We needed to invest a lot more into it if we were actually going to be able to catch the fish that we will be entitled to.

“Rishi said, ‘Yes we can do that. The Treasury can find the money to help.’” 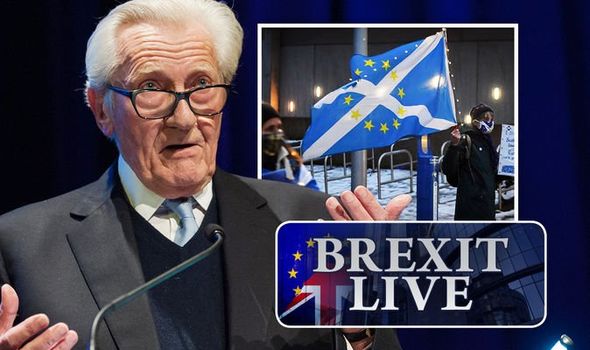 Small British operators are also expected to receive dividends from the funds, amid concerns that much of the present quota is controlled by large companies.

The trade deal struck with Brussels on Christmas Eve allows the EU to keep 75 percent of the value of what it catches in British waters, while 25 percent must be returned to British fisherman through the five-and-a-half-year transition period.

From the summer of 2026, Britain can cut quotas or exclude boats in a zone of 6-12 nautical miles.

It comes as the Royal Navy has begun patrolling the UK’s territorial waters to emphasise the changed under the post-Brexit deal.

Hours before the deal took effect on New Year’s Day the boats, armed with cannons and machine guns, left Portsmouth to put a stop to any illegal fishing in UK fishing grounds.