Face-to-face meetings scheduled to take pace in London have been ruled out as the deadly outbreak sweeps across Europe, forcing both sides to turn to videoconferencing to keep the negotiations going. A joint statement released last week said: “Both sides are currently exploring alternative ways to continue discussions, including if possible the use of video conferences.” But some experts fear online discussions will be a poor substitute for round-the-table talks.

Andrew MacDougall, who was head of communications for Canadian Prime Minister Stephen Harper during seven years of trade talks with the EU, told politic.eu: “It sounds possible in theory but it’s not practical.”

“People are fooling themselves if they think they will have the same kind of chemistry and ability to get things done over a screen as they will in person.

“So much of this is on intangibles like trust and sentiment and those are really only things that build up from being around the people, being literally across the table from them and having coffees with them in the breaks.” 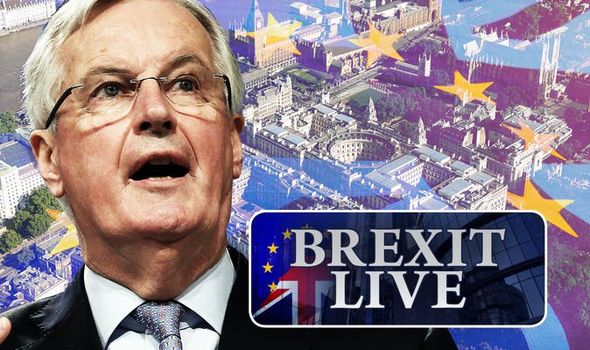 Former British trade negotiator David Henig said a Brexit trade deal could be done over videoconference but warned the process would take much longer.

Mr Henig, who is now a director at the European Centre for International Political Economy, said: “Instead of running 11 things simultaneously you can make some progress by doing one in turn.

“It’s not that it absolutely can’t be done but the dynamic is much slower than having lots of people together.

“People find it difficult to concentrate on the dynamics of a screen and sort of float away into different places.” 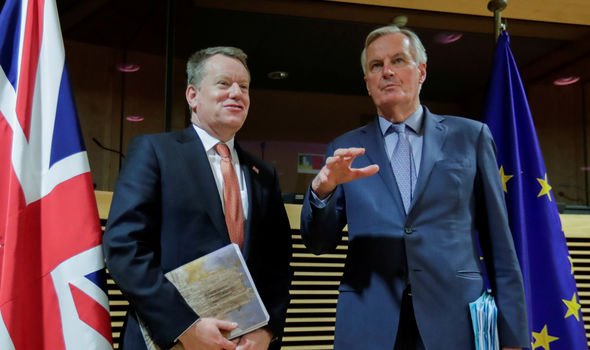 One senior business representative said: “Do you really want to negotiate on a line where not only might the sound and picture keep cutting out, but it might not be secure?”

A Downing Street spokesman said: “Secure calls take place across the government estate all the time.”

SCROLL DOWN FOR BREXIT LIVE UPDATES

House prices in London have increased this month by the highest amount since before the Brexit referendum, new figures show.

The average price of a home in the capital is now £639,000, an increase of 5.1 per cent in the year as the number of people looking for a home outstripped the rise in the number of homes being put up for sale.

In its monthly house price index, property portal Rightmove said sales agreed rose by 34.4 per cent to reach the highest figure for this time of year since 2016, while house price growth was at its highest since May the same year.