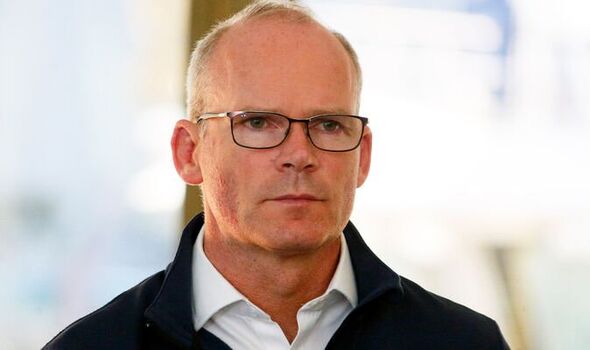 Brexit talks have made “progress” after “are the best two weeks of negotiation that we’ve seen since the start of the year”, Irish foreign minister Simon Coveney said.

Speaking to reporters this afternoon he said both the UK and EU were committed to finding a solution to frictions caused by the Northern Ireland Protocol.

But he dashed hopes of an imminent deal, saying that the proposed deadline of October 28 was “not realistic”.

The DUP has refused to take its place in Northern Ireland’s devolved government in protest at the problems caused by the Protocol.

Legally fresh elections to the Stormont parliament must be held if there is not a working devolved government by the end of the month.

Mr Coveney of Brexit talks: “Yes they have made some progress.

“These are the best two weeks of negotiation that we’ve seen since the start of the year.”

He added: “I think there is now in place the start of a process that I hope can deliver through negotiation, but it is just too early to tell whether that is going to be possible or not.”

Unionists argue the Northern Ireland Protocol undermines the province’s position in the United Kingdom by forcing bureaucratic customs checks to be carried out on goods crossing the Irish Sea.

They also object to the European Court of Justice acting as the final arbiter of disputes between the UK and EU.