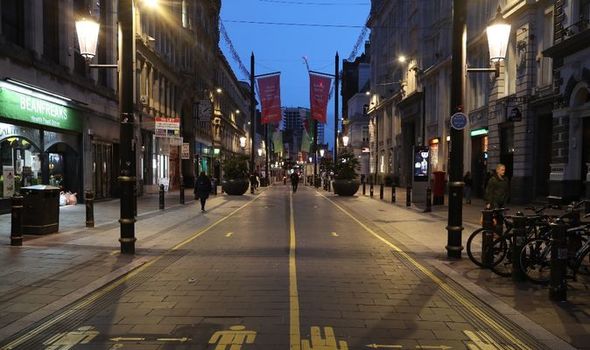 The number falls to just over half if there were no guarantees it would not be repeated.

And 43 percent of those polled said they would be less likely to support any type of lockdown without further financial support for workers and businesses.

Those least likely to support a circuit breaker were those aged 18 to 24, with under half – 46 percent – supporting a lockdown without an assurance it would be a one-off. This compared to 55 percent across all ages.

Wales, which entered its “fire break” yesterday, showed strong support for the intervention. It found 62 percent supported a one-off circuit breaker, and 55 percent supported one even without a guarantee it would not be repeated.

Six out of 10 people aged 25 to 34 said they were less likely to support lockdown measures without further support for affected businesses and staff.

This compared to just one in four (24 percent) of those in the over-65 age group.

The polling also found that 29 percent of adults said their mental health had worsened in the past month. 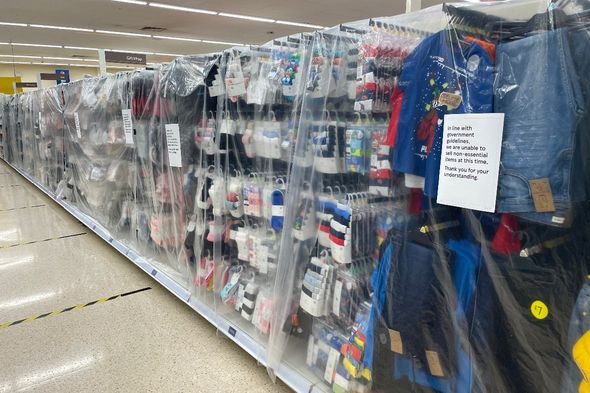 This was the case for nearly four out of 10 people (38 percent) aged 35 to 44, and more than a third of adults in younger age groups. Only 15 percent of those aged over 65 said their mental health worsened during this time.

The majority of people were more concerned about another severe outbreak than the threat of economic collapse.

Nearly half of respondents (48 percent) said another severe coronavirus outbreak would be worse than a bankrupted country, while just over a third (35 percent) thought bankruptcy was a worse outcome.

The research reveals that 63 percent would get vaccinated if a vaccine becomes available at little to no financial cost within the next year but 18 percent would not.

Fewer than one in 20 (four percent) think a vaccine will be available later this year. While a quarter anticipate it becoming available in the spring of 2021, a third think we will have to wait until the summer or later – and eight percent say it is unlikely that an effective vaccine will ever arrive.

Sir Desmond Swayne, the Conservative MP for New Forest West and a leading critic of the YES 48% 17% Government’s handling of the pandemic, responded to the findings, saying: “We aren’t half making life very, very difficult for people.”

He argues lockdowns will “absolutely” do more harm than good and have an impact that is “much worse than the disease”.

Stephen Buckley of the charity Mind stressed the need for action to address the mental health challenge facing Britain.

He said: “The pandemic is as much a mental health crisis as a physical one. People are really struggling with isolation, stress, grief and financial worries.”