The Health Secretary, who pledged 100,000 tests would take place daily by the end of April, said the huge accomplishment would help get Britain out of lockdown and “back on her feet”. He said teams across the country toiled tirelessly to make sure the goal was met. And he added the dramatic increase was “crucial to suppress the virus” and will help the nation win the battle against the disease.

Mr Hancock said: “I knew that it was an audacious goal but we needed an audacious goal because testing is so important for getting Britain back on her feet. I can announce that we have met our goal. The number of tests yesterday, on the last day of April, was 122,347.

“This unprecedented expansion in British testing capability is an incredible achievement – but it is not my achievement, it is a national achievement.”

Across the country, 49 drive-through sites are open while 96 mobile units tour the nation.

Mr Hancock’s total also includes home test kits, which were counted when they were dispatched.

He said the increase in capacity would “help every single person in this country”.

The Health Secretary had faced criticism for setting such a tough target but he insisted it was the right choice to make.

He said: “Setting stretching, ambitious goals in a crisis has a galvanising effect on everybody involved. It is a mission. 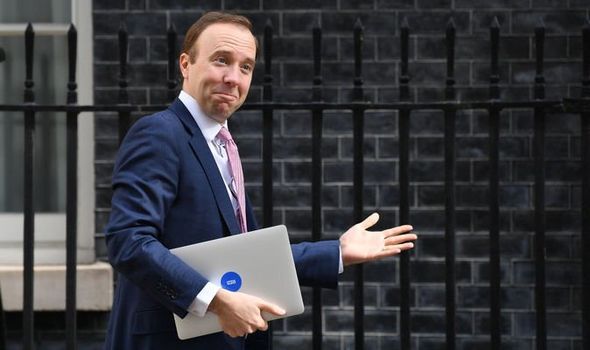 “If we hadn’t been so bold, if we’d chosen a safer, easier path, I just can’t see how we would have built the capacity that we need.”

Speaking at the daily Downing Street press briefing, Mr Hancock revealed the next phase of his mission will be to recruit an army of experts to track and trace people who have come into contact with those who have tested positive for coronavirus.

It will help the Government in its plans to give back some freedoms to the public.

He said: “In recent weeks we’ve had to impinge on historic liberties to protect our NHS and our loved ones, and yet our goal must be freedom.

“Freedom from the virus, yes, and we will not lift measures until it is safe to do so.

“But also we care about the restoration of social freedom and economic freedom too – each citizen’s right to do as they please. For now, we’re working together to stay home, we’re impinging on the freedom of all for the safety of all.

“With this next mission of test, track and trace, I’m seeking a solution that allows us – by each of us participating – to target the measures that are needed with much more precision and so to reassert, as much as is safely possible, the liberty of us all.”

It takes the total to 27,510 fatalities in hospitals, care homes and the wider community, up until 5pm on Thursday. Prime Minister Boris Johnson is expected to hold a Cabinet meeting next Thursday – the day the Government is legally obliged to review the lockdown measures.

He promised two days ago to set out a “road map” next week.

Some measures could be eased – but others tightened – depending on the evidence presented by scientists advising the Government. Mr Johnson is drawing up a plan on how to gradually reopen the economy in the coming weeks and months.

It will look at when children can return to school, how employees can travel to work and ways to make workplaces safer.

NHS England’s national medical director Prof Stephen Powis, who appeared alongside Mr Hancock yesterday, warned against opening classrooms too early. He explained the “science is still evolving” on transmission of the virus between children, so the Government must be cautious.

He said new coronavirus cases had increased “a bit” in recent days, but that the increase in testing was “likely” to be behind it. 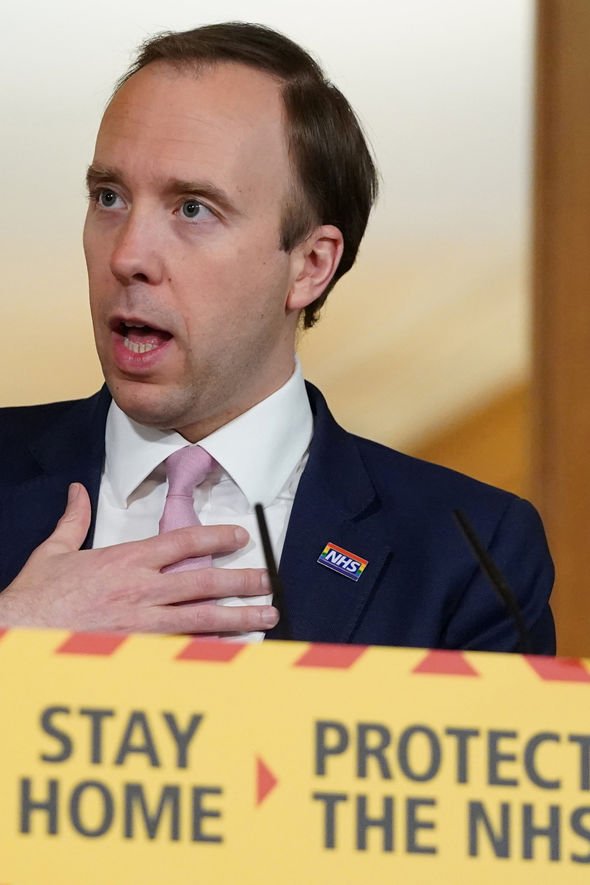 He went on: “Overall, I think the number is relatively stable and that is a good sign and reflects that the level of infection is falling.” Prof Powis said officials will be studying whether stricter measures will have to continue to apply to the over-70s when the national lockdown is eased.

But he added: “The over-70s can be absolutely fit and healthy, it’s not the case that everybody over 70 has a chronic health condition or underlying disease.

“As we look forward I think it’s a perfectly reasonable question to say how would [easing the lockdown] work in age groups and age bands? “Although we do know that complications and unfortunately deaths are more common in the elderly, even without complications, I think that’s for consideration and that’s work that we will need to do as we move forward.”

Once again the armchair critics, smug know-alls and axe grinders have got it hopelessly wrong.

The dismal quality of their judgment is matched only by their relentless negativity.

When the Health Secretary Matt Hancock bravely pledged to achieve 100,000 daily coronavirus tests by the end of April, they uniformly sneered that this target was unattainable.

It was an act of folly even to set out such an ambition, they declared in mocking tones.

Create your own survey at doopoll.co

Earlier this week, they were still predicting that the goal was far out of reach. But Matt Hancock has heroically confounded all his detractors. The summit has been reached.

In a remarkable act of collective determination, the Government has not just met the testing target, but smashed it.

The 122,300 tests delivered on Thursday is an astonishing total given that the Government was struggling to carry out 9,000 less than a month ago. Hancock fully deserves his moment of triumph. He put his reputation on the line, and has been magnificently vindicated. Throughout the process, he has shown both cool leadership and an ability to galvanise his department.

As Professor Newton said, it was “the biggest expansion in diagnostic capacity in recent times”. The phenomenal expansion of our testing system will transform our national fight against Covid-19. It will not only enable virus-free workers to return to their jobs, but will also identify carriers. it is all part of a pattern of logistical achievement by the Government, as highlighted by the emergency Nightingale hospitals and the 700,000 citizens’ army of NHS volunteers.

The test milestone shows the battle against the virus is finally being won, the outlook brightening. As the Prime Minister put it in his inimitable style, we are now “emerging from the tunnel” and “can see sunlight and pasture ahead of us”.