Students whose exams have been cancelled to stop the coronavirus spread will be given grades so they can still go to college or university, the education secretary has confirmed.

Gavin Williamson told Sky News the full details including who would decide those GCSE and A-level grades and what appeals process would be available would be revealed on Friday.

Pupils are going to be “out of school for quite a considerable time” because it has the “best opportunity” to stop people transmitting COVID-19, he said. All schools acorss the UK will close their doors from the end of Friday – apart from to children of key workers and the most vulnerable.

Mr Williamson said schools will only re-open when it becomes clear that “is not going to have and impact in terms of spread of the pandemic”.

And he explained plans to cancel exams for around 5 million young people but still grade them so they can “have the best opportunities in terms of progressing their education, or going into work or on to college”.

“We’ve already had discussions of outlines with Universities UK and the headteachers’ unions, giving a clear indication of the route we are looking at going down,” he told Kay [email protected]

“We want to make sure that we get any of the concerns from these bodies and take them on board, and make sure we give the best advice to schools and colleges when we issue that tomorrow.”

He added: “There will have to be an appeals process.” 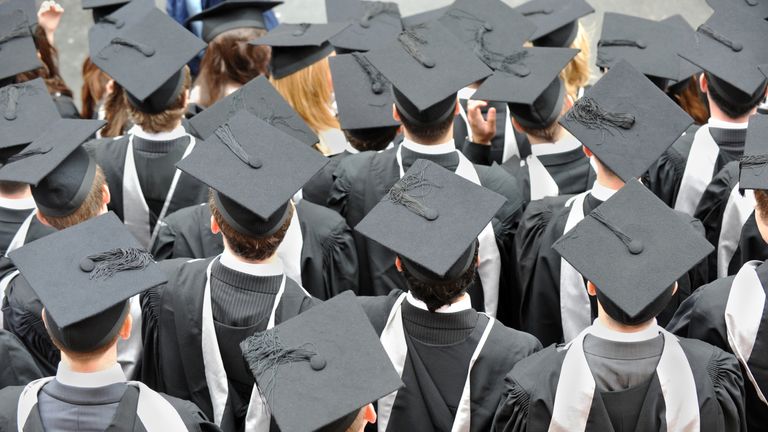 For trainee teachers who will not have reached the number of mandated days in schools to qualify expecting to start in September, Mr Williamson said the government would be prepared to waive this.

He added “key workers” whose children can still go to school includes “all the people within the NHS and within the schools”.

When asked if universities could be bailed out to stop them closing, Mr Williamson said he was looking at making sure they were still “viable” to operate even if they couldn’t open in September or October.

Damian Hinds, a former Tory education secretary, said headteachers he’s spoken to have been “thinking ahead of time” about how to respond to the crisis.

He told Sky News’ All Out Politics that vulnerable children – such as those at risk of abuse or who have a social worker – “will still be able to go to school”.