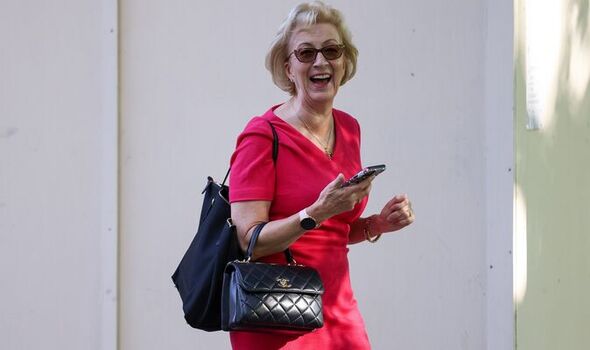 The ex-Cabinet minister quit the 2016 race once she made it to the final two which led to the coronation of Theresa May, without the party having a say. Ms Leadsom said whoever makes it through to the final two must stick it out come what may.

“I’m afraid my example of withdrawing in 2016 really was difficult for the party and for the membership,” she said. Many party members felt that her decision meant Mrs May was not put to the test on the campaign trail.

Ms Leadsom said: “I do anticipate that the 1922 committee will require all candidates to confirm that if they get to the final two, they will go through to the membership and they won’t sort of pull out.”

Ms Leadsom stood for party leader again in 2019 but admitted her campaign “never got off the ground because it was the wrong time”.

She was speaking as her new book, Snakes And Ladders, is launched. She said it was designed to “really inspire” people to go into politics. But she said it also had another message for the public, who often think politics is a “big game of chess” when it is actually “much more like snakes and ladders” and a roll of the dice.