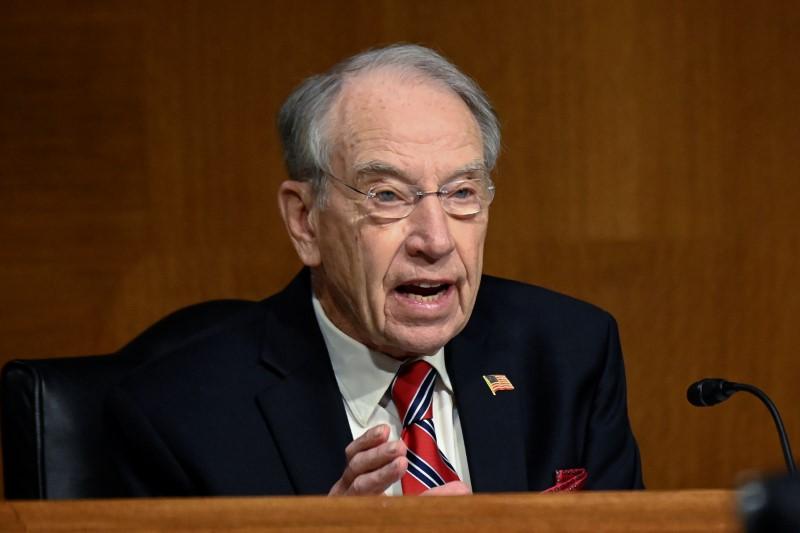 WASHINGTON (Reuters) – Republican U.S. Senator Chuck Grassley on Thursday said he would seek to block two of Donald Trump’s nominees in response to the president’s firing of two inspectors general, citing the need for “checks and balances.”

Grassley has been pressing the White House to provide a rationale for Trump’s decision to dismiss the intelligence community’s inspector general and his counterpart at the State Department, and has said responses from the White House have fallen short.

In statements submitted to the congressional record, Grassley said he would block any request for unanimous consent in the Senate to approve Christopher Miller to head the National Counterterrorism Center without an explanation for Intelligence Community Inspector General Michael Atkinson’s dismissal.

Agency inspectors general are charged with guarding against illegal conduct and mismanagement.

Their job is meant to be nonpartisan, but a president has a right to remove them for any reason. U.S. law requires a president to notify Congress within 30 days of such action.

Linick became the fourth government watchdog dismissed by the Republican president in recent months when he was fired on May 15, leading to charges from Democrats that Trump was moving against internal critics.

In an interview with members of Congress on Wednesday, Linick confirmed he was fired while investigating the declaration of a “national emergency” to justify arms sales to Saudi Arabia, lawmakers said.

“All I want is a reason 4 (for) firing these ppl (people),” Grassley said in a tweet.