David Rose, transport manager at Dr Collin & Son, insisted that his company “prepared well” to be able to export fresh fish to the European Union post-Brexit. But some EU importers have rejected truckloads of Scottish fish since January 1. This is due to new requirements for catch certificates, health checks and export declarations meant they had taken too long to arrive, angering fishermen who are facing financial ruin if they cannot trade. 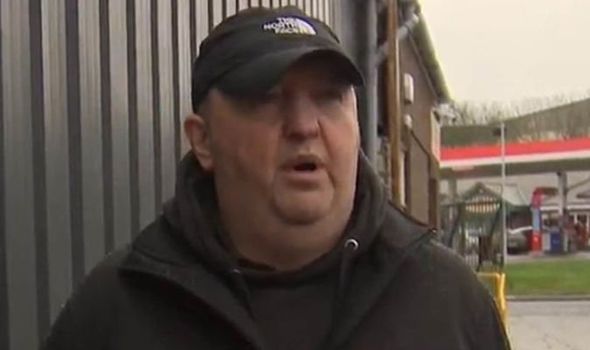 “We’ve had customs trading for the whole office staff so we thought we planned well.

“We had a customs agent lined up, I think some of the customs agents are new to the job because this is a new generation of work nobody has done for 20 plus years.

“I think maybe everybody has had a bit of a shock on both sides and HMRC are not helping our case either.”

Asked who is to blame, the manager added: “I would point the finger at HMRC.

“We can’t get any transit documents raised because we’re on a waiting list for a number to raise documents.

“It is an impact to fishermen as well, we can’t land boats because the product is live produce and bringing it here is just a waste.

“We just need to suspend.”