The former Levelling Up Secretary confirmed he would serve on the Government of any of the hopeful leadership candidates despite publicly backing Kemi Badenoch above her contenders. Mr Gove, who was dramatically fired from his Cabinet position by the outgoing Prime Minister, appeared to have high hopes of returning to his previous Government standing under fresh leadership. To accompany his Cabinet aspirations, Mr Gove also denied the existence of a secretive strategic plot within the Tory party to ensure fellow former Cabinet member Rishi Sunak succeeded Boris Johnson.

Speaking on LBC, host Andrew Marr referenced rumours proposed by Conservative MP Steve Baker of a “clever plot” to secure the victory of Rishi Sunak in the leadership contest.

Mr Marr dubbed the plan the “Rishi Sunak operation” as he suggested: “Right at the end, Kemi Badenoch will fold into Rishi Sunak.”

Mr Gove denied the speculation of his party colleague: “He’s wrong about that.”

He continued: “I’ve been involved in leadership elections myself, backing David Cameron and running twice myself, unsuccessfully – it just doesn’t work like that.” 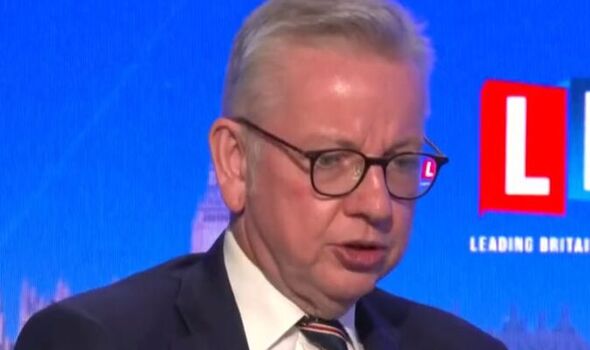 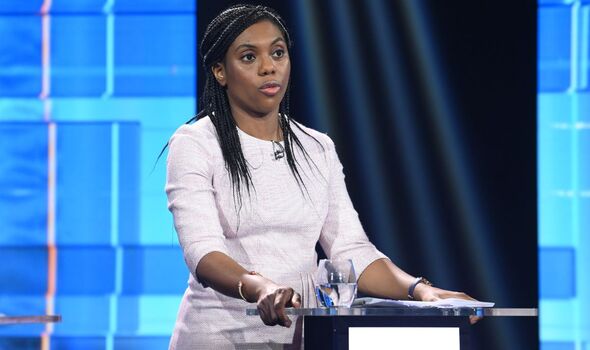 Mr Gove asserted the leadership contest would present a fair opportunity for the most favourable candidate to succeed Boris Johnson and denied the existence of any underlying strategic effort.

“MPs make their own minds up.”

Mr Gove described the allegations of a plot to secure the former Chancellor as the next Prime Minister as “feverish conspiracy theories.”

Read more: Leadership is Rishi Sunak’s to lose as he gets Brexiteer vote 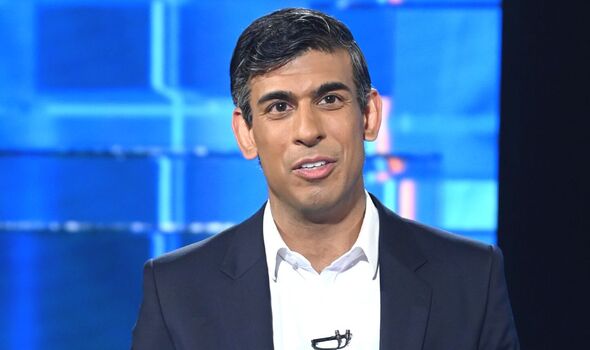 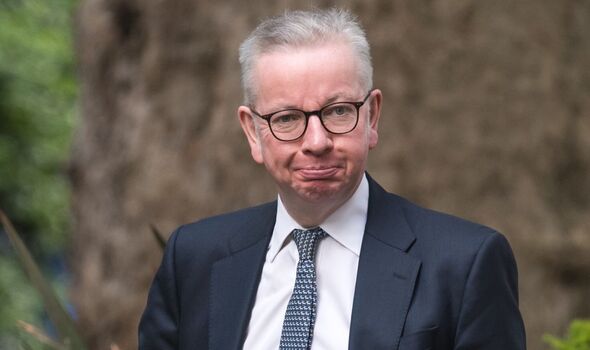 Mr Marr continued on to ask if the former Levelling Up Secretary would serve in the Cabinet of Ms Badenoch’s opposition candidates.

Mr Gove replied: “I’ll serve in any Government if any Conservative leader asks me to.

“Whether or not they will, we will see, but I’m not counting on it.

He concluded: “I don’t wish anybody ill, I just think Kemi’s the best.” 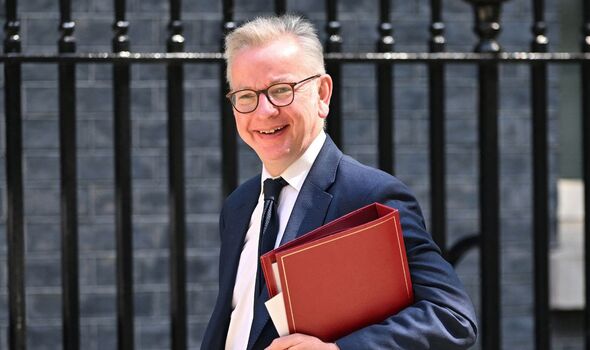 Mr Gove has been an avid public supporter of Kemi Badenoch since the early days of the Tory leadership contest.

In an opinion piece for The Sun, Mr Gove said: “I have no hesitation in saying our next Prime Minister should be Kemi Badenoch.”

He added: “As a Tory leader, she would be Sir Keir Starmer’s worst nightmare.”

Ms Badenoch has retained her position in the race as she emerged from a third round of voting among MPs which saw her fellow candidate Tom Tugendhat eliminated from the contest.

Read next:
Penny Mordaunt clear favourite among readers – ‘Need Brexiteer!’
POLL: Who should be the next Prime Minister as four candidates remain?
Dr Shola tears into Badenoch ‘will campaign against her’
Badenoch is the only candidate to break silence on migration issue
Tory leadership timetable in FULL as candidates back out of Sky debate