Labour’s John McDonnell was red in the face as new Chancellor Rishi Sunak accused him of “fantasy economics”. The Shadow Chancellor was humiliated at Commons roared with laughter at the ruthless swipe. It comes as Mr Sunak announced he was abolishing the reading tax.

Speaking in the House of Commons, Mr Sunak said: “Today I am abolishing the reading tax.

“From December 1 just in time for Christmas, books, newspapers, magazines or academic journals will have no VAT charge whatsoever.

“There will be no VAT on historical fiction by Hilary Mantel, textbooks like Gray’s Anatomy or indeed works of fantasy like John McDonnell’s economics for the many.”

Commons roared with laughter at the Shadow Chancellor who appeared uncomfortable in his seat. 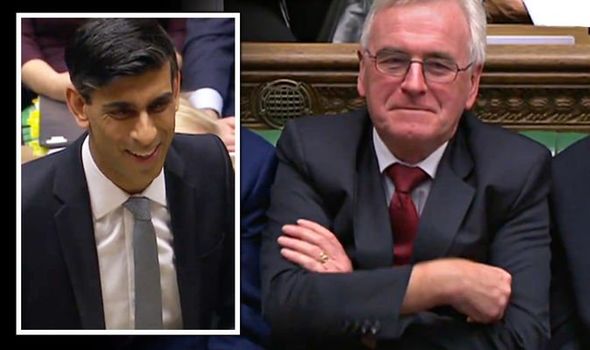 Mr Sunak continued: “The irony is it solved so few in his own little red book.”