The Techne UK poll for Express.co.uk found deep seated support for a rainbow coalition of a so-called “Rejoiner Alliance” among pro-EU voters to overturn the majority’s support to stay out of the EU. It comes after the Tories suffered a crushing double defeat in two by-elections in Wakefield in Yorkshire and Tiverton and Honiton in Devon thanks to an unofficial Rejoiner pact between Labour and the Lib Dems in the two seats.

Asked about support for a Rejoiner Alliance, there was opposition among all voters by 42 percent to 33 percent.

But when narrowed down to the fanatically pro-EU parties of Labour, the Lib Dems, Nicola Sturgeon’s SNP and the Greens then 66 percent backed the pact to reverse Brexit.

Conservative MPs even in safe seats are now considering whether they need a change of leader from Boris Johnson to take on the new threat.

The Techne UK/Express.co.uk tracker poll showed voters are increasingly turned off by the main parties with the exception of people who voted Remain with 70 percent expecting to vote in the next election compared to a national average of 47 percent.

Labour still leads by six points but is down one to 38 percent with the Tories down one to 32 percent. The Lib Dems have rised by 5 points since May to 14 percent.

In the video blog on this story, Techne chief executive Michela Morizzo highlighted that support for the other parties was affected by a lack of confidence in Boris Johnson governent “which for the first time fell below 30 percent to 29 percent a fall of one point.” 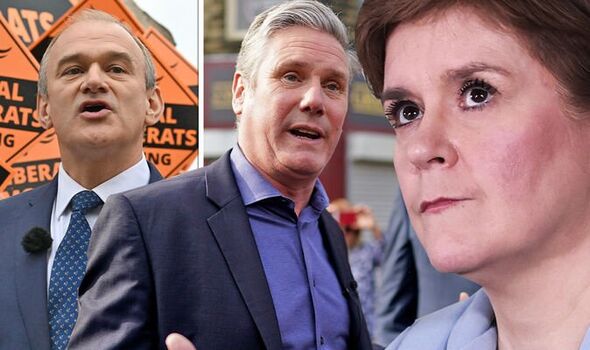 The highest support for a Rejoiner alliance was among Labour voters on 77 percent while among those who voted Remain in 2016 it was backed by 78 percent.

Respondents with degree level education were also the group most in favour on 52 percent.

Unsurprisingly, Leave voters from 2016 were deeply opposed on 96 percent against.

But veteran Tory MP Peter Bone, who led the campaign group Grassroots Out during the referendum, warned that such a move would be a disaster not just for the country but also the individual parties.

He said: “Clearly the Rejoiner Alliance was what lost us the two by-elections.

“In fact had the Lib Dem vote held up in Wakefield we would have won.

“But the only thing that unites these parties is a desire to take us back into the European Union. 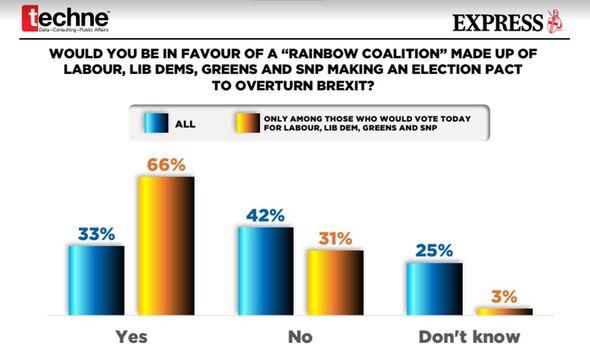 “Such a pact during or after a general election would not last long and quickly fall apart.

“To begin with the Lib Dems would be subsumed by Labour and none of them really agree on policy.

“The SNP wants to break up the UK and the Lib Dems and Labour would have to stop supporting the Union.

“That would be very dangerous.”

Only 40 Conservative seats are safer than Tiverton and Honiton where a 25,000 majority was overturned to return a Lib Dem MP.

While Boris Johnson dismissed the results as “mid-term blues” they have exposed the opportunity for a Rejoiner Alliance which would take the UK back into the EU in stages.

Have your say: Is Boris wrong man for Tory Party? [REACT] 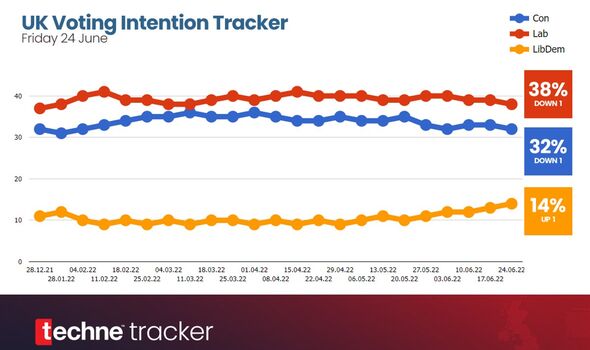 But Mr Bone added: “If they united on a single ticket to take us back into the EU or Single Market then that would be good news for the Conservatives.

“We would win a Brexit election again given that choice.”

The tracker poll of support for the parties showed that both the conservatives and Labour dropped a point to 38 percent and 32 percent respectively.

The Lib Dems went up one to 14 percent.

But according to Electoral Calculus only a Labour, Lib Dem and SNP Rejoiner alliance could govern on the basis of that projected vote share. 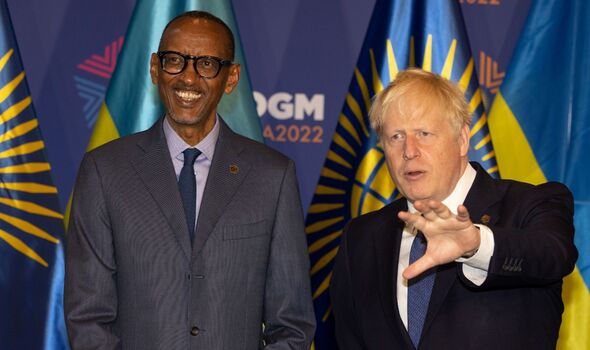