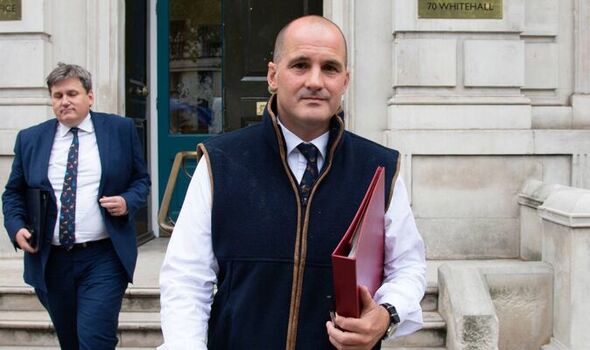 Candidates will be asked how they plan to appeal to former Labour voters who backed the Tories for the first time in 2019. They will also come under pressure to promise the north of England funding for projects such as transport schemes.

The hustings is to be organised by the Northern Research Group, regarded as the “trade union” of Conservative MPs in the north, chaired by former Local Government Minister Jake Berry. There had been speculation that Mr Berry would stand for the leadership himself, but last night he ruled himself out of the contest.

He said: “Whilst flattered to be asked by colleagues to throw my hat into the ring, I believe my job and the role of the Northern Research Group during the leadership election will be to ensure our core pledge to level up, is not ignored.

“It is simply not right that a child born in the north has a life expectancy ten years below a child born in London. That’s why the Northern Research Group will be hosting hustings for candidates as well unveiling a series of core principles in the coming days that we want to see leadership challengers adopt.

“These will include a fair funding formula for all regions and a twin track education system that offers half of all young people the chance of a higher level apprenticeship.”

Mr Berry called on the candidates to make it clear they remained committed to Boris Johnson’s flagship “levelling up” policy, designed to improve transport links, health services and skills in regions including the Midlands and the north.

He said: “In order to deliver for the 14 million who voted Conservative in 2019 we need a New Deal for Britain.

“Incremental government has had its day, it’s time for radical solutions to level up every region in this great country.”