The impartial Institute for Fiscal Studies found increases had been “significantly smaller” than south of the Border, where the Conservatives have been in power for more than a decade. Its analysis of official estimates said spending on health per person had gone up by 3 percent in Scotland, compared to 10 percent in England during the 2010s. And before that in the 2000s it went up by 63 percent north of the Border compared to 80 percent in England.

As a result, Scottish health spending per person is now only 3 percent higher than in England, compared to 22 percent at the start of devolution.

The economic think-tank noted the cross-Border spending gap had increased from 21 percent in 2009–10 thanks to the Barnett formula.

This compared with less than £6,000 in England but the IFS noted “Scottish secondary pupils do not outperform their English peers on international assessments”.

The report triggered calls for an urgent explanation from the First Minister with the SNP’s record on hospitals and schools under fire in the Holyrood election campaign. 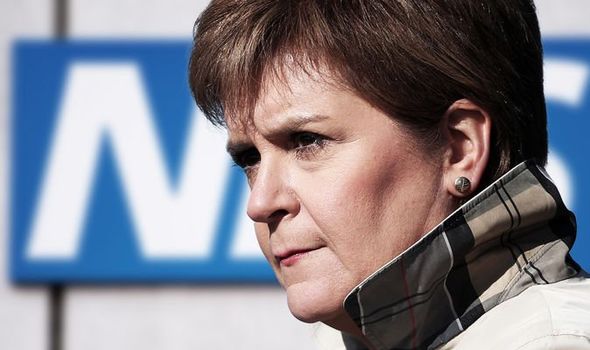 Scottish Tory health spokesman Donald Cameron said it was further evidence that while public spending in Scotland is higher than elsewhere in the UK it “does not equate to better services or outcomes, as can be seen with education.”

Condemning the SNP’ “appalling record in power”, he added: “We see that UK Government spending on the NHS has increased at a much faster rate in England than it has in Scotland under Nicola Sturgeon and her predecessor Alex Salmond.

“The data starkly illustrates that the NHS in Scotland is less of a priority to the SNP, despite their noisy rhetoric.”

Scottish Labour’s health spokeswoman Jackie Baillie said the next parliament must be focussed on “uniting and rebuilding” the NHS in the wake of the Covid pandemic.

She said: “The last year has made it clearer than ever just how valuable our NHS is, and it is unacceptable that these vital services are being short-changed despite record levels of public spending available in Scotland. 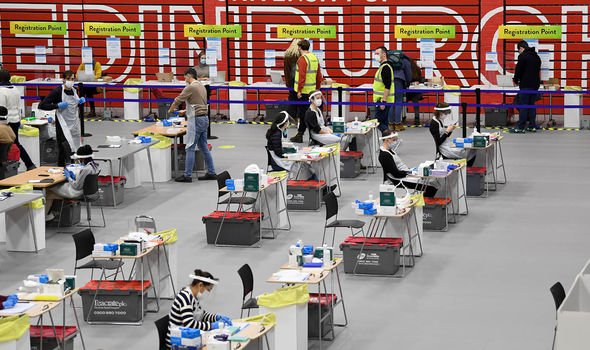 “Nicola Sturgeon failed to pass on the full Barnett Consequentials to the NHS when she was Health Minister so we now face the twin challenges of recovering from the very immediate crisis created by Covid-19, while restoring our NHS after a decade of mounting problems and underfunding.”

Willie Rennie, the Scottish Lib Dem leader, added: “Scotland needs a government that will put the recovery first and focus on getting bang for every buck of public spending, not an SNP government who will be happy just to divide us with another independence referendum.”

He said: “Per-person spending in Scotland is higher than in England for virtually all public services, but devolution allows the Scottish Government to make different choices from the UK Government over which services to prioritise.

“Over the past two decades, under both Labour and SNP-led administrations, the NHS has been prioritised to a lesser extent than in England.”

The findings come just weeks after it emerged Scotland has been handed more funding per person to tackle the coronavirus than England – but some of it has been spent on policies unrelated to the pandemic.

Last month the (IFS) found a growing cross-Border spending gap, with the SNP administration in Edinburgh having more than £1.30 per person to spend on public services for every £1 south of the Border.

“The convergence in funding is an example of the Barnett Squeeze – if Scotland keeps pace with percentage increases then it costs us more than we get in Barnett consequentials.

“That is why Scotland must have the full fiscal powers of independence.”