The survey predicted the SNP will return 70 of the 129 MSPs, giving Ms Sturgeon a majority of 11, while her separatist allies the Greens would return a record 11 MSPs. Although the poll suggested Mr Salmond’s new Alba Party would fail to win a seat, the Holyrood chamber would still contain a large majority of pro-independence MSPs.

Ms Sturgeon has vowed to hold another independence referendum by the end of 2023 even though Boris Johnson has ruled out transferring the necessary powers.

The Ipsos Mori poll for STV News showed independence was still the most important issue when voters decided which party to support (49 percent).

Support for leaving the UK was the same as when the pollster conducted its previous survey in February, with 52 percent support and 48 percent opposition. 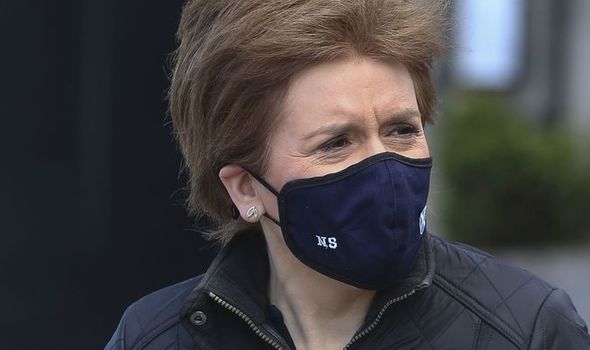 The poll put the SNP 53 percent of the constituency vote, with the Conservatives on 20 percent, Labour 18 percent and the Lib Dems on 6 percent.

It is estimated that the results would see the Conservative lose seven seats with 24 and Labour down five seats to 19.

The Lib Dems would get four seats, down one on the 2016 election. Ipsos MORI conducted telephone interviews between March 29 and April 4. 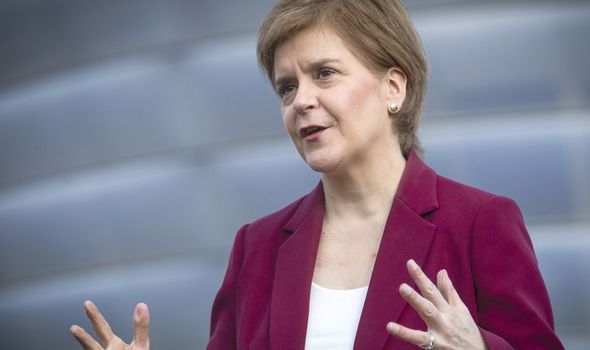 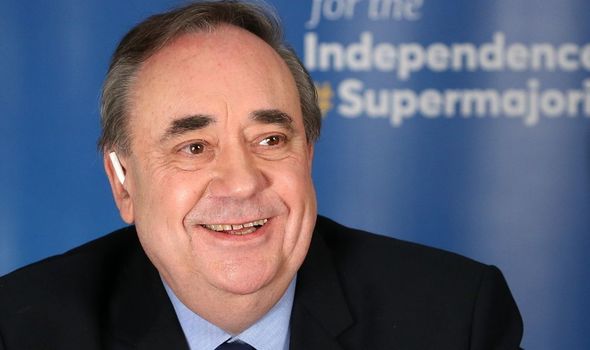 Ms Sturgeon tweeted: “Great polling for the SNP – but it’s votes in ballot boxes that count.”

Mr Salmond said all the three polls since its launch have shown “identifiable support” for Alba and as “name recognition gets across we will gain further ground.”

Scottish Tory leader Douglas Ross said: “The future of the country is at stake.

“If the SNP win a majority they want to take us into another independence referendum within the next couple of years.

“It’s clear that over the last five years we’ve held the SNP government to account, and we are the party that people can unite behind to stop an SNP majority.”

But there is no space for George Galloway’s All for Unity party and he has vowed to take legal actions against the broadcaster for what he branded a “blatantly unlawful decision”.

As well as being excluded from the debate, Mr Galloway complained the channel was doing a one-to-one interview with Mr Salmond even though the Alba Party is running only on the regional list. 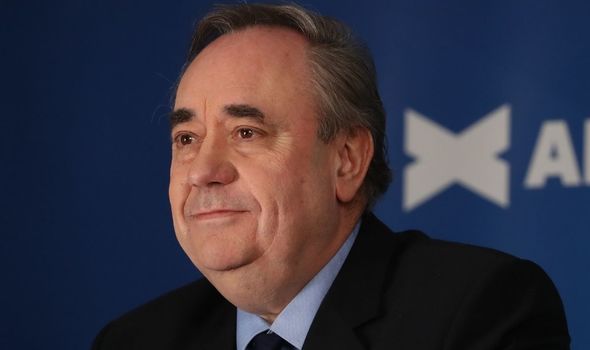 Announcing the move on Twitter, Mr Galloway said that the broadcaster, which he dubbed “SNPTV”, would now “face us in court”.

Linda Grimes Douglas, head of news and current affairs at STV, said: “It’s a hugely exciting time for Scottish politics and our team is primed and ready to bring viewers the most comprehensive coverage of Election 2021.

“From our leaders’ debate and one-to-ones on Scotland Tonight, to analysis and on-the-night updates as part of special programming – alongside fully comprehensive ongoing updates from across the country on STV News At Six – we’ve got it covered.”