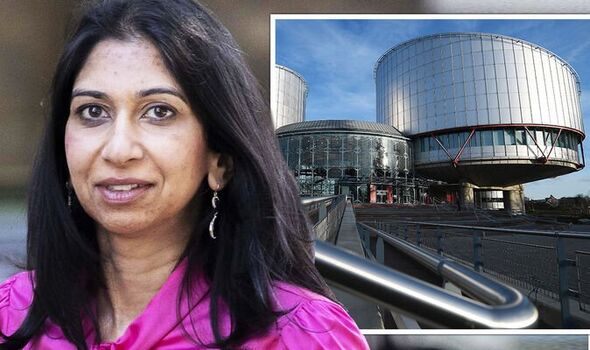 Ms Braverman today called on leadership candidates to commit to leaving the jurisdiction of the European court of Human rights.

She said:” When people voted for Brexit they expected we would take back control of our borders.

“It is unacceptable that a foreign court had stopped the Rwandan deportation flight.

“The British people should be able to vote for their priorities and expect that their government can carry them out. This is the definition of taking back control.

“As Attorney General I’ve seen first hand the problems the ECHR has caused us.

“Obstructing lawful, politically legitimate deportations by going to the ECHR destroys trust in politics. And does nothing for public safety, or the wellbeing of the victims of people smugglers.

“Keeping us in the ECHR simply fuels the misery of people trafficking in the channel. With all the horrible tragedies that inevitably result from that. We should be better than this.

“We have a long, proud history of respecting human rights in this country. But the ECHR has become a political court which is thwarting our democracy.

“If any of the candidates are serious about tackling illegal immigration and fully taking back control of our borders then they must also commit to leaving. “